Home Community Features & Events A Day at More than a Museum 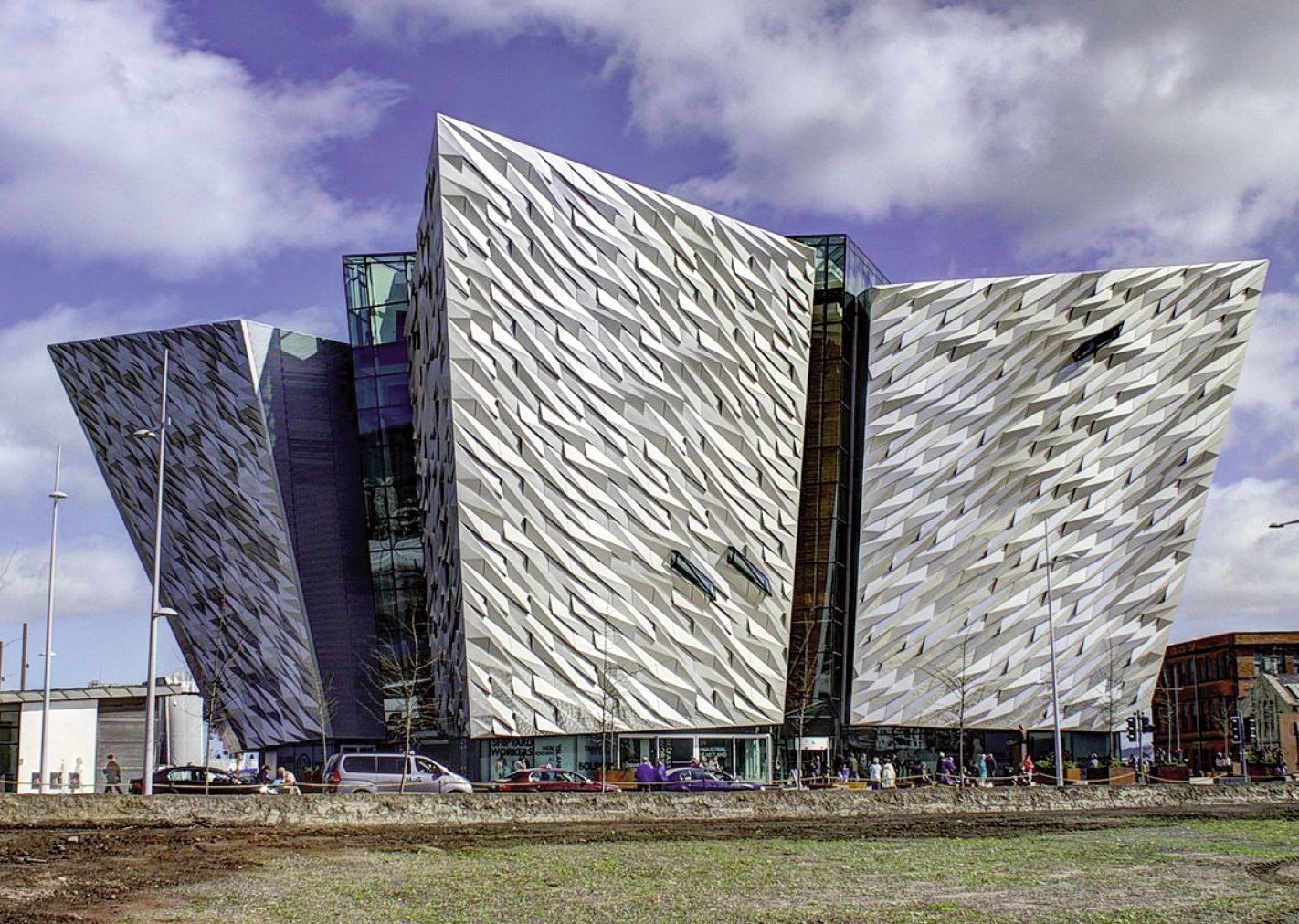 A Day at More than a Museum

It was 1.15 in the afternoon. My wife issued the order of the day. If we get split up, meet in the cafeteria at 3.

Sure we’ll be through this long before then.

Suffice it to say, I was way off on my estimate.

By three o’clock we hadn’t even reached the point where the Titanic sinks.

So here we were, finally, in the Titanic Museum alongside Belfast Lough and a city made famous by many things, some glorious, some not.

It’s hard to fit the Titanic into neatly defined brackets. It was glorious and vainglorious. It was an incredible achievement with a tragic ending. It is a story that is lasting a lot longer than the ship itself.

Unlike the ship, that story simply refuses to sink.

So here we were, the two of us and two of our grown kids. A party of four in the midst of many parties of all sizes. The museum, suffice it to say, was jammers.

A few years previously my wife Lisa and I had been here. The museum building was complete on the outside but the work was still underway inside its angular walls. We had to content ourselves with staring at said walls, and into the big hole in the ground where Titanic had been hammered together.

So now both the hole in the ground - more accurately the dry dock - and the museum building were open for business in what Belfast hails as its “Titanic Quarter.”

And we were by now deep in the building and its very internal quarters.

First impression. They didn’t skimp on this. The Titanic Museum is crammed. This is both inviting and intimidating.

I am, I believe, a typical museum and exhibition goer. That is I get fidgety when I feel that I might miss something, and skip things when I feel overwhelmed by what is on offer.

But size helps in this instance.

The museum structure is impressive, big, but not too big. It’s not like, say, the Natural History Museum in New York where you might want to organize your own rescue party before stepping across the threshold.

No, here it’s a sense that you will get through this building in short order if you skip a lot of stuff. That said, you quickly find yourself skipping little or nothing. It pulls you in and keeps you focused.

I suppose that’s why they call it the “Titanic Experience.”

The story that unfolds is intense and varied. As you pass into the different nooks and crannies of the museum a tale far broader than the Titanic alone is revealed. Here is the story of a time, a city, its people, the broader world in which it sat, snugly, in the top left corner of an island on the edge of Europe.

There are narrators, actors playing real people, talking to you, talking among themselves. Early on I hear a snatch of narration stating that it was next to impossible for a Catholic to get a job in the Harland and Wolff shipyard of Titanic’s time.

Then again, even if you got a job you could look forward to long hours of extraordinarily hard labor for a wage that barely made the category we know today as “living.” And you could lose your job at the drop of a hammer. Literally. And it mattered little if your name was Billy.

Along the way through the museum you can take an internal voyage in a kind of ski lift. It rises up and down with vivid images on all sides, but more especially voices and sound effects from the shipyard long ago. No skipping this bit, this immersion in a time when Belfast was a global center of ship construction.

And then there is the story of the construction of the Titanic, its launch and first few days of magnificent size and splendor. Titanic’s sister ships, Olympic and Britannic, are afforded supporting roles in the story. But there’s only one true star here, pride of the, well, White Star Line.

And so we proceeded through the creation, the launch and the demise of one of the most famous ships in maritime history on that starry night in April, 1912.

Our voyage through the museum took a tad longer than it took the Titanic to slip beneath the waves after hitting the iceberg.

Towards the end of what was an absorbing afternoon we reached a film theater in which we were able to look down, as if in a submarine, at film of the wreck and wreckage of the Titanic almost two-and-a-half miles down on the floor of the Atlantic.

This was the sole “eh, what” moment of the afternoon. The film was absorbing but the glib commentary was not a good match for what we were looking at. If ever there was a job for Richard Attenborough this was it.

But this was really just a little static on the Marconi wireless. The last stretch focused on the story of Titanic in popular culture. And that story, for sure, has lasted the test of over one hundred years.

Titanic was a falling curtain in one sense, falling on the stage of a gilded age that was soon to be engulfed in war.

But the Titanic Museum and its in-built Titanic Experience, is the opposite; it is a curtain raiser on a story of a time, a place, a people and a floating world of its own.

Well after 3 p.m., indeed after 4, we walked out of the building and, unlike so many unfortunates on the Titanic, onto dry land, albeit ground reclaimed from the sea back in the mid nineteenth century.

No reclaiming the Titanic. But no way of forgetting it either. The Titanic Museum, in all its architectural glory, is easily worth a second visit, a return voyage.