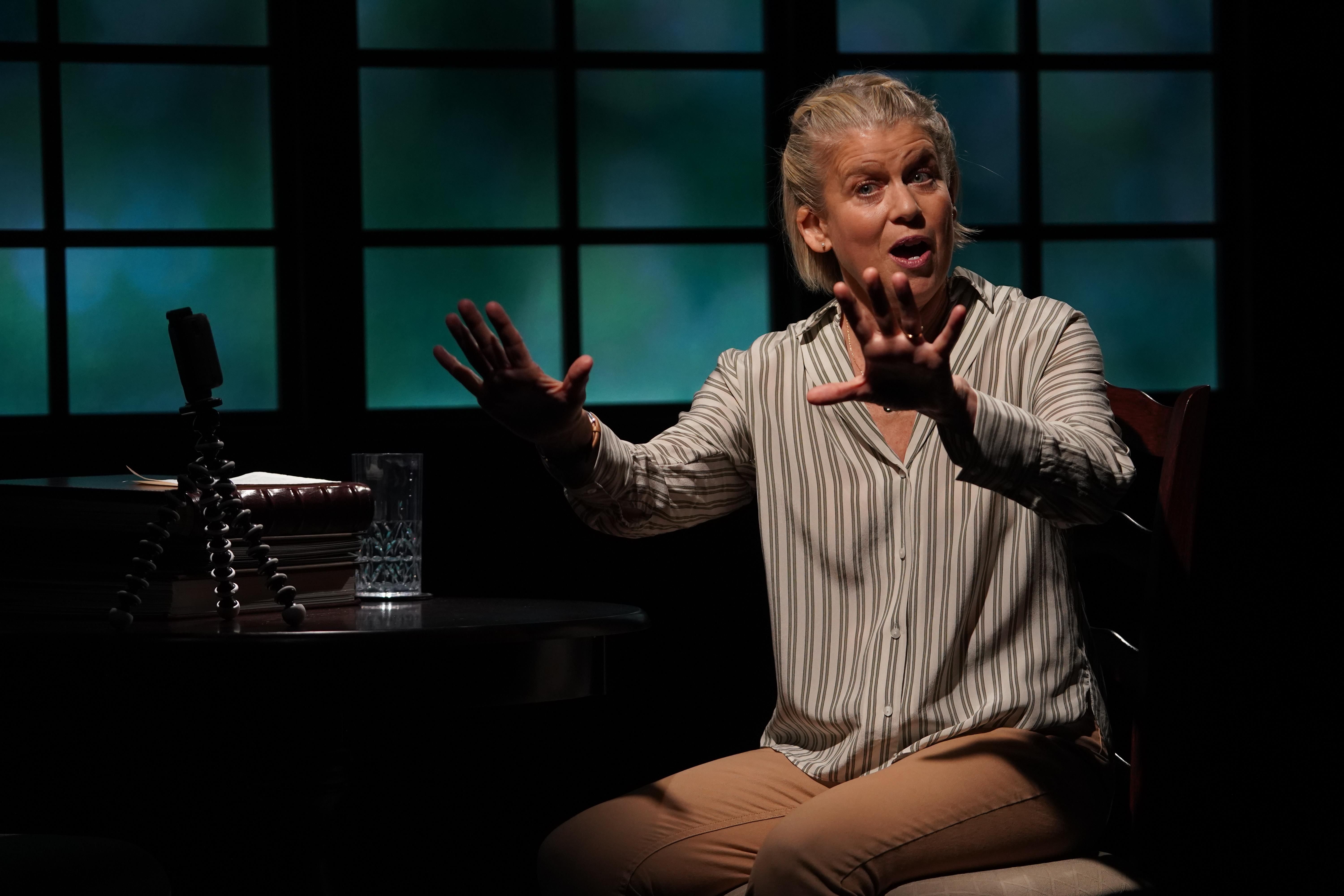 Tracy Thorne in "Jack Was Kind" at the Irish Rep. [Photo by Carol Rosegg]

“Jack Was Kind,” a solo show written and performed by Tracy Thorne, makes its debut in New York having gained momentum via a path common to small but resourceful production teams during the recent global pandemic. The show first came to public attention in October 2020, when theaters were dark and indoor gatherings prohibited, on Zoom, and produced by All For One Theater, a midtown venue that specializes in shows by solo performers. Positive reviews praised Thorne’s examination of the complicity of the privileged in maintaining their exalted social status in the face of the misconduct of their class. And now, two years later, the play gets its first live outing in the Irish Rep’s intimate basement venue, the McLucas Studio Theater.

Thorne’s play is framed as a self-exculpatory monologue by a middle-aged woman named Mary, via Zoom, speaking with an unidentified person on the other end of the call, likely a therapist, who makes no contribution to the narrative.

Mary expounds at length, and then some, on her idyllic suburban life as model wife of the marvelous titular character, Jack, her devoted husband of more than two decades. Jack is a gent who hangs on her every word, makes her feel special every day, and is a doting dad to their two children, a college-age daughter and a teenage son. He’s an excellent athlete, of course — he captained every team he ever played on. And, naturally, he coached his kids’ soccer teams with great results. A driven and successful attorney, Jack still found time when his career arc was in the ascendant to skip work on a Saturday and take his son to a baseball game, when brute ambition dictated that he should go to the office.

Why is Mary telling us all this, we wonder?

Unsurprisingly, there is trouble in paradise. It turns out old Jack was kinda malevolent. Disturbing undercurrents burst though like a water main break, as Mary describes them, when her husband is accused of sexual misconduct at an interview to further his ascent to the very top of his profession. Mary finally admits that she has spent years turning a blind eye to her husband’s dark side, and torments herself for the delusions she willfully embraced to maintain the carefree life he provided. True to her own determined shallowness, she is concerned more with fractures in family harmony (her daughter reviles her for suppressing the obligation to do the right thing and jettison the status quo), and the shame that follows revelations of Jack’s misconduct, than the long-term damage done to the women he has wronged.

Thorne’s Mary brings a brittle intensity to her examination of highly-charged #MeToo issues of abuse of subordinates by those in power. But the core of the drama hinges on a late reveal in Mary’s confession, held back way too long in the 80-minute show to have relevant impact on the drama. The narrative escalates suddenly, and unconvincingly, from a local suburban and tainted utopia, to a national level scandal — namely, accusations of sexual misconduct at an actual Senate Judiciary hearing in 2018. Injecting this real-life event late into Mary’s story makes little sense, and derails the good work that has gone before. Either the play boldly goes all-in on these real events, and the producers keep their attorneys on speed dial, or it sticks to its prior track of confessional fiction. Conflating the two, late in the game, doesn’t work at all.

The show will run at the Irish Repertory Theater, 132 West 22nd St., through Dec. 18. Tickets at irishrep.org.