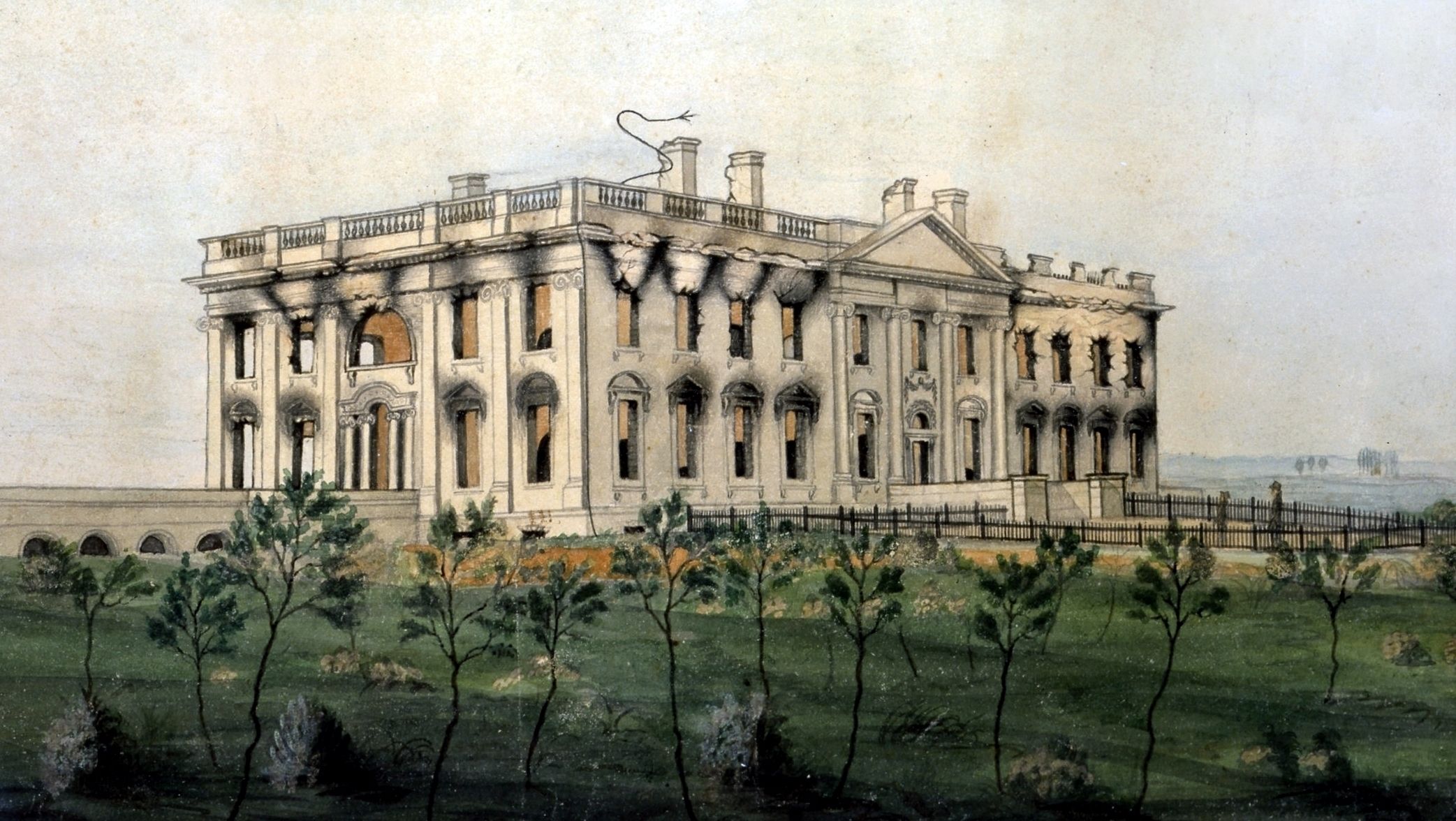 Many Irish Americans recall that the County Kilkenny-born James  Hoban was the architect of the White House, but few recall the name of Major General Robert Ross of Rostrevor, Co. Down, the man who ordered the home of the American president burned. A brilliant and daring soldier, Ross is one of the most successful foreign generals to have ever fought on American soil, though today he has become an obscure figure and his glorious defeat of American forces is largely forgotten.

Ross was born into an Anglo-Irish military family in 1766. His father was a veteran of the Seven Years War. He studied at Trinity College Dublin, but it was a certainty that he would follow in his father’s footsteps and become an officer. Ross joined the British Army in 1789, serving with distinction as an officer under the Duke of Wellington in several battles during the Napoleonic Wars, including the Battles of Maida and Corunna, where his successes earned him a  promotion to Colonel. In 1809, he was sent to serve in the Peninsular War, including the Battles of Vittoria, Roncesvalles, Sorauren, and Orthez. He was wounded in the neck at the Battle of Orthez in France on Feb. 27, 1814.

Across the Atlantic, Britain was at war with the United States. Ross was commissioned as a major general and sent to North America with a force of 4,000 men, as commander of "all British forces on the East Coast.” Ross never imagined that his tiny force of 3,500 men with 1,000 marines as reinforcement, without cavalry and with hardly any artillery, could march 50 miles inland and capture the enemy capital, but he would be able to accomplish the seemingly impossible.  After landing with his invasion force in Southern Maryland, Ross moved toward the capital, paralyzing American commanders with a series of brilliant feints. Outside Washington, Ross led his troops to a smashing victory over a larger American force at Bladensburg on Aug. 24, 1814, which left the path to Washington undefended.

Ross and his men entered Washington just ahead of Dolly Washington who saved George Washington’s portrait from the invading British. Ross ordered the burning of Washington. His men set fire to the capitol and the White House, extensively damaging the interiors and the contents of both structures. Ross, however, ordered the preservation of private property, threatening his men with punishment if they disobeyed. The general, eager to rejoin his young family and return to Rostrevor, wrote to his wife, Elizabeth, that the capture of Washington was a “disgrace” that would force the United States to quickly make peace. News of Washington’s capture reached London on Sept. 27, 1814, sparking celebrations across the city. Overnight, Ross became  a national hero. In Rostrevor, joyous citizens threw a banquet and illuminated the streets with bonfires.

But by then, Ross was dead.  Three weeks after the burning of Washington Ross and his troops marched towards Baltimore. Along the way  the British encountered American skirmishers. General Ross rode forward to personally direct his troops. An American sharpshooter shot him through the right arm into the chest. Ross died while he was being transported back to the fleet. The stunning American victory after Ross’s death would inspire Francis Scott Key to pen “The Star-Spangled Banner” and allow the United States to sign a peace treaty without ceding any land to Britain.

News of Ross’s death saddened Britain. The prince regent bestowed upon the family the title Ross of Bladensburg. The local nobility and gentry joined with Ross’s former officers in 1826 to raise a 100-foot-high granite memorial on a hill within view of his heartbroken widow’s home. Ross is also commemorated by a National Monument in St Paul's Cathedral in London, which reads:

DEDICATED AT THE PUBLIC EXPENSE TO THE MEMORY
OF MAJOR GENERAL ROBERT ROSS WHO HAVING UNDERTOOK AND EXECUTED AN ENTERPRISE AGAINST THE CITY OF WASHINGTON, THE CAPITAL OF THE UNITED STATES OF AMERICA WHICH WAS CROWNED WITH COMPLETE SUCCESS WAS KILLED SHORTLY AFTERWARDS WHILE DIRECTING A SUCCESSFUL ATTACK UPON A SUPERIOR FORCE NEAR THE CITY OF BALTIMORE ON THE 12TH DAY OF SEPTEMBER

Over the years, Rostrevor and the surrounding area became predominantly Catholic. By the mid-20th century, the memorial had become forgotten and neglected. It remained overgrown and untended during the Troubles.  Ivy had grown up the side of the obelisk and the hillside became covered with firs and briars. The letters “IRA” were spray-painted in green letters on the side of the monument. Its very obscurity, however, may have saved it from the fate met by Admiral Nelson’s Pillar, in Dublin, which  was blown up by the republicans in 1966.

In the aftermath of  the Good Friday accord, the local Newry and Mourne District Council, although dominated by Irish nationalists, agreed to refurbish the monument, and it reopened in 2008. The obelisk recalls a dark hour in American history and a  hero of a battle Americans would just as soon forget.