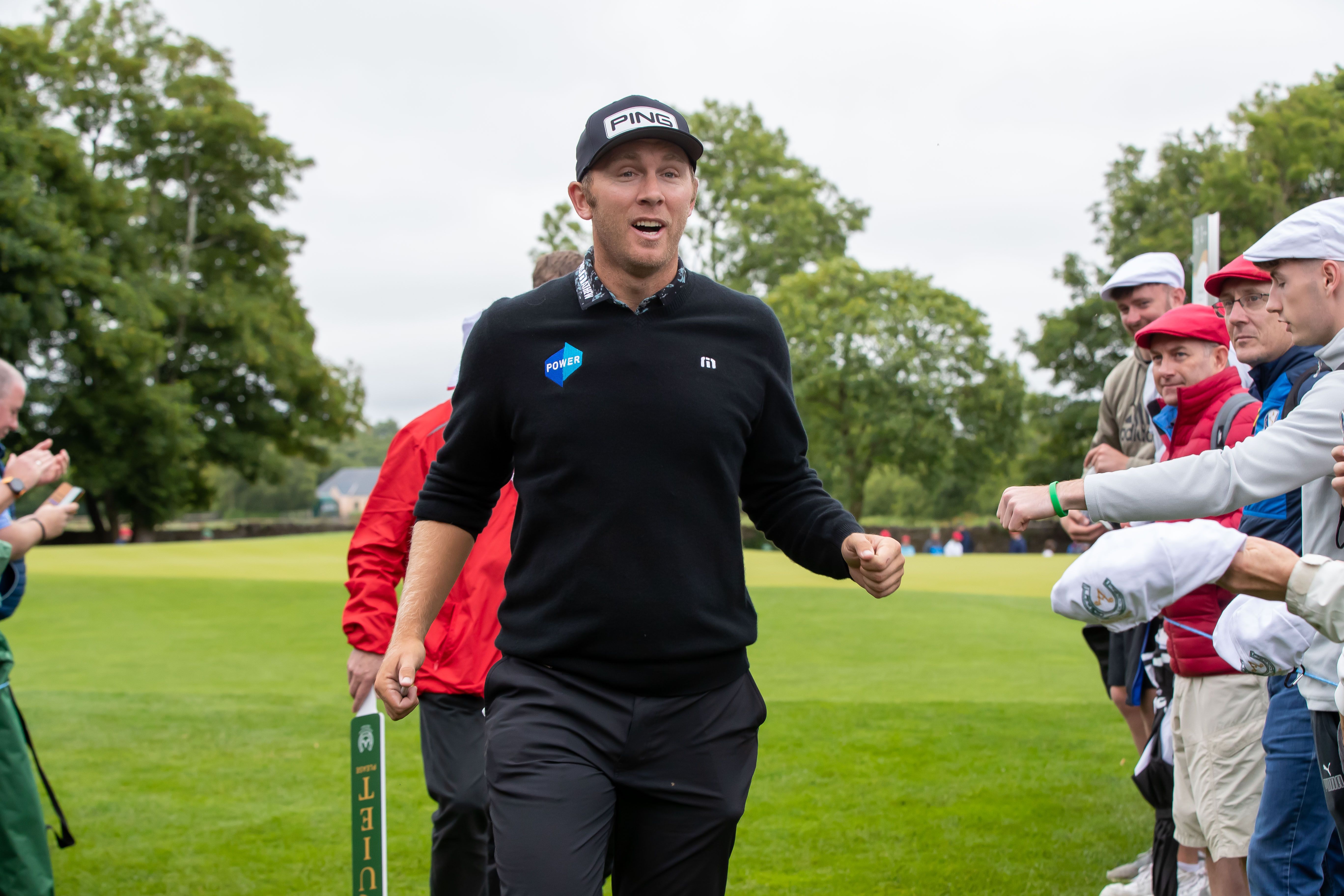 Power keeps his form in Mexico

Seamus Power went south of the border for this past week’s PGA Tour excursion and while he didn’t leave victorious as he did the previous week in Bermuda, his game remained humming at a high level.

Power worked out a share of third place in the World Wide Technology Championship at Mayakoba in Mexico. A glittering third-round 63 boosted Power to the top portion of the leaderboard, although he was still seven strokes behind Russell Henley, who had led from the start. Henley could afford to play conservatively on Sunday, and his closing 70 was good for a four-stroke victory over Brian Harman, with Power and four others another stroke back.

After opening with rounds of 67 and 68, Power began Saturday’s round with a birdie at the first hole. He played the next five holes evenly, got his second birdie of the round at the par-5 seventh hole, and then rang up an ace at the eighth hole. Playing at 137 yards, Power’s ball landed on the front of the green, took a couple short hops and then beelined for the cup.

That was only the beginning, however. Power then holed out from the fairway for eagle-2 at the 11th hole. The ball landed beyond the pin a few feet and then spun back toward the cup and dropped in. A birdie at 14 was his when he blasted out of a greenside bunker without need of drawing his putter.

“It was one of those days I was burning edges all over the place with putts, so it’s kind of weird a couple of wedge shots went in, so that’s golf sometimes,” Power said. “I had a couple of good visuals for those shots,” he added as he described having nearly holed out at those spots on Friday.

Power didn’t have quite the same oomph to his game on Sunday but he struck his second bogey-free round, hanging up a 68. To his credit, he sank quite a few crucial par saves of five feet or longer.

Power emphasized that he didn’t feel any letdown from last week’s triumph.

“I actually feel great after last week,” Power said. “Sometimes it’s easy to overplay. I took five weeks off after the playoffs in Delaware. I needed to get the energy levels and the fun of the game back in there. Confidence is a huge thing in golf. [After a win] you’re playing a little freer, I think, your confidence is high, you’re feeling good about your game.”

Power picked up enough FedEx Cup points in Mexico to climb from fifth place to the top spot, supplanting Keegan Bradley. He also ticked up three spots on the Official World Golf Rankings, from 32nd to 29th. Finally, he moved up to fourth place on the European Ryder Cup World Points list, which, if he can hold that spot, will earn him a position in Rome next September.

Padraig Harrington was only nine years old when Bernhard Langer won his first European Tour event in 1980. Fast forward 42 years later and Langer is still a force in the game. The German cruised to a six-stroke victory in the TimberTech Championship in Boca Raton, Fla., where he now makes his home. Harrington, trying to advance in the Charles Schwab Cup points chase, placed fourth, seven strokes behind Langer.

Harrington got off to a sluggish start, which comprised his first 19 holes. He hung up an even-par 72 in Friday’s first round and then started poorly on Saturday with a triple-bogey 8 at the first hole. But he shrugged that off, worked out three birdies on the front side and made the turn even for the day. He closed out the round by blasting out of a greenside bunker for an eagle-3, his second such achievement on the back nine. Another 67 followed on Sunday, although he had no impact on Langer.

Darren Clarke tied for 13th place at 4-under-par 212 (72-66-74). Any chance he had of finishing in the top 10 unraveled on the front nine on Sunday, as he lost seven strokes to the par-4s there, of which there are five. After recording a snowman at the ninth hole, he went bogey-free on the back nine.

The season ends with this week’s Charles Schwab Championship in Phoenix.

Tom McKibbin earned his DP World Tour Card for 2023 with a 10th-place finish in the Challenge Tour Grand Final in Spain. The 19-year-old who followed Rory McIlroy’s path through Holywood Golf Club in County Down finished joint-sixth, three strokes off Nathan Kimsey’s winning number, and 10th on the Road to Mallorca standings.

McKibbin was in a bit of a perilous position after consecutive rounds of 73 to open. At that point, he was projected to finish 19th on the Road table, with the top 20 earning their cards. He hit his stride over the weekend, however, forging rounds of 70 and 66 to move comfortably up the ladder.

McKibbin will become the youngest Tour member since McIlroy earned his card at the age of 18.