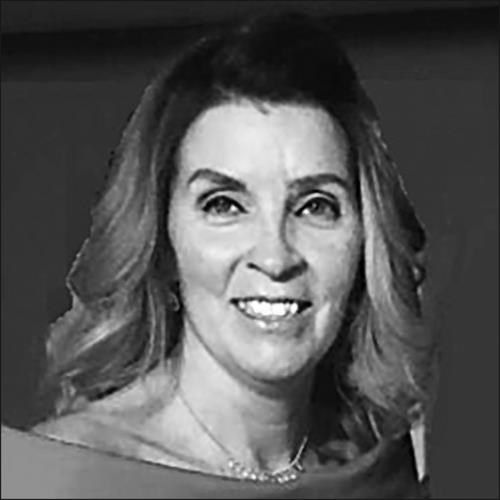 The New York and Boston Irish and Irish-American communities were shocked to learn about the death of Liz McVeigh, at a relatively young age. Liz passed away on Nov. 6 in Boston, after bravely battling a terminal illness for several months.

Gaelic followers will fondly remember Liz as a key player with the very successful Cavan ladies team over two decades ago, plus she was also a very accomplished road-runner. She was a tenacious and stylish player, and she also ran a successful hair-styling salon in Queens before moving to Boston. Later when she relocated to Beantown, Liz continued her athletic career and would become an inspiring coach with a number of ladies football teams. Liz is survived by her husband Barry Hunt, son Oran, stepson Shane, along with brothers, cousins, nieces, nephews and, a wide circle of friends. Liz was also a very active member of the Irish Community in Boston.  A large contingent of her former team-mates travelled to Boston for the wake and requiem Mass. Her funeral mass was celebrated at St. Elizabeth’s Church in Milton, and she will be interred in her home-town of Newtownforbes, Co. Longford. GAA Elections After the regular meeting in the Riverdale Steakhouse next Thursday, there will be a nomination of officers for the various posts for the upcoming season.  So attendance is imperative if you wish to become a New York GAA officer.   and may this fine lady, former player, great coach and Gael rest in peace.