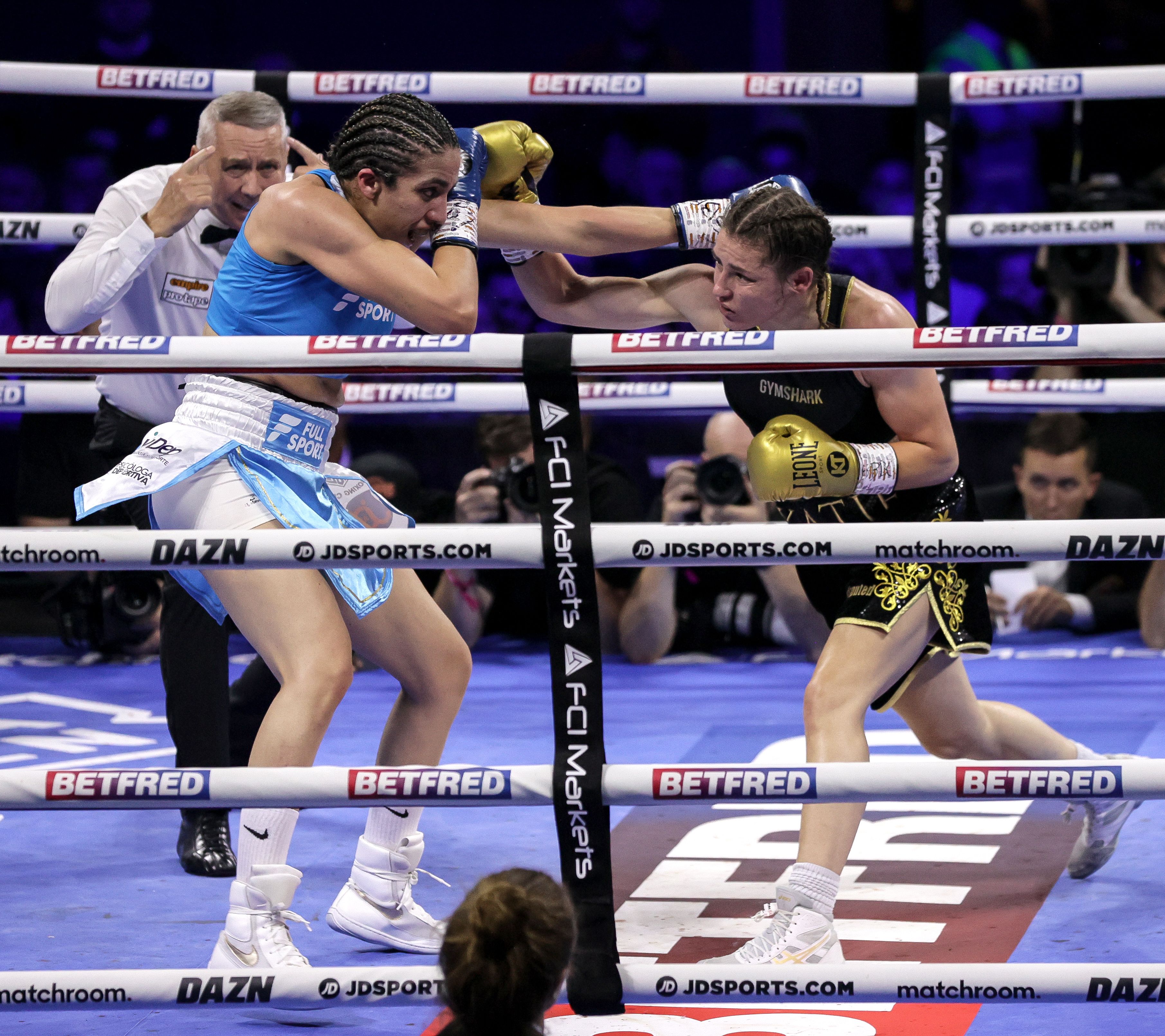 It was close as a stroll in the park for undisputed world lightweight champion Katie Taylor after her epic fight with Amanda Serrano last spring. And it ended in a unanimous points decision over Argentine challenger Karen Elizabeth Carabajal at Wembley Arena last weekend, setting the stage for potential rematch with Serrano – at Croke Park this time.

"Amanda Serrano, do you want the fight at Croke Park with 80,000 people? It would be the biggest event in women's boxing history," Taylor called out her Puerto Rican nemesis from the same Wembley venue where she made her pro debut six years ago. "It's a very easy fight to make and I'm happy to wait a few months for the biggest fight of my career.”

Taylor, who lives and trains in the U.S., defeated Serrano in their first meeting at Madison Square Garden last April, in defense of her four world lightweight titles.

Once a scheduled rematch with Serrano [43-2-1, 30 KOs] in summer fell through, the Bray native put her undisputed crown on the line against Carabajal in a battle of undefeated lightweights.

Taylor was a notch above in all departments from the first round. She was better technically than the bigger Argentine, who often waded in with wide punches, catching Taylor’s counters in return.

The fourth round was the most competitive with both boxers stuck in a neutral corner exchanging shots. It was Carabajal’s best.

The action slowed down during the last three of the scheduled 10 stanzas, albeit with Taylor clearly the governess.

Promoter Eddie Hearn declared that it was time for Taylor, who’s never fought in her homeland, to return to Ireland.

"We hope it's Amanda Serrano, but it does not matter who it is,” said Hearn. “It has to be Ireland whoever it is.”

Out of Montana, Wagner put up some resistance after weathering some early pressure. Ali Walsh stepped it up the last couple of rounds to seal the win in one of his legendary grandfather’s favorite hunting grounds.

In Philadelphia, Clones product Larry Fryers lost to Bryce Mills in their six round junior welterweight bout at the 2300 Arena.