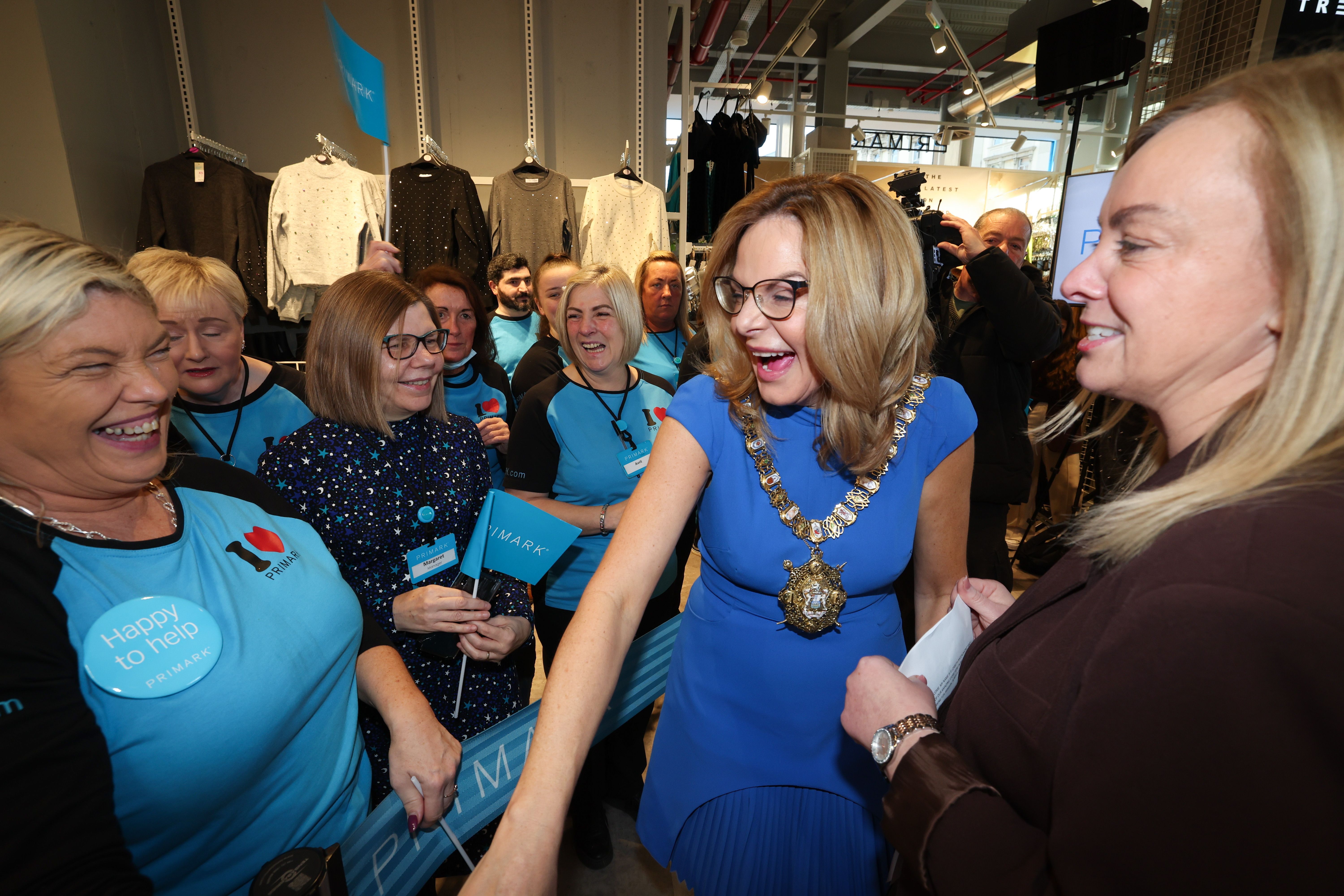 Jobs are a constant and necessary underpinning for peace and political progress in Northern Ireland.

So this has been a good week on that front.

Four years after it was destroyed in a huge fire, Primark has reopened its store in Belfast and in doing so has created 300 new jobs.

The August, 2018 fire, which burned for three days, destroyed the interior structure of the 237-year-old Royal Avenue listed building and left the feature façade badly damaged.

It has been Primark’s ambition to restore the iconic Bank Buildings original structure and re-open it as a flagship store in Belfast. That ambition has now been achieved.

The project has been a complex redevelopment, spanning four years of retention, demolition and re-building the site, which is now complete.

Shoppers queued from early morning on Tuesday to be the first in the renovated store which is now 76 percent larger. I

It’s hoped that the flagship store will bring new life into Belfast city center which has experienced a downturn in retail since Covid and a switch to online shopping by many consumers.

The store will now offer womenswear, beauty, menswear, kids’ clothing, homeware and a café across 88,200 square feet. There is also a nail and beauty bar at the newly refurbished Primark which cost £102 million to rebuild.

Gerry Lennon from Visit Belfast said: “It’s returned to its former glory and it has opened up a major thoroughfare.”

Conservation architect Stephen Douglas said: “I think all of us looked at the shell that was remaining and wondered was it possible to save it.

“There was quite difficult work in the initial days, when it was a dangerous structure, to find out whether it could be saved.

“There was a lot of disruption and trading was interrupted but at the same time we had a building that was one of the key historic buildings in the city centre of Belfast representing the Victorian heyday of the trading city.”