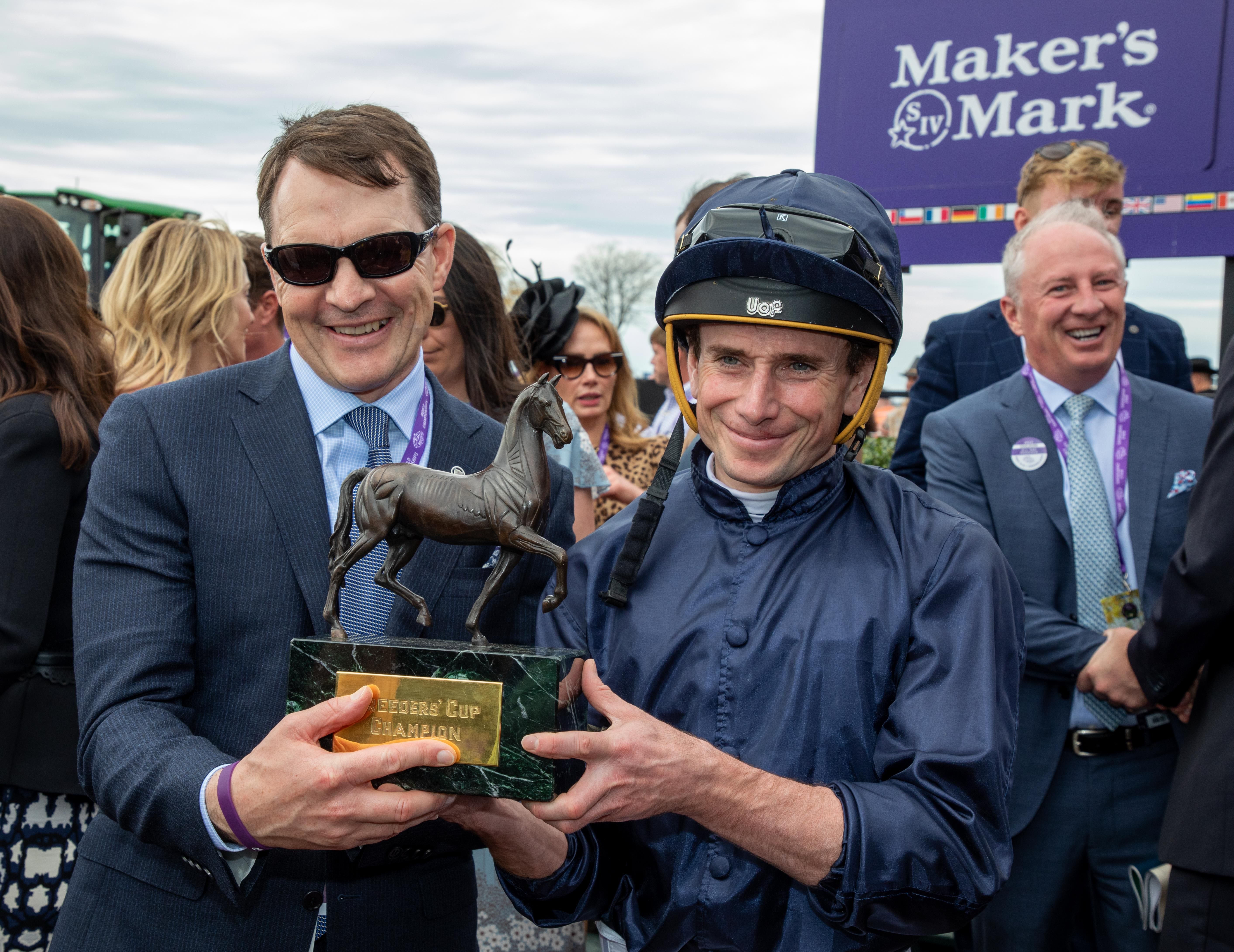 There’s a reason the two-day horse racing extravaganza is called the Breeders’ Cup. And when they celebrate the role of breeders in the sport in the heart of breeding country in Kentucky, the last thing on the minds of the organizers is that some interloper should come along and steal their thunder. An interloper such as the Irish breeding industry.

Depending on your perspective, that is what happened at Keeneland on Friday and Saturday, where 14 Cup races yielded seven winners bred in Kentucky, six in Ireland and one in Pennsylvania. It was enough to make a Kentucky colonel dribble onto his white linen suit.

The parade of winners native to Irish soil began in the first Cup race, the Juvenile Turf Sprint. Mischief Magic, the first of four Cup winners for Godolphin, rallied from far back under William Buick to collar Dramatised inside the sixteenth pole to win by a length. The Charles Appleby trainee paid $15.84 to win and set up a $133.28 Irish-bred exacta.

The first of Aidan O’Brien’s three triumphs materialized an hour later when Meditate rallied under Ryan Moore to capture the Juvenile Fillies Turf. She won convincingly by over two lengths, justifying her favoritism. She paid $6.08 in the win slot.

Coolmore’s Victoria Road represented the third Irish-bred winner on the afternoon when he came on late under Moore to nip Godolphin’s Silver Knott in the Juvenile Turf to fetch a $13.14 win mutuel.

Third in the Juvenile Turf was Nagirroc, which is Corrigan spelled backwards. The colt debuted for owner-trainer Jim Corrigan in Indiana back in August, finishing second, after which he was sold and turned over to Graham Motion. He won both subsequent races in New York and was the top domestically trained finisher here, despite 39-1 odds.

Coolmore got off to a slovenly start on Saturday when heavily favored Golden Pal finished off the board in the Turf Sprint. The Wesley Ward trainee had a compromised start and never really got into the race flow, finishing 10th. Penn-bred Caravel was the shock winner, paying a palindromic $87.78 to win. A half-length behind her was Godolphin’s Emaraaty Ana, a 21-1 shot, from the yard of Tipperary native Kevin Ryan.

O’Brien and Coolmore got another victory on Saturday as Tuesday posted a solid victory in the Filly & Mare Turf. The 3-year-old filly returned $10.38 to win.

From there on, the glory belonged to Godolphin and Appleby. They combined for wins with Modern Games in the Mile (which paid $4.76 to win) and Rebels Romance, the less-fancied of the two runners they sent out in the Turf. Rebels Romance paid $13.92 to win and keyed a $139.74 Irish-bred exacta with Stone Age, one of two Coolmore/O’Brien runners in this race.

The three victories moved O’Brien into a tie with Chad Brown for third place on the Breeders’ Cup all-time trainers table. He has now won 16 Cup races, exceeded only by D. Wayne Lukas (20) and Bob Baffert (18).