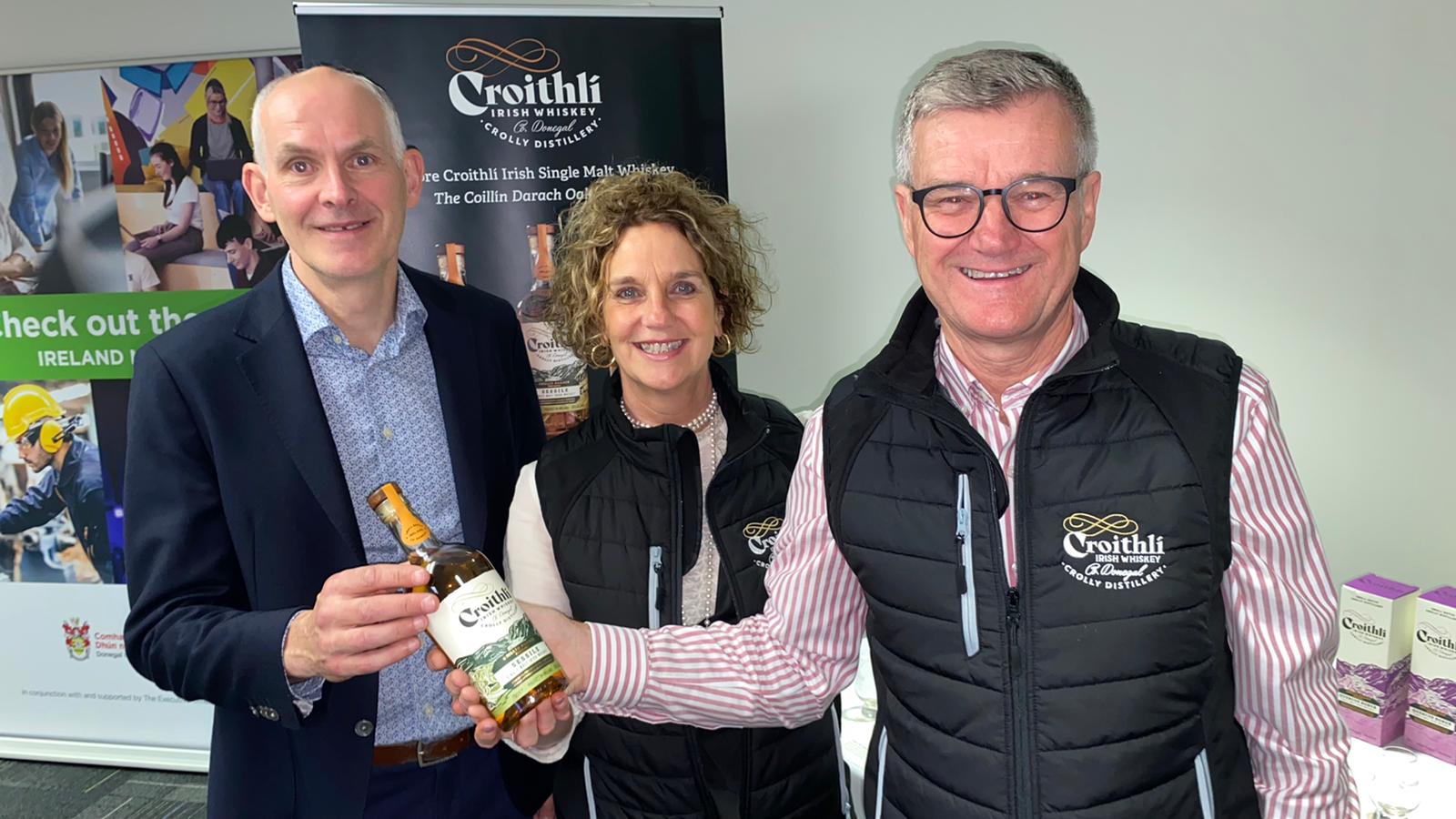 SLÁINTE MHÓR: Among the businesses taking part in the Golden Bridges mission was Crothlí Distillery from Co Donegal. Pictured promoting the Gaeltacht venture are co-founders Brendan McBride and Carol and Kieran Davis.

Boston’s premier US-Ireland business event, Golden Bridges, returned in-person to Boston for the first time since 2019 on Friday, November 18, at a conference luncheon event in the city's Seaport Hotel.

The Golden Bridges conference has a proud history of strengthening economic ties and bolstering transatlantic connections between Ireland’s Northwest and Boston.

Friday’s conference featured a high-powered delegation of business, civil and political leaders from Derry and Donegal who showcased the very best of the Ireland Northwest region to Boston’s business leaders. Since 2019, Ireland’s Northwest region has made impressive economic strides that have positioned the region as an important global investment hub and gateway for companies looking to expand across Irish, UK and EU markets.

These economic developments include:

Councilor Liam Blaney, Cathaoirleach of Donegal County Council believes the Golden Bridges Event helped nurture renewed linkages between the Northwest Ireland and the U.S. “The world has changed so much in the last years, the Irish diaspora, something that we cherish, has been disrupted and disjointed, but we were delighted to again gather for the Golden Bridges event and recognise the importance of maintaining our diaspora links and striving to develop new and fruitful partnerships.”

Andrea Haughian, Executive Vice President and Head of Americas at Invest Northern Ireland, who spoke at Golden Bridges emphasised the wealth of talent in the region. “Invest NI is committed to continuously driving growth and innovation," she said. "Having the Golden Bridges event back and in person is a remarkable opportunity to nurture existing and new partnerships across the Atlantic and to showcase the Northwest region as an incredible place to live, work, study, visit and invest.”