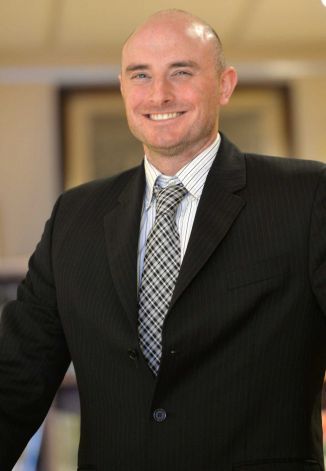 There has been a response to the challenge.

The Bord has described the process of transfer as a "threat" to the museum and its collection as it "enters a new and dangerous phase."

Not so according to a statement issued by a joint entity going by the title of the "partnership" of the Irish Great Hunger Museum of Fairfield and Quinnipiac University.

Said the statement in part: "We thank the many people and organizations who have shared with us their support and deep affinity for the historically significant collection of Ireland’s Great Hunger Museum and the new museum we’re working together to establish in Fairfield.

"Ireland’s Great Hunger Museum of Fairfield, Inc. (IGHMF) and Quinnipiac University have been working together in close collaboration for many months now on the preservation and future display of the IGHM collection. The collection has a vital role in memorializing the Great Hunger and the associated harms, and both organizations are committed to broad visibility for the artifacts.

"Following are a few key updates on our collaboration. IGHMF was established by leaders of the Gaelic-American Club and certified as a 501(c)(3) by the Internal Revenue Service earlier this year.

"This establishes IGHMF as an official public charity authorized to receive tax deductible bequests, devises, transfers or gifts as part of the new museum’s structure. The continued collaboration and support among IGHMF, Quinnipiac University and the GAC and their respective leadership enables a unified vision and operating model for the new museum. GAC President Gerry Forde noted in a recent communication to the club’s members: 'The GAC is very excited about the art collection coming to Fairfield as the mission is consistent with our mission of preserving Irish history and culture, and educating present and future generations of the terrible trauma inflicted on the Irish nation. We wish the IGHMF and its President John Foley every success, and recommend that organization to our members for their individual support.'

"Individuals and organizations supporting IGHMF continue to grow in numbers and the expertise they’re lending to our important work."

The statement then runs a list of individuals and organizations.

That list consists of • Former executive director of Ireland’s Great Hunger Museum at Quinnipiac, Ryan Mahoney, has joined IGHMF as an advisor. As an experienced museum curator, Ryan brings deep knowledge and familiarity with the collection given his previous role at Quinnipiac.

• Amy Wolfcale, a seasoned PR and corporate communications executive, has agreed to serve as a PR and marketing advisor for IGHMF and help with promotion of the new museum.

• The national board of the Ancient Order of Hibernians and their local division, JFK Division 1, have issued public statements of support for the new museum in Fairfield.

• Statements of support also have been received from additional individuals and organizations, including: St. Patrick’s GAA Club, author Jerry Mulvihill (“The Truth Behind The Irish Famine”), artist Kieran Touhy, the Fairfield Museum and History Center, peer institutions of higher education, and others.

The statement continues: "We are pleased the Attorney General’s office has completed its review of the information provided by Quinnipiac and is supportive of the university’s continued work with IGHMF to ensure the proper legal transfer of the collection.

"Both IGHMF and QU continue to keep the AG’s office updated on progress with transfer of the collection. The equitable deviation action noted in the AG’s August 16 letter is a review process used for donated charitable assets and applies to a small portion of the collection (approximately two dozen pieces) that were donated by individuals or purchased using a combination of university funds and funds from a donor restricted for the acquisition of art. Those pieces will go through the equitable deviation process; all other pieces in the collection of more than 170 pieces were purchased by QU or IGHM using university funds and are not subject to this action."

This is a reference to the office of Connecticut Attorney General William Tong.

The statement again continues: "A temporary exhibit of select pieces of the IGHM collection are now on display thanks to the generous hospitality of the Fairfield Museum and History Center. QU has produced similar traveling exhibits in the past, and based on requests from both members of Connecticut’s congressional delegation as well as the AG’s office, which asked in its August 16 letter that “the university find opportunities to loan out portions of the collection for exhibits,” the pieces are currently being showcased in a central gallery of the Fairfield Museum at 370 Beach Road, Fairfield. Approximately 150 people attended the opening reception last month to show their support, including state and federal elected officials. The exhibit runs through October 16.

"Finally, IGHMF continues to have productive discussions with the owners of the Old Post Road building about our interest in the facility. Its current tenant is in active conversations with both town and state leaders on securing a new home. Their current facility is the ideal location for the new museum, placing it in a more central location that’s accessible to a broader public next to both the GAC and Fairfield Museum and History Center. IGHMF has been working with a NYC-based designer on initial designs for the new museum to be ready to move forward quickly once the building is available. In the meantime, the collection remains stored in a proper climate-controlled facility that is actively monitored and managed by Quinnipiac, as has been done since the museum opened 10 years ago.

"IGHMF is honored to serve as the new caretaker and curator of this important story. Both Quinnipiac University and IGHMF continue to welcome all those who are interested in working together to build a positive, successful future for the museum, and to educate future generations about the causes and consequences of the Great Hunger."