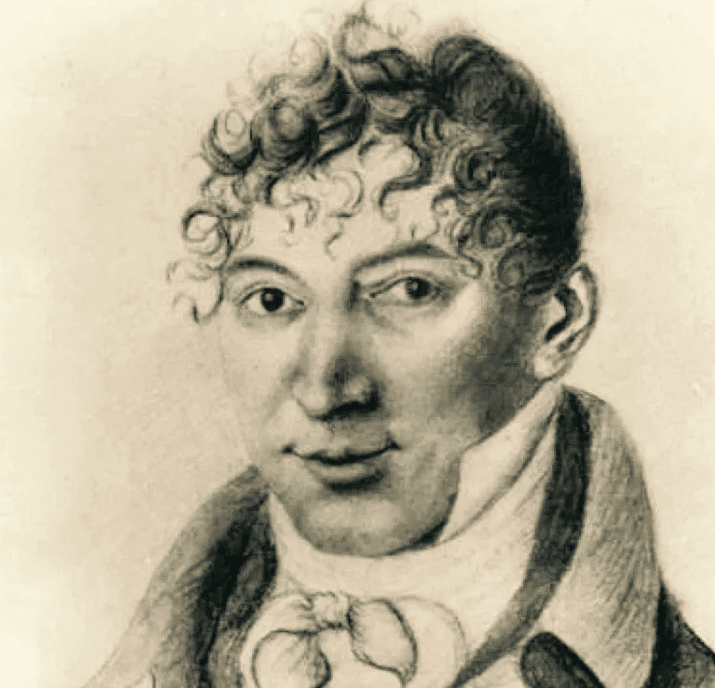 Under American law, a priest does not have to reveal what he learns in the confessional, but this important pillar of American religious freedom that today we take for granted was once under threat. Ironically, a Protestant from Derry protected the right of a priest not to reveal what he heard in confession in one of the most famous landmark court cases of the nineteenth century. Though largely forgotten today, exiled United Irishman William Sampson left a giant legal legacy worth recalling today.

Sampson (1764- 1836) ranks as one of the most important legal minds and trial lawyers in the early American Republic, leaving an indelible mark on American law. Sampson was the greatest legal mind amongst the group of talented United Irishmen exiled to America after the failure of the 1798 rebellion. Seeing men like Sampsonthrive in their new land, many Englishmen visiting New York were dumbfounded that pillars of the society, like Sampson, should have been prosecuted in Ireland as rebels. It was even more amazing that a man disbarred by the British as an outlaw could have held such deep reverence for the laws of his new country. Sampson fought in courts for justice because he had seen so much legal injustice in his homeland and this disbarred, exiled Irish rebel became a giant of American jurisprudence.

Born the son of an Anglican minister in Londonderry in 1764, Sampson came of age at a time when Ireland’s Presbyterians chaffed at the legal restrictions and injustices imposed on their faith by the Test Acts of the Church of Ireland, which forbid them from holding any office, civil or military, under the Crown. These restrictions caused bitter resentment amongst educated Irishmen, uniting individuals of different faiths who wanted to create a republic based on equality, religious toleration, and freedom. Sampson, profoundly influenced by the ideals of the Enlightenment, naturally gravitated towards the radical revolutionary circles then reaching their height in Ireland.

Ironically, this Irish rebel held a deep, lifelong respect for, and love of the law. Studying for a few years at Trinity College, Sampson decided to go to London where he read for the law at Lincoln’s Inn. Returning to Ireland he defended accused radicals in court and became a frequent contributor to the radical paper the Northern Star, while secretly joined the United Irishmen who were determined to create a republic, following the example of the American colonies. Sampson, disturbed by anti-Catholic violence, attacked it in the Society's newspapers When the United Irishmen rose against British rule in 1798, Sampson was amongst those at the top of the list the British government sought to imprison.

Writing of  his adventures years later when he published his memoirs, Sampson’s life after 1798  reads like a picaresque novel, with imprisonments, escapes, shipwrecks, pirates and the spite of the British government, which hounded him as he tried to find a new home on the continent.

Like his lifelong friend and fellow revolutionary, William MacNevis, the father of American chemistry, Sampson settled in New York City in 1806. Sampson was not only a great legal mind, but he was also an extraordinary stenographer. Using his stenographic talents to report on sensational trials, Sampson’s case reports stirred public interest and he also quickly gained notoriety by penning provocative pamphlets attacking Federalists and their reluctance to extend democratic rights to the common people. He soon passed the bar and was allowed to practice law again, even though he had been disbarred in Britain.

Always a champion of the poor and the powerless, Sampson never abandoned the enlightenment ideals of fighting for equality and religious and civil liberties. One of the first cases he took involved slavery, which was still legal in New York State. He successfully prosecuted a case against Amos and Demis Broad, accused of brutally beating their slave, Betty, and her 3-year-old daughter. Thanks to Sampson’s arguments, both Betty and her daughter received their freedom. In another case, he successfully defended one of the first groups of striking workers in New York history, shoemakers who were demanding legal recognition of collective bargaining rights, but it was a truly contentious case that would win him fame and etch his name in the history books.

But it was his defense of religious freedom that is his enduring legacy. Sampsonagreed to defend a Catholic priest involved in one of the most sensational trials of early 19th century New York. At issue was the right of a priest not to disclose information he had learned in the confessional, but there were far broader implications for religious freedoms in New York State. Catholics in 1813, who comprised a tiny percentage of the city’s population, were often a target of religious bigotry and Nativist suspicion. Fr. Anthony Kohlmann, a Jesuit priest who was acting as vicar general of the newly formed Diocese of New York, was ordered by the city magistrate to reveal the names of people who had been in possession of goods stolen from merchant, James Keating. Charges were then filed against the two people who had received the stolen goods, even though they did not commit the robbery themselves. Fr. Kohlmann had arranged for restitution of the stolen goods to Keating after learning the names of the thieves during confession. Keating then tried to drop the criminal charges, but the city magistrate demanded that Kohlmann reveal the names of the possessors of the stolen goods anyway, a clear violation of Fr. Kohlmann’s religious vows. When the news of this case became public, it aroused the ire of the city’s anti-Catholic Nativists and worried the supporters of religious liberty. Some Protestant ministers violently denounced Kohlman, and his religion, from the pulpit, adding to the growing tension surrounding the case.

The hostile magistrate was ready to charge Kohlmann with contempt of court for refusing to reveal the identities. Fearing a violent reaction, the city’s district attorney,  and the mayor, DeWitt Clinton, fearing fanning religious tension, offered to squelch Father Kohlmann’s prosecution. Several founding trustees of St. Peter’s Church, the city’s only Catholic Church, however, anxious to see this governmental challenge to their faith defeated in an open court, refused to have the case dropped. The district attorney and mayor reluctantly agreed to their request for a trial and on June 8, 1813, the Court of General Sessions tried the case of the People vs. Phillips with Clinton presiding as judge.

Luckily, Sampson, who decided to represent Kohlmann, would make history with his eloquent defense of Kohlman, and establish a massive legal precedent. He took the seemingly insignificant facts of the case to make a larger legal point, arguing to establish the unassailable right to religious freedom. Sampson and the defense argued that requiring priests to testify violated both common law principles and principles established by the religious liberty clause in Article 28 of the New York constitution. Sampson used his own bitter personal experience of religious-based intolerance in Ireland to persuade the court that America should not look to British common law for legal precedent when dealing with Catholics, but instead should look to its own First Amendment religious protections.

Sampson used Irish legal intolerance as the basis to undermine the assumptions of the law. Labeling it “the Catholic question in America,” Sampson argued that if any religion could not be practiced freely, then no religion had a firm legal basis,  and all religions were in jeopardy. It helped, of course, that Sampson cut such a compelling figure: an exiled Derry Protestant who became one of the most eloquent spokesmen for the embattled Catholic minority.

The court decided in favor of Fr. Kohlmann and religious liberty. People v. Phillips (N.Y. 1813), which De Witt Clinton wrote on behalf of the unanimous New York Court of General Sessions, or “Mayor’s Court,” has been described as “a constitutional landmark in equality theory; as the first free exercise case; as the origin of the evidentiary priest-penitent privilege; and as perhaps the earliest instance of group impact litigation.” This case reaffirmed the First Amendment’s right to free exercise of religion. Sampson took care to write a full account of the case, in which he was careful not to underplay its significance.

Legal Scholar William Walsh commented on the larger implications of Sampson and the People vs. Phillips: “I think his influence on jurisprudence is becoming increasingly apparent and he could be seen as the first author of a really distinctive anti-colonial and postcolonial jurisprudence just at the time of the age of revolution. He was among a group that really influenced American literature and law and pushed it towards a more equal society based on United Irishmen ideals.”

Sampson has one other great legal legacy. He was one of the pioneers of the American Codification Movement, who profoundly influenced the thinking of David Dudley Field, whose 40 years of work resulted in his writing of the New York Code of Civil Procedure in 1848.

Sampson died in 1836 and was buried in the Riker Family graveyard in what is now East Elmhurst, Queens, and New York. He was later reinterred in Green-Wood Cemetery in Brooklyn, New York, where he is now buried in the same plot as Matilda Witherington Tone and William Theobald Wolfe Tone, the wife and son of the Irish revolutionary Wolfe Tone, and his daughter Catherine, the wife of William Theobald Wolfe Tone. By coincidence, De Witt Clinton, who was sufficiently dazzled by Sampson’s logic and rhetoric to find in accordance with him, was also moved to the same graveyard after his death. Today, this legal giant who became America’s first Civil Rights lawyer is a forgotten figure, but his huge legacy remains.