Home McIlroy is again world's No. 1 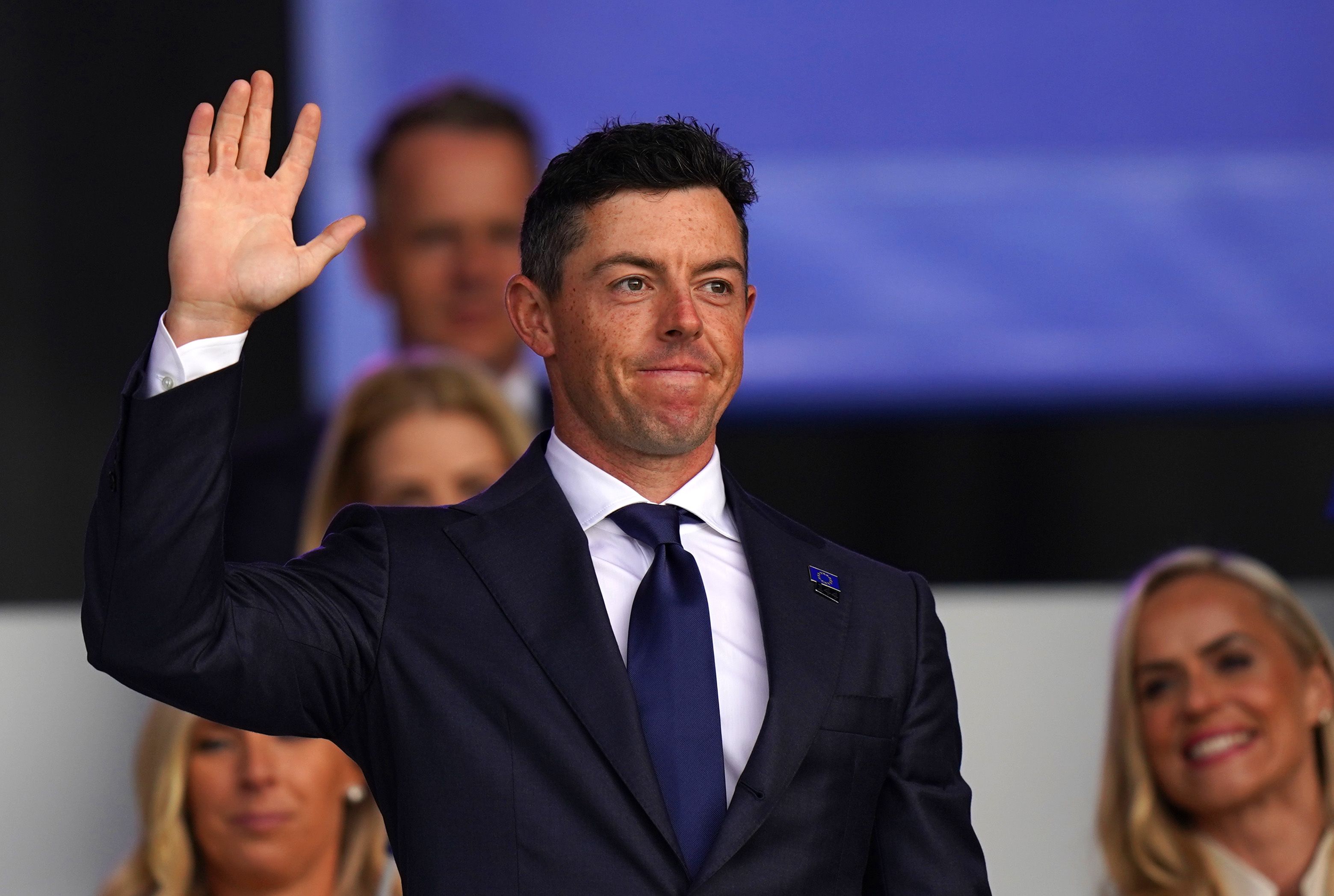 McIlroy is again world's No. 1

Finishing bogey-bogey to win a golf tournament is hardly stylish by anyone’s standards. But there are no style points given out on the PGA Tour, so Rory McIlroy’s successful defense of the CJ Cup will go down as a satisfying victory. All the more so because he did earn points of a different nature, namely those that enabled him to regain the top spot on the Official World Golf Rankings.

McIlroy was always a factor in this tournament in which he opened with 66, followed by three rounds of 67. The problem was always going to be Jon Rahm, especially after he shot 62 on Friday. When dialed in to that extent, Rahm is virtually unstoppable.

Fortunately for McIlroy, Rahm couldn’t replicate his Friday form on any of the three other days, on which he shot 69, 70 and 69.

There were others, specifically Kurt Kitayama and K.H. Lee, who hung around long enough to pose a threat. Ultimately, though, McIlroy’s biggest challenge was his very self and, except for a three-putt blunder at the eighth hole on Sunday, he got out of his own way.

McIlroy basically won the tournament (which was played this year in South Carolina as opposed to Las Vegas last year) on the back nine on Sunday. A beautiful chip shot to within inches of the cup at 12 allowed him to tap in for birdie.

McIlroy then sank a 10-foot putt at 14 for another birdie, which set him apart from Kitayama, with Rahm falling three strokes behind. A birdie putt at 15 traveled only five feet but involved some right to left movement. Then, a 21-foot putt for birdie at 16 put him up by three strokes.

McIlroy had the luxury of affording bogeys on 17 and 18, both par-4s, and was fortunate that Kitayama birdied neither.

“It feels great to go out there, shoot a score and win,” McIlroy said. “Just a continuation of how I’ve been playing over the last few months.”

Asked about the importance of regaining his status as World Number 1, McIlroy said that he couldn’t have foreseen it happening after a missed cut at the Texas Valero Open last April. He turned a corner, though, finishing second to Scottie Scheffler (who he supplanted atop the OWGR) in the Masters.

“It means a lot,” McIlroy said. “I’ve worked so hard over the last 12 months to get myself back to this place. I’m enjoying myself as much as I ever have. I figured a few things out with my game and been on a really good run. Everything has just come together for me and today was a continuation of that.”

Shane Lowry was in the mix after rounds of 68 and 67 but faltered on the weekend, shooting 71 and 72. He settled into a share of 23rd place, 11 strokes off McIlroy’s winning number.

Seamus Power was in much the same boat as Lowry. He shot 67 and 69 to get started but then rolled 74s over the weekend to fall into a tie for 49th place.

McIlroy will keep a low profile until next month’s DP World Tour Championship in Dubai. Power, however, will report to Bermuda for this week’s Butterfield Bermuda Championship at Port Royal.

Padraig Harrington was back in the thick of the chase in the Dominion Energy Charity Classic in Richmond, Va. As late as the 15th hole on Sunday he had a share of the lead. Ultimately, however, Steven Alker asserted himself and earned the victory.

Harrington posted scores of 68, 67 and 69 to stay in contention. Jerry Kelly led most of the way until Alker supplanted him for good. Whereas Alker found the middle of the cup with his midrange putts, Harrington’s either just slid by or stopped short.

Harrington, Kelly and Doug Barron shared third place, two strokes behind Alker and one behind the rallying K.J. Choi.

Jon Caldwell had his best showing of 2022, earning a share of 22nd place in the Mallorca Golf Open in Spain. His first-round 73 was reminiscent of the form that has plagued him throughout the year, but he got rolling thereafter.

Rounds of 67, 67 and 69 included only four total bogeys. He made the most of the par-4 fifth hole, taking birdie there each of the four days. He finished seven strokes behind maiden winner Yannik Paul.

Niall Kearney shot rounds of 72 and 73 to miss the cut by four strokes. Cormac Sharvin withdrew after a first-round 81.

EUROPRO TOUR
Stuart Grehan completed his campaign on this circuit by finishing joint-eighth in the Matchroom Tour Championship at Lough Erne Resort in Enniskillen, Co. Fermanagh. He shot rounds of 72, 71 and 74 to stand six strokes off the low number shot by James Allan.

Grehan also landed in eighth place on the Tour’s Order of Merit. Top five advance to next year’s Challenge Tour, although Grehan could theoretically move into one of those spots should at least three of the top five acquire a higher status by virtue of their play in the DP World Tour’s qualifying tournament next month.

Count Dermot McElroy as one of those top five. He locked down third place on the Order of Merit after finishing joint-25th at Lough Erne. He posted rounds of 74, 71 and 76. Although he will have full Challenge Tour status for 2023, he’ll use Q School to see if he can make the DP World Tour.

Ronan Mullarney tied for 13th place at Lough Erne, having shot 74, 70 and 74. John-Ross Galbraith had an interesting time, leading off with a round of 81. He then shot the low aggregate score, 139 (69-70), for the final 36 holes. That earned him a share of 20th place, nine strokes behind Allan.

Neither Leona Maguire nor Stephanie Meadow factored in the BMW Ladies Championship in South Korea. Maguire was certainly consistent, hanging up 72 in all four rounds save the third when she went one better at 71. Twenty strokes off the victorious Lydia Ko, she finished tied for 51st place. Meadow shot 74, 71, 76 and 76 for a share of 72nd place.