Home Leinster hang on to win in Ulster 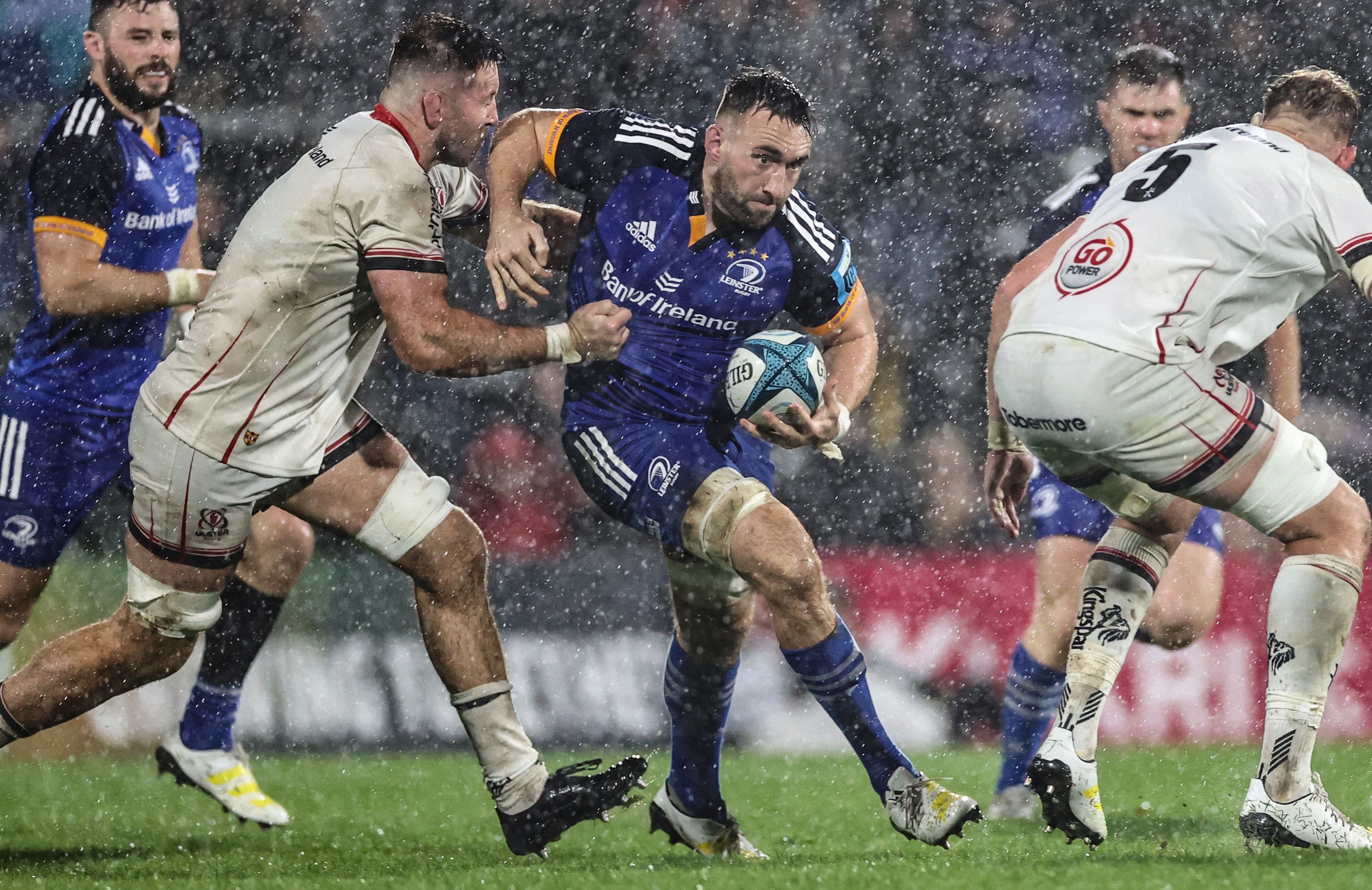 We thought we might see a rugby changing of the guard – what with all the backroom reshuffling going on in Leinster and Ulster’s on field form – but by game’s end, it was a case of “some old, same old” as Leinster came away with the spoils.

On a night of torrential rain, it was the visitors from the south who put down the early markers with two text-book tries and thereafter, the home side were fighting a largely losing battle.

In fairness, they didn’t go quietly into the night and fought back to leave a converted try for a draw but once again when the big questions were asked, it was Leinster who came up with the answers by producing some stout defending although reduced to 10 men for that crucial period near the end.

Afterward Head Coach Leo Cullen, mindful that his side were 17 point to the good at one stage spoke about finding a more “ruthless streak” to close out games but otherwise he must have been satisfied with the character shown by his squad.

The visitors had led 20-3 after 46 minutes following touchdowns from Ryan Baird and Dan Sheehan with Ross Byrne contributing  10 points from the boot.  That was the end of their forward thrusts though and instead the final segment was largely about containing the new spirited Ulster revival.

And it took a brilliant tackle by Charlie Ngatai on Aaron Sexton, which forced the flying Ulster wing to lose possession at the vital touchdown time, to avert being caught on the line.

Said Cullen: “There was lots of excellent stuff in the first half, set-piece, how we managed the game. We were really smart in terms of the way we attacked the game. Start of the second half, we’re 20-3 up and have a lineout five metres out - crooked throw, scrum, give away a penalty, Ulster relieve the pressure. They got the roll on a couple of times with their maul, we know it’s a strong part of their game.

“How we deal with high balls, we just gave Ulster access points back into the game. Then the crowd are into it, a bit more pressure on the referee, more decisions are going their way, then you’re under the pump. But to be fair to the lads they scrambled well. It was an unbelievable try-saving tackle by Charlie Ngatai in the corner, which just knocks a bit of the momentum,” explained the Head Coach.

“There are lots of parts of our performance that could be a hell of a lot better but there was a lot of guys coming in for their first game of the season, and they were struggling. It’s not even the pace of the game, just the type of game it is, a very wet night, very difficult to catch some of the many high balls that were raining in on the back threes,” he conceded.