Home Katie puts her titles on line Saturday in London 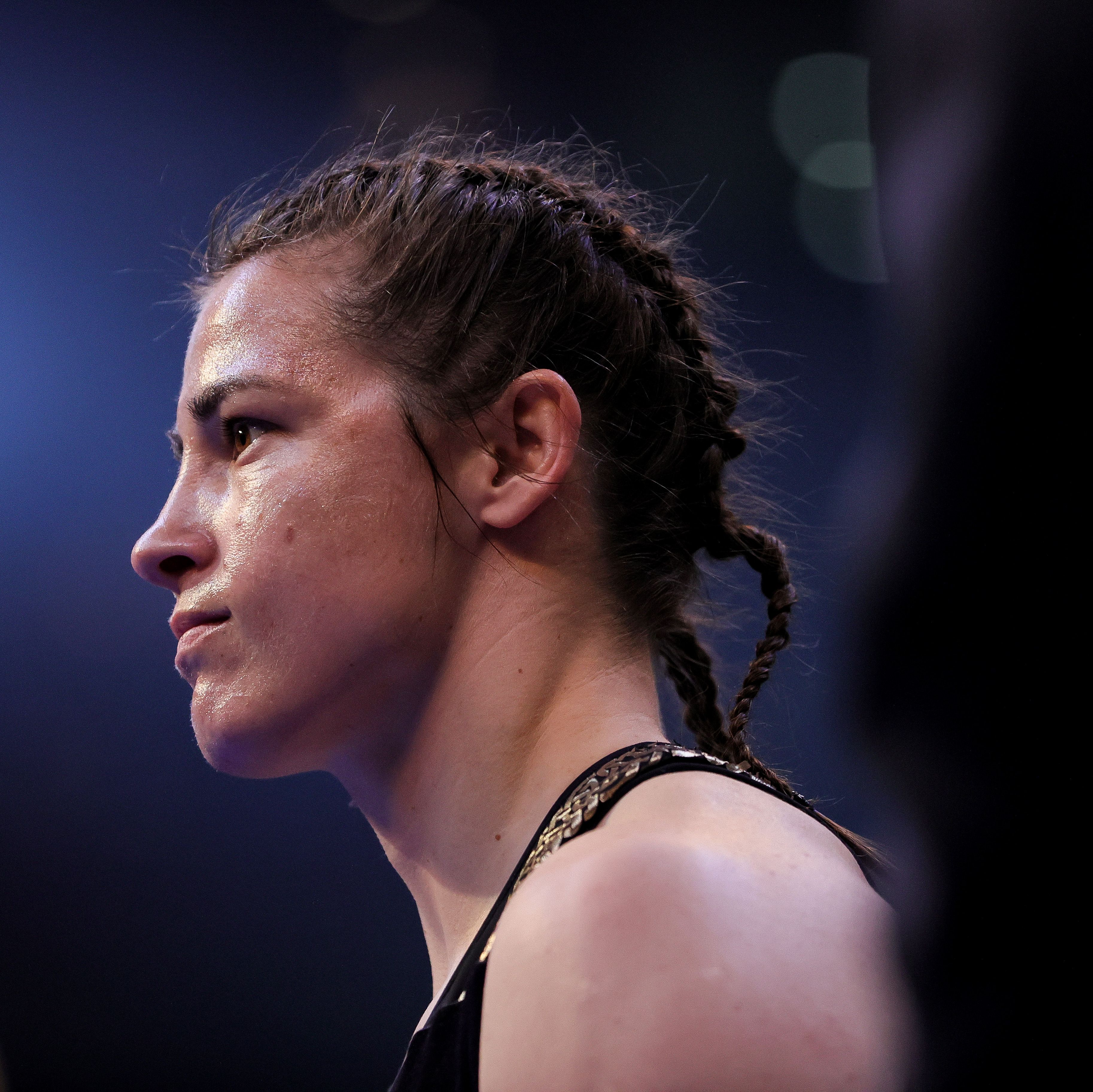 Katie puts her titles on line Saturday in London

In a battle of undefeated fighters, undisputed world lightweight champion Katie Taylor puts her four titles on the line against Argentine Karen Elizabeth Carabajal at Wembley Arena in London, England, this Saturday. The scheduled 10-rounder will be broadcast live globally on the streaming app DAZN.

This is Taylor’s first fight back since her win over Amanda Serrano in their historic contest at Madison Square Garden in New York last April. She eked out a close but unanimous 10-round points decision in what was the first women’s main event at the mecca of boxing.

Based in the U.S., Taylor trains and resides in Vernon, Connecticut.

“LETHAL LARRY”
At the 2300 Arena in Philadelphia in Pennsylvania this Saturday, Clones transplant Larry Fryers takes on the once-beaten Bryce Mills [9-1, 4 KOs] in a six-round junior welterweight contest.

Also in action this Saturday is middleweight prospect Nico Ali Walsh, the grandson of “The Greatest,” who returns to Madison Square Garden for what will be his first six rounder. His opponent in the Garden’s Hulu Theater is Billy Wagner.

Ali Walsh-Wagner is on the undercard of the lightweight main event between former pound-for-pound king Vasiliy Lomachenko and the unbeaten Jamaine “The Technician” Ortiz.

“I am thrilled to be back in action on another significant card. Lomachenko is one of the greats of his era,” Ali Walsh said. “My first year as a professional has been a tremendous learning experience, and I have a great team to help me get to the next level. I respect Billy Wagner and am preparing to showcase everything I’ve learned in the gym from my incredible trainer, Kay Koroma.”=

The undefeated Ali Walsh [6-0, 5 KOs] made his MSG debut last December with a four-round majority decision over Reyes Sanchez. Wagner [5-2, 1 KO] is out of Montana.

Ali Walsh’s fight and the entire Lomachenko-Ortiz card will stream live and exclusively in the U.S. on ESPN+. Promoted by Top Rank, tickets starting at $56 are available at Ticketmaster.com.

Molloy scored a unanimous 59-55 points decision over Georgian Sandro Jajanidze in their six-round middleweight contest. There were no knock downs.

The southpaw out of Galway improved to 3-0. Journeyman Jajanidze dropped to 10-27-2.

Walker, a featherweight, also came away with a points decision over Yin Caicedo, upping his record to 4-0 in the process. His Colombian foe fell to 6-4-3, 2 KOs.