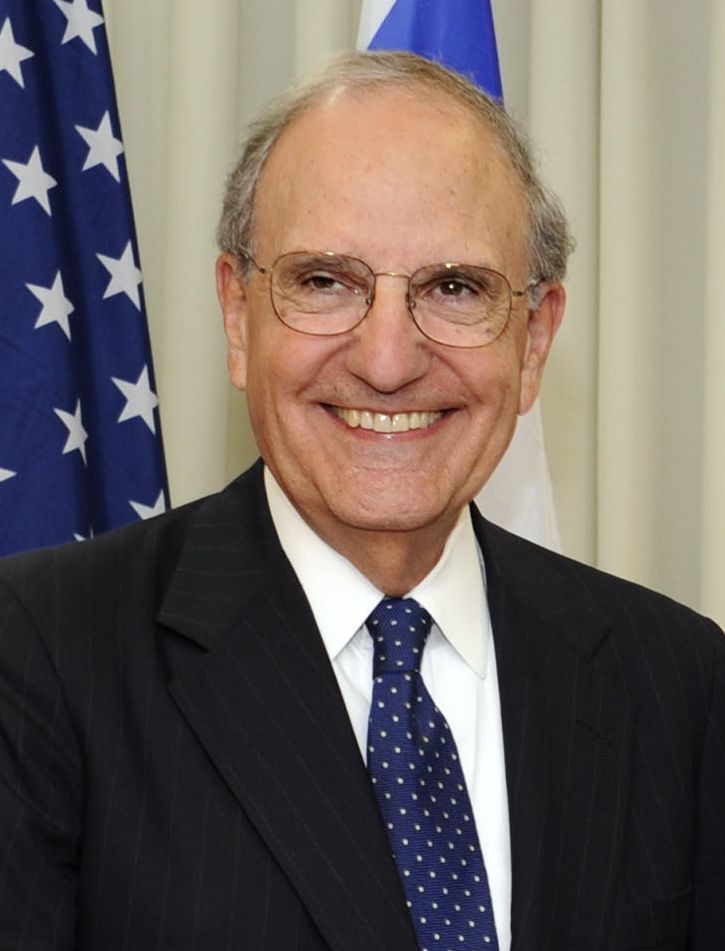 Senator George Mitchell in a 2009 photo.

The Ancient Order of Hibernians is urging the appointment of a U.S. Special Envoy to the peace and political process saying it  would be an embarrassment if an envoy is not in place "and up to speed" by the 25th Anniversary of the Good Friday Agreement.

The Hibernians, in a statement, said that "600 Days and 28 U.S. Special Envoys Later" the Northern Ireland post was still being ignored.

Said the statement: "It has been over 600 days since the post of U.S. Special Envoy to Northern Ireland was occupied.

"Since taking office, President Biden has appointed 28 Special Envoys to other posts, including the creation of four new Special Envoy posts. The Ancient Order of Hibernians respectfully asks why the delay in appointing a Northern Ireland Special Envoy given the concerning developments in Northern Ireland around the impacts of Brexit, a collapsed devolved government, and a proposal to grant an amnesty for British forces from prosecution for unjustifiable and unlawful killings committed during the Northern Ireland Conflict.

"United States Special envoys are appointed to address complex, multilateral issues outside of the typical remit of an ambassador.

"Certainly, the situation of Northern Ireland is a prima facie example of the need for a special envoy; the unique confluence of history, culture, and political forces putting Northern Ireland outside the scope of the ambassadors to the United Kingdom and the Republic of Ireland and requiring unique and focused attention.

"It is widely acknowledged that the work of the first U.S. Special Envoy, Senator George Mitchell, was pivotal to the signing of the Good Friday Agreement, allowing a generation in Northern Ireland to grow up in peace.

"However, the work started by Senator Mitchell is far from over and faces new challenges. A Brexit which the community of Northern Ireland rejected by 56% and Britain’s threat to unilaterally renounce the Northern Ireland protocol imperils the open border that is crossed daily by 30,000 people from both communities and replace it with checkpoints and division.

"A Democratic Unionist Party (DUP), the only major political group in Northern Ireland to oppose the Good Friday Agreement, has collapsed the devolved parliament by refusing to participate in government. While the British government has publicly admitted their cover-ups of Bloody Sunday, the Ballymurphy massacre, and the murder of Pat Finucane, they have yet to hold anyone accountable.

"Now a bill before parliament seeks to grant an amnesty for those actions and others by Crown forces during the Northern Ireland Conflict, undermining the belief that justice can be obtained by peaceful judicial means.

The United States must appoint a Special Envoy to Northern Ireland now to reinforce the U.S. commitment to peace in Northern Ireland and not squander one of the outstanding achievements of U.S. diplomacy.

"It would be an embarrassment if a U.S. Special Envoy to Northern Ireland was not in place and up to speed by the time of the 25th Anniversary of the Good Friday Agreement.  A U.S. Special Envoy should be on the ground today meeting with all the leaders of Northern Ireland in the hope that this anniversary can be an opportunity to build on the work begun by Senator Mitchell.

"The United States must not miss this chance for the U.S. to once again play a role in advancing the peace of Northern Ireland."

Early in the Biden presidency, former congressman Bruce Morrison told the Echo that he would accept the offer of becoming a U.S. envoy if asked.