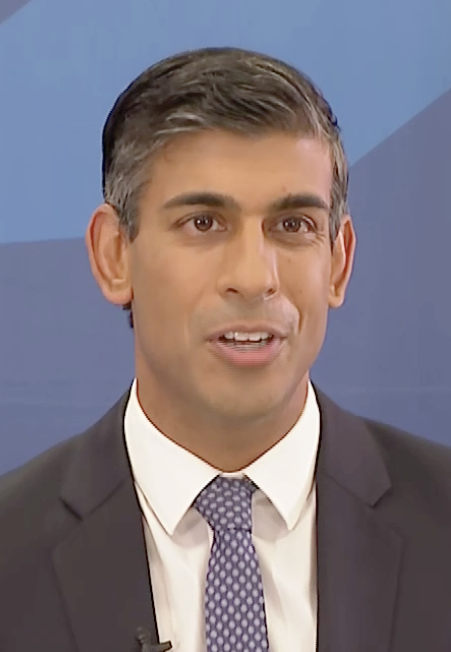 Another week another British Prime Minister. This week, for sure, a history making one in that Rishi Sunak is the first non-white and Hindu occupant of 10 Downing Street.

He will also the third occupant of Number 10 in the last couple of months, a fact that prompted the Economist magazine to come out with a cover this week of Liz Truss as Britannia and a headline "Welcome to Britaly," a not so subtle dig at both Britain and Italy, a country famous, or infamous, for a revolving door for governments.

Sunak's arrival presents the intriguing prospect of a meeting down the road between Sunak and Leo Varadkar when the latter, as expected, takes up the office of taoiseach again.

Varadkar and Sunak share Indian heritage. That's a headline in and of itself.

In the meantime, however, the headlines are more to do with what Sunak is saying with regard to the job he has taken up, and what he intends to do in it.

He is already talking about "hard decisions." This is typically a signal of hard times ahead for the voters who didn't actually place him in office.

Somehow, the brave new world promised by Brexit and its champions remains elusive. Chances are it will continue to be so.

Minister for Foreign Affairs Simon Coveney, according to an Irish Times report, has expressed frustration at the lack of leadership at the head of the British government and the constant change of personnel in the Northern Ireland Office in recent years.

Coveney told the Times that the Irish government had not taken sides in the contest to become the next leader of the Conservative party and British prime minister and would “work with whoever’s elected."

Regardless, the Republic was looking for “stability” across the Irish Sea and in Northern Ireland.

Coveney said the absence of a “solid and consistent and predictable leadership coming from the top which, unfortunately, we haven’t had” was hampering efforts to build “a good strong relationship with the UK."

He said that since he was appointed Minister of Foreign Affairs five years ago, there had been “six secretaries of state for Northern Ireland, five foreign secretaries and four prime ministers and that is a recipe for instability."

Those numbers will notch upwards again with the advent of the Sunak premiership.

The new occupant of Number 10 clearly has a full worksheet. How prominent Northern Ireland is on it will be seen in the coming days. There is of course the paralysis in government at Stormont and the matter of the Irish Sea Protocol, something agreed to by one of Sunak's predecessors, Boris Johnson, but lately the target of British government ire.

Will this remain so under Sunak? That's just one of many questions.

As well as Simon Coveney, Taoiseach Micheál Martin has been speaking about Ireland's next door neighbor stating that he wished Britain “well in the challenging times ahead."

Martin said the current period has “undeniably been a difficult period in British Irish relations."

He stated: "While recognising that Brexit has fundamentally changed the relationship, I am clear that the UK remains an important partner for us given our trade and intertwined economies, our ties of family, history and culture, and our shared commitment to democratic values and norms."

A stable and prosperous Britain “is in all our interests."

But what if Britain remains unstable and lacking in prosperity? That's a real possibility for a country that voted to cut it self off from its closest and largest trading partner, the EU.

But that's down the road. In the meantime, there is the Protocol, the deep freeze in Stormont and the prospect of an election that might not result in a breakthrough, no matter where the votes go.

Such a state of affairs might suit the Democratic Unionist Party, an outfit just about out of ideas and political credibility. But it will not suit the majority of voters in the North. It will not suit the Republic. And it should not suit the island of Great Britain, distracted and troubled on a variety of fronts, Northern Ireland included.

Difficult decisions ahead for sure.