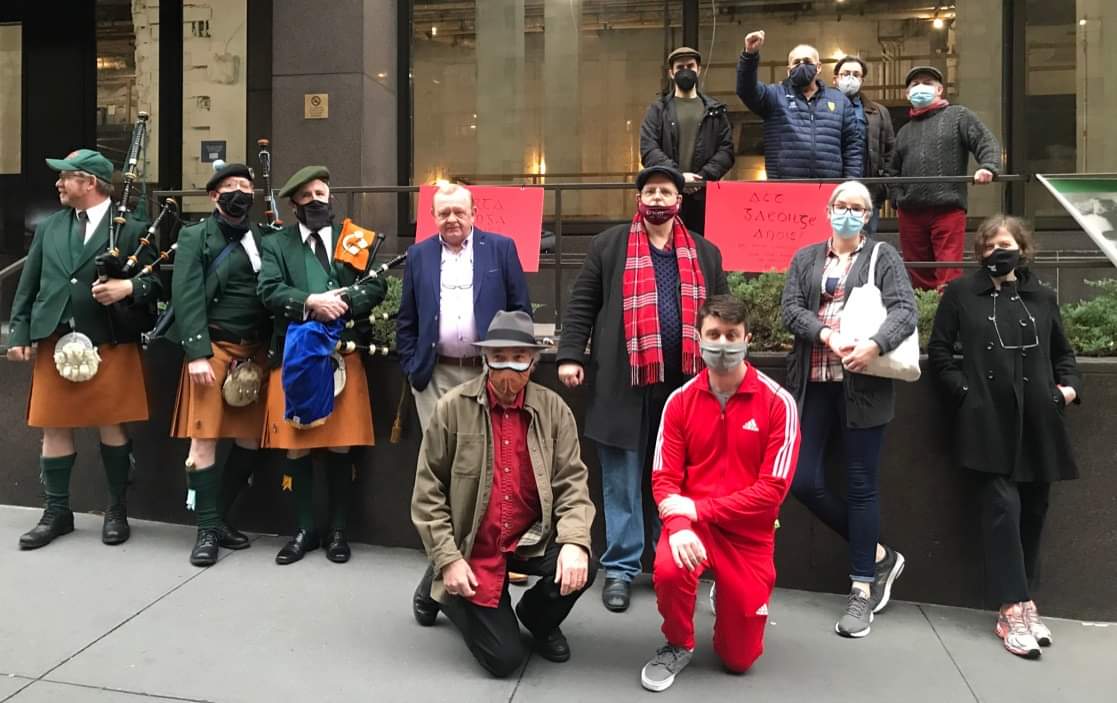 A16-year block on Irish language legislation in the North of Ireland sparked a protest at the British Consulate in New York on Sunday 2 January.

Northern Ireland is the only jurisdiction in Britain or Ireland without legislation guaranteeing minority linguistic rights — despite a pledge by all Northern parties and both the Irish and British Governments in the St Andrews Agreement of 2006 to bring forward an Irish Language Act.

That pledge to provide parity of esteem to Irish speakers in the North of Ireland was reiterated in the New Decade, New Approach deal of January 2020 which reestablished Stormont — but subsequently stymied by the DUP. A further promise by British PM Boris Johnson last year to drive the necessary legislation through Westminster in fact of the continuing DUP blockage also remains unfulfilled.

Veteran Irish American campaigner Brendan Fay told a group of around 30 protesters  that "you can sit in a New York subway and hear languages from around the world" but in Northern Ireland the Irish language was being denied equality. Cumann Uí Chléirigh spokesman Daithí Mac Lochlainn said the New Decade, New Approach agreement simply kicked the can down the road. "It was useless," he said.

Conradh na Gaeilge campaigner Seán Ó Murchadha, who was in New York over the New Year, told the gathering that their action would "embarrass" opponents of the Irish Language Act.

The protest ended with the playing of Amhrán na bhFiann by bagpipers.