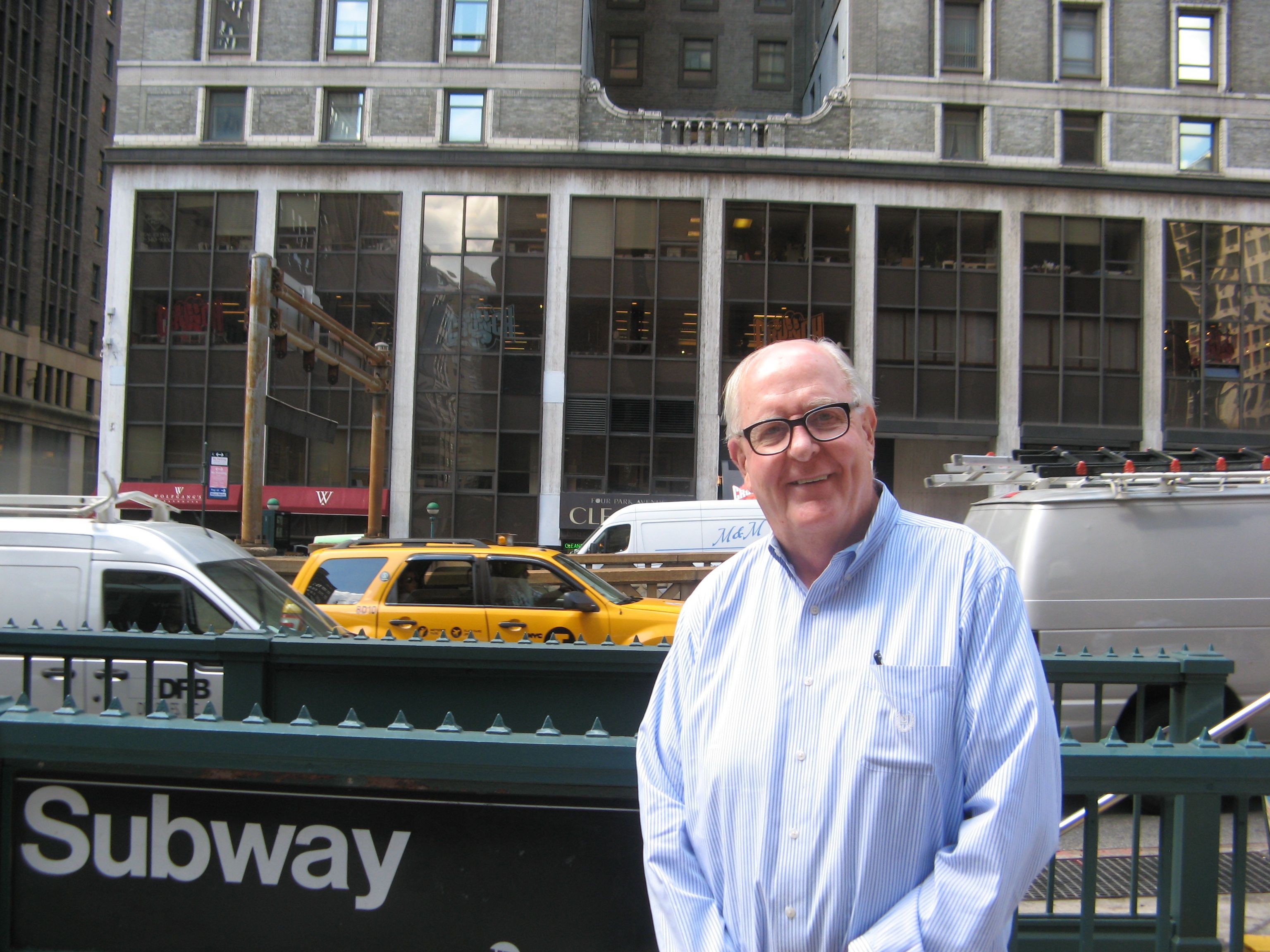 Pat Fenton was interviewed in September 2015 in the Irish Echo ahead of the 21 performances of his 1940s and '50s Windsor Terrace, Brooklyn-set play "Stoopdreamer" at the Cell Theatre as part of the 1st Irish Festival. Fenton, who died last week at age 80, was also a frequent contributor to the Echo.

In a Manhattan diner one day last week, playwright Pat Fenton took out some old sheets of a legal notepad. They were given to him some 10, maybe 15 years ago by Dan McNulty, a long-retired Brooklyn bar-owner.

One had lists of names under the subheads “Gravediggers,” “Docks,” “Cab Drivers” – of which there were two types, “15th St. Hack Stand” and “Independent” – “Ironworkers,” “Sandhogs” and “Transit (Car Barn).” The last had an added note beside one individual; “Mike Quill’s rep,” it said. The names, like that of the famous union leader, were mostly Irish.

On another, there was a list of neighborhood businesses – the Pride of Brooklyn Barber Shop, Gene O’Rourke’s Coffee Shop, Joe’s Fish Store, Trunz Butcher, Meyer’s Ice Cream Store and many more. Again, there was the occasional notation, such as “until about 1938.”

All of this is a backdrop to Fenton’s Windsor Terrace-set “Stoopdreamer,” which will, beginning Friday night, have 21 performances at the Cell Theatre as part of the 2015 1st Irish Festival. The action takes place in the real-life Farrell’s Bar, the last bastion in a neighborhood that has been undergoing gentrification. A woman, who moved there in 2003, was quoted in a New York Times article in February saying: “Windsor Terrace has changed more in the last two years than in the 10 previous ones.”

The play is set vaguely in the present; its past are the decades after World War II. Things started to go awry for Windsor Terrace with the announcement, at a 1947 public meeting, of a major highway initiative. The powerful city official Robert Moses would have his way and ground broke in 1954 for the Prospect Expressway. It took out seven blocks of the mainly Irish enclave, and with them 1,252 families.

“The play is about the damage done, the lives destroyed. It’s about change and memory,” said Fenton, who lives with his wife Pat in Massapequa, L.I. “Now, the people coming into the neighborhood have no idea of that history.”

Two lives remembered in the semi-fictional storytelling at Farrell’s are those of Moon Mullins and Paddy the Hawk. Mullins was a sometime pool hustler who worked long hours at the Brillo factory. He lived for his two-week summer vacation at Fitzgerald’s Bar in the Rockaways. “It had rooms you could stay in,” Fenton said of that seaside establishment.

Paddy the Hawk sat for hours in Gus’s Diner, safe from the teasing of neighborhood children, and from there he watched the trolley cars returning from Coney Island. Sometimes, as the sharp turn was made onto 9th Avenue, one of the trolley-car lines bounced off of the overhead power wire. Paddy would then race out of the diner, for he had made it his job to hook it back up.

Of the three “Stoopdreamer” characters gathered in Farrell’s Bar, one, Janice Joyce (Robin Lesley Brown), has long ago left the neighborhood and now lives in Toms River, N.J., She is wondering if it’s possible to go home and is looking also for an old boyfriend. The second of the trio is Billy Coffey (Bill Cwikowski) and the third Jimmy the Bartender, who is played by Jack O’Connell. Secrets are revealed and there’s speculation about what might have been.

O’Connell and Fenton did readings of scenes a couple of years back at salons of the Irish American Writers & Artists at the Cell Theatre. The Cell’s founding artistic director, Nancy Manocherian, overheard and was intrigued.

“She saw something in it, a kind of urban ‘Our Town,’” he said, in reference to the Thornton Wilder favorite. “She took me aside and said: ‘I’d like to put this on.’”

And so for the second time in his varied career, he has a fully produced play – a follow-up to his Kerouac-themed “Jack’s Last Call.”

Fenton doesn’t want to sugarcoat the past. He tells people he grew up in a time of innocence, yet parts of the neighborhood could be very dangerous, and he witnessed violence first hand. So, while McNulty was never once robbed on his 3 a.m. journey home with the night’s takings, a member of the Flaherty family listed under “Docks” was murdered and his body dumped in the Gowanus Canal. He’d been high up in the union. “I remember my parents whispering about it,” Fenton said. Joe Flaherty, a longshoreman and later a prominent city journalist, was his son.

Fenton has been a court officer, court clerk and a newspaper columnist (his recent contributions to the Irish Echo include 2014 interviews with Jimmy Breslin and Pete Hamill, a Windsor Terrace native). When he was a cargo handler at JFK, he wrote “Confessions of a Working Stiff” for New York magazine. The piece, which has been anthologized several times, got some attention from publishers who wanted him to write a book. But his priorities were holding down a job and raising his family (he has a son and daughter and will soon become a grandfather for the second time). He couldn’t find the time to be a part-time author, too.

Fenton’s working career began as a teenager at the Pilgrim Laundry in Windsor Terrace after being educated by the Xaverian Brothers at Holy Name. Pilgrim had a prison-type wall around it, he said. He joined the army after he turned 20. The 6 feet 2 recruit was sent off to train for the military police. It was 1961.

Andrew Fenton, a native of the Long Walk in Galway City, carried around a picture in his wallet of his tall MP son. “He shoveled coal for 33 years [at Con Edison] and never complained,” the playwright said.

The Galway men of Windsor Terrace met on Sunday morning outside Sanders Theatre in their finest, the son recalled, and walked up to Holy Name Church for the 12:15 Mass. Afterwards, they went to Farrell’s.

Pat Fenton’s mother was Catherine Mitchell from Williamstown, Co. Galway. At last week’s festival launch, he mentioned this to a young Irish TV journalist preparing to interview him. She told him: “My granny was from Williamstown.”

The next day in the diner, Fenton said he couldn’t recall ever before meeting a person with connections to his mother’s village. Then a prominent member of the community was spotted at the diner’s counter. After introductions were made, it was revealed that that person had grown up on a farm three miles from Williamstown.

With “Stoopdreamer” about to open, Pat Fenton was happy to take all of this as a good omen.