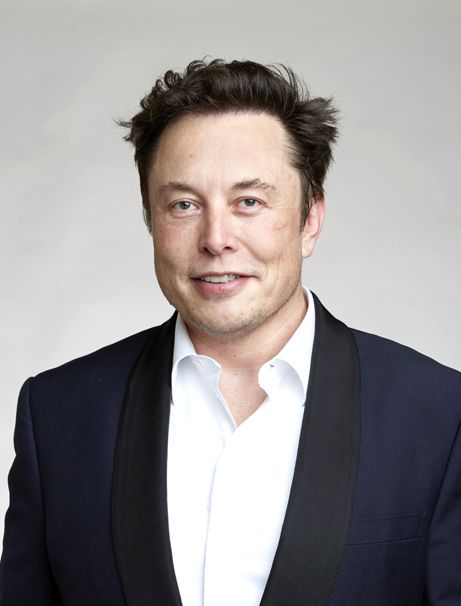 O'SHEA: Why We Need Trade Unions

I watched an interview with Marty Walsh this week. He is the Secretary of Labor in Washington who started his working career with Laborers Local 223 in Boston, where his father, an immigrant from Ireland, was a lifelong member.

Addressing the importance of union membership, Walsh pointed out that his late father enjoyed a comfortable retirement because of his pension, negotiated by his Local, and he added that his mother still gets a substantial check every month from the same fund to supplement her social security entitlement.

A substantial minority of American retirees are flirting with poverty because many of them depend solely on their social security check every month to meet their living expenses for housing, travel and food.

Trade Unions are needed more now than ever. Our new Gilded Age is marked by obscene wealth garnered by a small percentage of Americans while tens of millions of workers and retirees are struggling to pay their monthly bills.

Billionaires and millionaires are gorging on the biblical promise of a land flowing milk and honey. Flexjet and Netjets, the two biggest jet-charter companies in the United States, have stopped accepting new clients because they can’t acquire enough jets to accommodate the burgeoning demand.

This super-affluent clientele has been fretting that manufacturers of luxury yachts cannot meet the expanding demands for these exorbitantly expensive boats. For some reason the COVID pandemic, where the heroes are the modestly-paid workers in hospitals, transportation, and supermarkets, has led to the richest people in the community multiplying their wealth.

For example, in the first year of the health crisis Elon Musk’s wealth skyrocketed from $25 billion to $150 billion. And reliable projections indicate that 68 trillion dollars will be passed on to descendants of baby boomers in the next few decades – by far the greatest inter-generational transfer of wealth in modern history.

Meanwhile, the United States remains the only country in the West that does not mandate paid maternity leave. Why is this shameful situation not highlighted more by Democrat leaders and how has it escaped the outrage of the pro-life community? It is also the only advanced economy that fails to ensure that workers get any vacation time – paid or unpaid. In contrast, the European Union stipulates that employees in all 27 member countries must have four weeks annual holidays.

Why are workers treated so poorly in America? The overriding cultural approval for give-me-more acquisitiveness and the veneration of individualism suggests an important part of the answer, but the weakness of the Trade Union movement is the biggest factor in explaining their plight.

In the last century the only period when income inequality narrowed substantially in this country lasted for thirty years from around 1940, a period when unions were at the zenith of their influence.

The core and cogent argument for a strong workers’ movement revolves around them having a right to a vibrant voice in determining their salaries and benefits. Employees play a big part in creating the wealth, so they should be at the table when the company planning and financial decisions are made.

In his revolutionary encyclical, Mater et Magistra, Pope John XX111 asserted that workers should have a right of co-ownership in the companies where they provide the labor. When last did you hear a sermon on the crucial importance of workers’ rights in the context of the need for strong families?

When unions were in their pomp fifty years ago, CEO’s earned a generous salary about twenty times more than the shop floor worker. Today, that multiple is over three hundred and fifty – and going up!

These super-capitalists have no shame. Keep in mind that the federal minimum wage remains at a paltry $7.25 an hour and twenty states maintain that as the legal base payment for employees.

Mike Quill, founder of the Transport Workers’ Union and one of the most inspiring union leaders in the last century, always stressed in negotiations that the welfare of his members’ families was paramount in his bargaining. What Europeans call the social wage – healthcare, vacation time and retirement entitlements – was as important for him as contractual salary enhancements.

The oldest truism about America asserts that the almighty dollar always talks and bullshit walks! The Center for Responsive Politics points out that in 2016 corporate lobbyists in Washington spent $3.4 billion to advance their conservative agenda while labor interests managed just $213 million – a 16-1 divergence. Not surprisingly, we got the substantial Trump tax cuts for the wealthy and crumbs for the bulk of wage earners.

Corporate negligence in the area of worker safety is one of the biggest arguments for plant unionization. One shocking example of this arose in the Upper Big Branch coal mine in West Virginia in 2010. On April 5th of that year a coal dust explosion killed 29 miners. A federal investigation found that the mine’s ventilation system was out-of-date and explosive gases were allowed to build up.

Workers in the nonunion mine knew of the danger, but they felt that they would not be listened to if they complained to management. In fact, some of the employees testified that if they expressed their fears in public, their jobs would be in jeopardy.

This super-affluent clientele has been fretting that manufacturers of luxury yachts cannot meet the expanding demands for these exorbitantly expensive boats. For some reason the COVID pandemic, where the heroes are the modestly-paid workers in hospitals, transportation, and supermarkets, has led to the richest people in the community multiplying their wealth.

Numerous scientific studies show that when employees are consulted on safety issues the number of accidents is greatly reduced. This is especially evident in warehouses and mines where unionized workers always insist on an active safety committee.

There are clear signs of more aggressive union actions as we look ahead to the remainder of 2022. John Deere employees twice rejected deals with management that had the approval of the top brass in the union. These widely-covered negotiations enhanced the confidence of workers in other major industries, prompting them to follow the Deere model and demand substantial improvements in pay and conditions.

Hope too in recent actions of two major international unions, the Teamsters and the United Auto Workers. Both have made major internal changes which have already led to mass organizing campaigns.

Unionized workers are paid around 30% more than men and women who are not organized. The message to employees is clear that it is very much in their interest to join a union. Peter Ward, head of the Hotel Trades Council in New York, challenged workers to look to their own betterment when he said, “To me the definition of stupid is a person who doesn’t exercise enlightened self-interest.”

However, Mr. Ward’s stirring words do not seem to take cognizance of corporations and employers who have made union organizing a perilous project. One study showed that 57% of employers either threatened to close the operation or cut wages and benefits if the plant was organized, and 34% of workers were fired because they were deemed to be leaders of the unionization drive.

It is significant that 68% of Americans - up a lot since the new century began - favor a strong trade union movement. However, only 11% carry union cards and about half of these are public service employees.

President Biden frequently promotes the goal of organizing workers as the best pathway to the middle class. The next few years will be very revelatory about the future of workers’ rights.