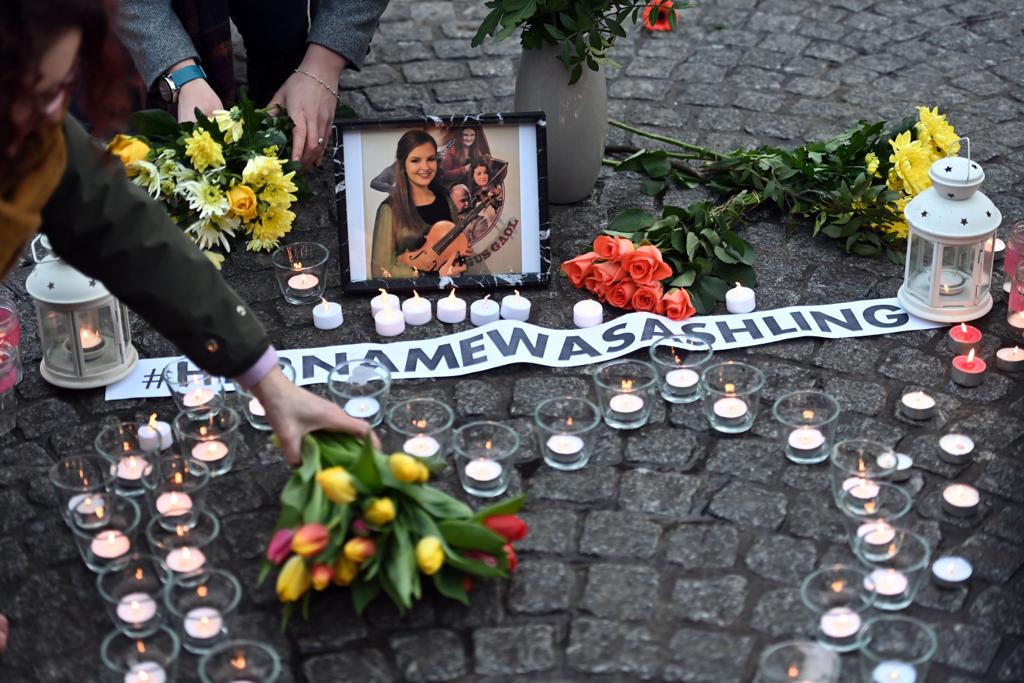 This vigil for Ashling Murphy, one of a number around the world, took place in Belfast

Gardaí investigating the murder of Ashling Murphy are waiting to speak to a man who is being treating in a Dublin hospital.

The 23-year-old was murdered as she went jogging near the Grand Canal in Tullamore, County Offaly on Wednesday, January 12.

Vigils were held throughout Ireland on Friday for the primary school teacher whose death has shocked the country. And vigils have also been held in a number of cities around the world. including New York.

A 40-year-old man who was being questioned in connection with the murder was released on Thursday evening. Gardaí said he is "no longer a suspect."

Gardaí are still trying to establish a motive for the brutal murder.

A detailed forensic examination of the scene is taking place with the area still sealed off.

One line of inquiry is the movements of a Falcon Storm mountain bike. A woman reported that she was followed by a man on a bike two hours earlier.

President Michael D Higgins said that outpouring of grief at the death “shows how we have all been very touched, and it is so exemplary for young and old, to read of all Ashling's accomplishments during her short but brilliant and generous life."

He added: "It is of crucial importance that we take this opportunity, as so many people have already done in the short time since Ashling's death, to reflect on what needs to be done to eliminate violence against women in all its aspects from our society."

Taoiseach Micheál Martin was in attendance at the vigil outside the Oireachtas in Dublin on Friday evening.

Speaking to the Irish Independent, Ashling’s mother, Kathleen, recalled her daughter’s final words to her as she left the house that day.

“The last thing she’d say in the morning going out was ‘Mam, I love you.'"

Ashling's father Seamus said: “She was just a special girl, She’s the youngest, a little angel. She was a brilliant girl in every sense of the word.

“She was a great worker, with great drive. A marvelous musician. She crammed so much into her short life. She played with Comhaltas Ceoltóirí all over Ireland and all over the UK on tours. She was in their youth choir and senior orchestra.”