Home Homepage O'SHEA: Irish Catholicism — the Old and the New 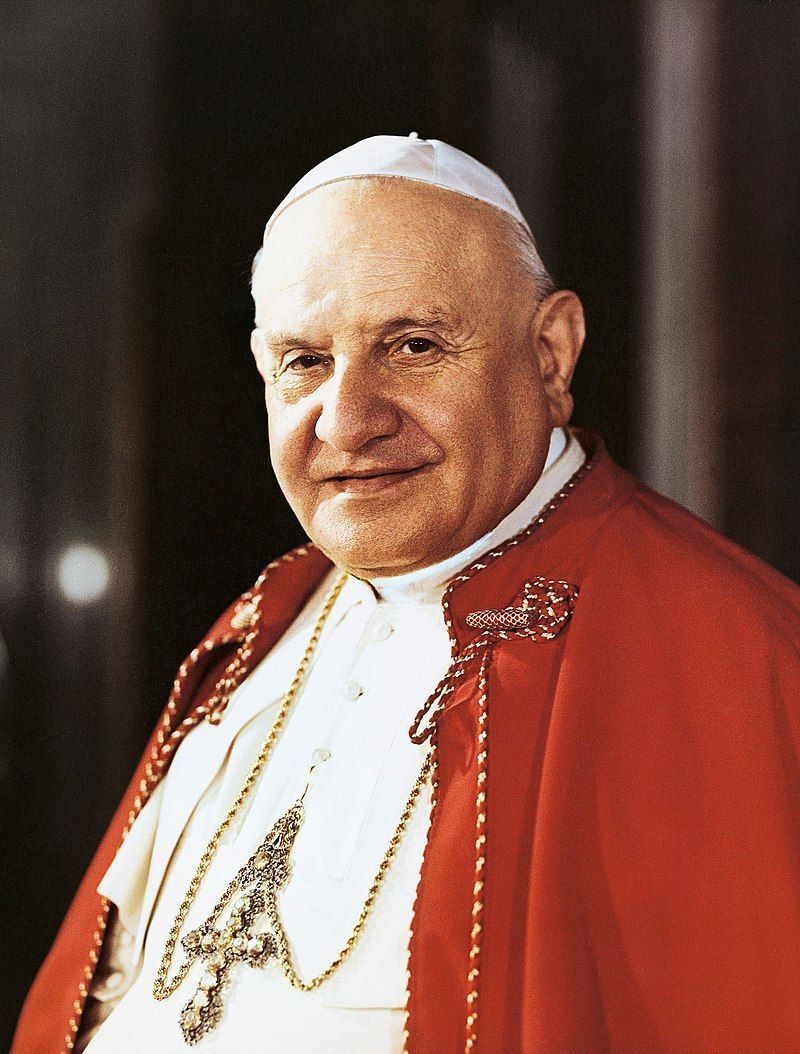 O'SHEA: Irish Catholicism — the Old and the New

I was an altar boy in the community where I grew up in the 1950s. I recall well the opening prayers at Mass.

Priest: Introibo ad altare Dei (Translation: I will go to the altar of God)

The parish of Kenmare in County Kerry had three priests assigned in those years and for many decades afterwards. One of the three was the parish priest who was called an archdeacon.

In the 1960s this honorific was sidelined in favor of Canon, deemed to be somewhat lower in the ecclesiastical pecking order.

Some local luminaries protested this belittling of the traditional designation. Only one other town in Kerry had a parish priest with that title so there was a certain diocesan status accompanying the name.

The bishop was informed of the local discomfiture about the demotion, leading to the restoration of the old order. The arch – as he was commonly called – and the curates took care of the births, marriages and funerals, the important markings in every community.

We're back! For the first episode of our new season, we're taking a deep dive into Pope Francis' restrictions on the pre-Vatican II Mass.

— Inside the Vatican (@InsdeVaticanPod) September 2, 2021

The priests took turns at saying a daily Mass in the local Holy Cross Church and the pews were full for all three celebrations on Sundays and church Holy Days. The railings adjoining the Square, close to the church, provided a suitable area for securing the line of pony and traps, the most common means of transportation for the more affluent farming families.

Hearing confession, usually scheduled for Saturday afternoons and again that evening, provided the only professional opportunity for parishioners to unload their troubles on a man who they knew never gossiped.

Nobody doubted the reality of the seal of confession, so priests heard a lot of hoary stories, substituting for the trained counselors and therapists who occupy this space today. Their words of absolution and healing were an important source of strength and comfort among churchgoers.

We also had a small Anglican/Church of Ireland community with their own church and families scattered throughout the area. There was no tolerance for negative behavior of any kind in dealing with members of the minority church. Two brothers from that community played with a local Gaelic football team. They had to grin and bear it when denominational hymns were sung at games, or obeisance was shown to representatives of the majority religion.

The British education system in Ireland, developed in the 19th century, yielded control of the country’s schools to the various religious authorities. The ethos in the schools that were under Catholic control mandated a daily half hour for learning about the dogmas and beliefs in the Roman tradition.

The catechism set down in question-and-answer format all the “correct” responses about the conundrums that the Vatican religion presumes to deal with. What is Purgatory? A place or state of rest where some souls suffer for a time before entering heaven.

What about Limbo? That was presented as a border location between heaven and hell for unbaptized infants. It was a cruel and tawdry medieval creation. It required priests to explain to grieving parents whose baby died without the sacramental splash of water that the gates of heaven were closed for their innocent child for all eternity.

Today, even the ultra-traditionalist wing of the Catholic church has abandoned the limbo hogwash. Its prominence until relatively recently points to a church lacking heart, bereft of compassion, the very virtue that is central to the New Testament.

I compare this deplorable thinking to today’s Vatican hierarchy refusing a church blessing to loving homosexual couples on their wedding day.

“Hearing confession, usually scheduled for Saturday afternoons and again that evening, provided the only professional opportunity for parishioners to unload their troubles on a man who they knew never gossiped.”

In Catholic secondary schools, the Catechism Notes was added to provide more detailed answers on matters of dogma and morals. This is where pupils had to digest the difference between a eucharistic understanding called transubstantiation, as distinct from the Protestant teaching on the same topic titled consubstantiation. The Religious Wars of the 17th and early 18th centuries were fought partly because of the different understanding of those words of blessing uttered at the Last Supper.

The sixties were an era of major cultural changes. The sexual revolution, the women’s liberation movement, a disastrous jungle war in Vietnam, and the rejection by many of old racial attitudes were the urgent concerns, especially among the young, in Western countries.

The Catholic Church had its own revolution. Pope John the XXIII, the greatest modern pope by far, declared that the growth and effectiveness of the Roman religion entailed opening the windows, his favorite metaphor, to the changing demands and insights of a new era. Modernity called for new thinking in a church that gloried in its ancient creeds and rituals. The Second Vatican Council moved the church in a radically different direction in two important areas. First, the injunction that “outside the church there is no salvation” was set aside as members of other Christian religions were now addressed as our “separated brethren,” opening up a new era of cooperation.

Back in Kenmare, one of the leading ecumenists, committed to dialogue with his Catholic neighbors, was Dean Charles Gray-Stack, who was the Anglican Rector in the district from 1961 until his death in 1985. He was an important contributor to Christian thinking in those days and his writing was featured regularly in the Irish Times. None of the local Catholic clergymen could match his influence and celebrity.

The Council also recognized Judaism as an ancient legitimate religion and removed disparaging references to Jews in the church ceremonies on Good Friday. Rolph Hochhuth, in his play "The Deputy" pointed the finger of blame at Pope Pius X11 for his inaction during the Shoah when Nazi Germany exterminated around six million Jews. Subsequent scholarly research seems to confirm Hochhuth’s assertions.

The other major focus of ecclesiastical change centered on the liturgy. The new Vatican mandate instructed all churches that Mass was to be said facing the people, inviting them to be co-celebrants. Also, the council fathers acknowledged that communicating with God in a language, Latin, that few understood, made no sense. The response from most Irish people in the pews was one of gratitude. Catholics gradually understood that the Mass and other rituals were community activities where they are invited to participate.

Some traditionalists preferred the old ways. For them there was something sacred about the use of Latin and Gregorian chant and the priest, a man in their estimation, of immense mysterious power, maintaining his distance and hiding his face as he performed his duties at the altar.

The Tridentine mass, as it is called today, was recited in Latin, a practice encouraged by Pope John Paul II and his successor, Benedict, both of whom relaxed some of the previous prohibitions on its use. Recently, Pope Francis published new rules that ban the Tridentine format, except in very restricted circumstances. In Francis’ Rome, praying to the deity must accord with common sense and be in the vernacular.

The Irish church is in continuing crisis, lacking credibility because of its complicity in the widespread clerical sexual abuse of young people and the dehumanizing treatment of women in Magdalen laundries. These are the principal issues that have brought it down to its present state.

The 130th psalm, which ended the Mass in my young days, might still be appropriate in today’s struggling church. De profundis clamavi ad te Domine. Domine Exaudi vocem meam. Out of the depths I cry to you, O Lord. Lord hear my voice. Gerry O'Shea blogs at  wemustbetalking.com