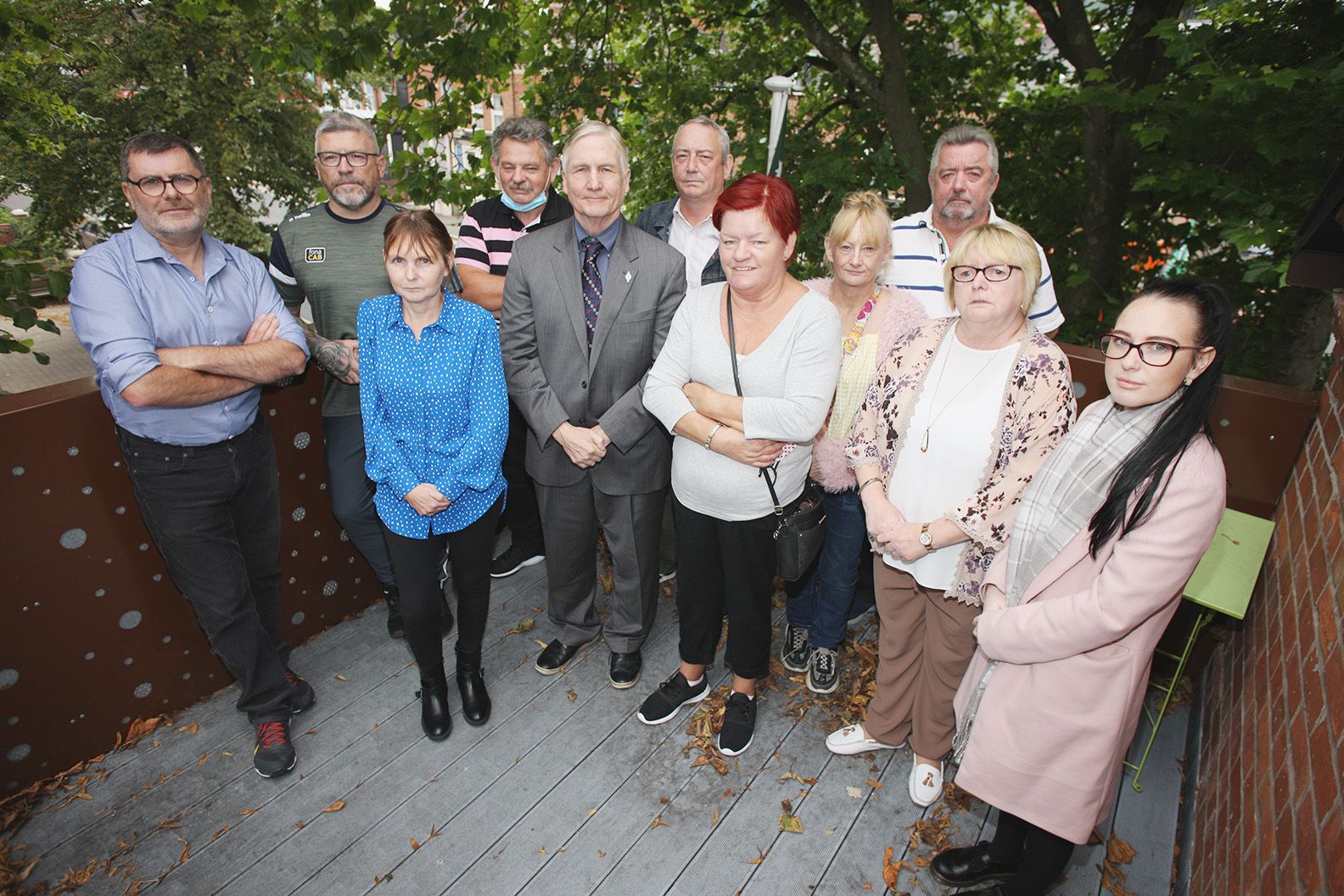 Martin Galvin, center, meets representatives of the Springhill-Westrock Massacre families in Belfast. Mark Thompson of Relatives for Justice is pictured on the far left.

The letter has been drawn up by the Ancient Order of Hibernians in the wake of the British government’s controversial legacy plans which have been rejected by every political party in Ireland.

Last week, the order's  Freedom for All Ireland Chair, Martin Galvin, was in Belfast where he met victims from the Troubles including the Ballymurphy Massacre families and the Springhill-Westrock Massacre families who lost their loved-ones to the British Army in similar circumstances in the early 1970s.

John Finucane, whose father Pat Finucane, a human rights lawyer was murder by loyalist paramilitaries working in collusion with the British State in 1989,  thanked the members of the United States Congress for signing the letter.

“These proposals have caused immense hurt to victims and families, and represent yet another slap in the face of victims by the British government.

“The proposals are a flagrant attempt to put British armed forces beyond any accountability for their dirty war in Ireland.

“They are also attempting to shut the door in the face of victims accessing the courts in pursuit of truth and justice, which is a fundamental human right.

“Throughout the years Ireland has had many friends in the United States, and this is another fine example of their continued support for the Good Friday Agreement and the cause of peace and progress in Ireland.

“Sinn Féin will continue to work with our friends in the United States, Europe and across the world to ensure that the voices of victims are heard and that these ridiculous proposals are binned.”

Dee Donnelly, who chairs the Springhill-Westrock Massacre campaign, described the group’s meeting with Mr. Galvin as “very positive." On July 9, 1972, five innocent people – including three teenagers – were shot dead by the British Army between the Springhill and Westrock estates in West Belfast.

"In hearing from them he has agreed to go back to Irish America to highlight our case and to seek some sort of justice. He has given a guarantee that he will fight our corner, said Donnelly of Galvin.

"The AOH will be coming here in January to coincide with the anniversary of Bloody Sunday, and they will be coming on a site visit with us. We're going to take them round where the murders happened.

"We all know that Irish America helped broker the Good Friday Agreement, so it's very encouraging to have the AOH on board.

"We've been granted our inquest. We are in the second year of the Lord Chief Justice's five year plan, but the British government are trying to pull the shutters down on us. It's a massive kick in the teeth, but the fact that Irish America is willing to help us find justice is a massive boost."