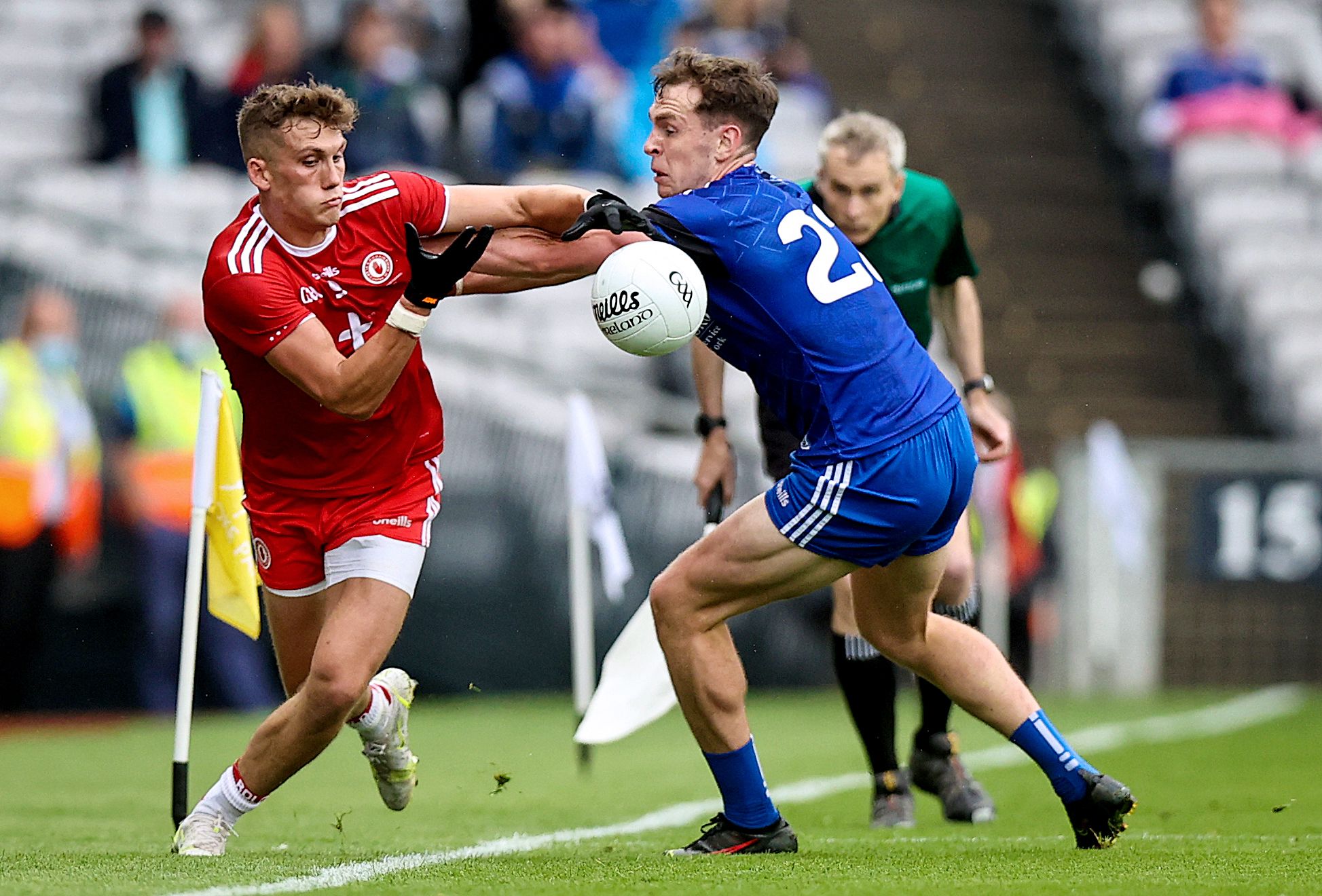 This was a game of the proverbial two halves with Tyrone dominating the first and looking set for victory after turning over with a five-point advantage at Croke Park on Saturday.

But when there is a provincial title on the line, you’d expect a contest and that is exactly what we got as Monaghan came roaring back into the contest to keep those in attendance as well as a sizeable television audience on the edge of their seats.

If nothing else, Tyrone proved there is life after Mickey Harte. Joint managers Feargal Logan and Brian Doher have delivered the first major silverware – The Anglo Celt Cup – but few in Ulster believe that they can now go on to beat Kerry in Sunday week’s All Ireland semi-final. Still, a first Ulster title in four years is a good start to any regime and the Croke Park experience of big matches will only help this young team come on in leaps and bounds.

They always looked the more likely team in this encounter as Mark Bradley, a late replacement for Tiarnan McCann, chipped in with the opening point to set the tone for the rest of the half.  Mattie Donnelly also swung over a brace of beauties, with Monaghan replying through Killian Lavelle, Conor McManus and Jack McCarron to level matters.

Tyrone upped the ante with three in a row, with captain Padraig Hampsey getting forward from the fullback line to slot over a fine score while Niall Sludden also chipped in with a white flag. With McCarron getting his second it was Kieran McGeary's long range effort which put the Red Hand two up at the first water break.

From here to the half time whistle, it was Tyrone who ruled the roost with McKernan, McCurry, Bradley and Donnelly with a peach to last the ages, scoring points at will. Only Conor McCarthy could muster a rebutal as his side trailed by 0-11 to 0-6 at the interval.

A disappointing first half for sure but hardly had the ball been thrown in for the second than sparks begane to fly. The Farney men came out with a renewed energy and when Keeper Rory Beggan landed a long range free, the fight back was on in earnest.

It was now put up to Tyrone in no uncertain terms – get back up on the horse or move over. Donnelly’s decision to drop deep and the introduction of Cathal McShane saw the winners edge ahead again, but they were just about holding on to the slenderest lead at the second water break.

From there to the finish it was a game of tactics as Tyrone tries to use possession to run down the clock as Monaghan frantcially sought ownership of the ball. Peter Harte took advantage of a laboured opening to extend their lead and then McCurry landed two from placed balls.

However try as they might, they couldn’t wrestle control of the ball in those vital last minues sufficiently to muster a meaningful attack when they needed it most.