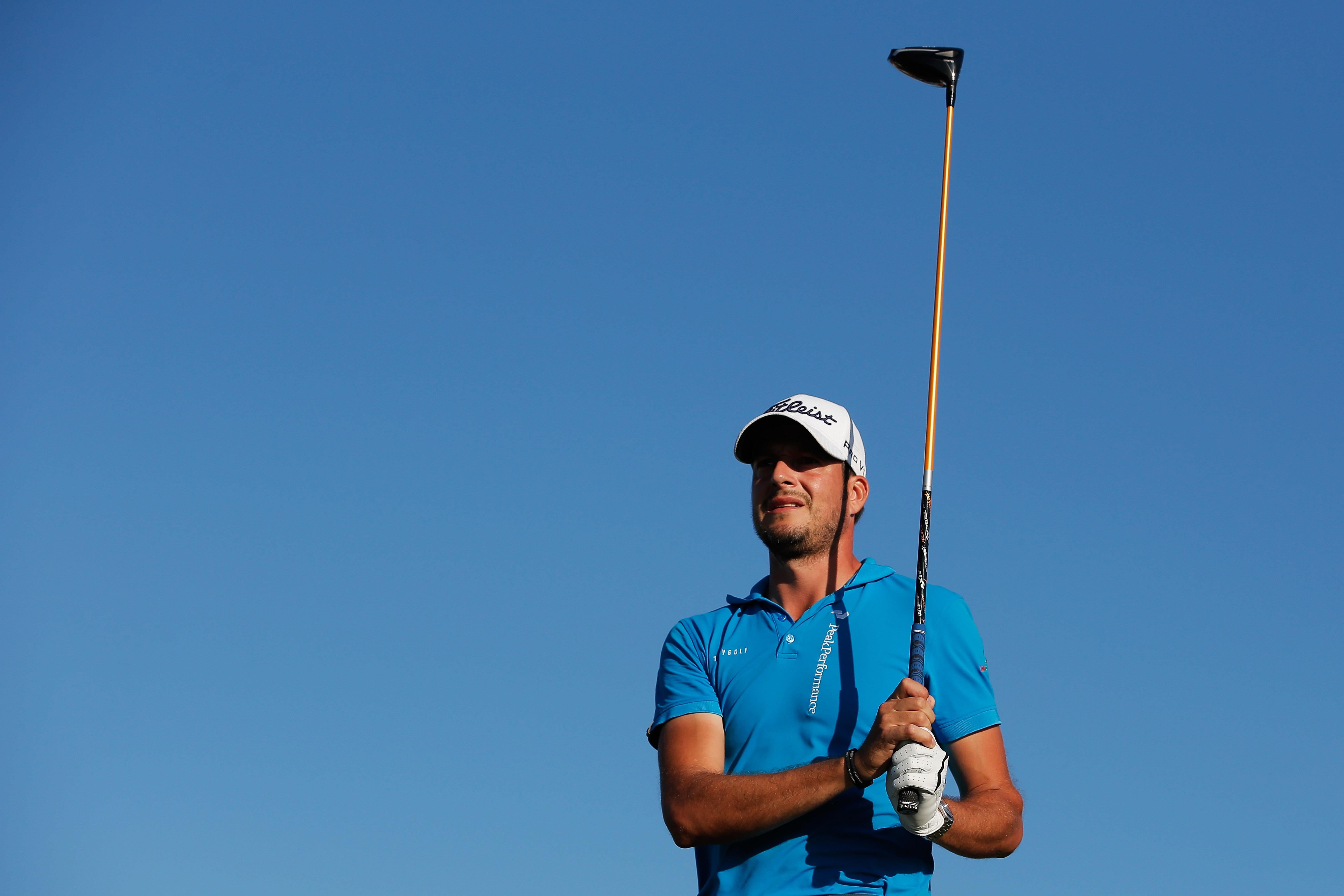 Simon Thornton pictured during his time as a touring professional. INPHO/GETTY IMAGES

Little is heard from Simon Thornton on the international golfing spectrum these days. The 44-year-old gave up the life of a touring pro several years ago to settle in at the Tulfarris Hotel and Golf Resort in Blessington, Co. Wicklow. As a former European Tour winner (2013 in France), he usually manages to snag an invitation to whatever European Tour or Challenge Tour event happens to be stopping in Ireland. He's made the cut in two of the three such events he's teed up in so far in 2021. But nobody was really prepared for what happened on Wednesday at Clandeboye Golf Club in County Down in a Europro Tour event.

A couple lip-outs prevented Thornton from joining the 59 club, that assemblage of linksmen who have broken 60 in a round of 18 holes. He signed to a round of 60 that included nine birdies, one eagle and no dropped shots over Clandeboye's Dufferin course.

Thornton was invited to compete in the Northern Ireland Masters by Jonathan Caldwell, the tournament host, who learned the game at Clandeboye and became a European Tour champion last month in Sweden. Thornton got off to a fast start, accruing birdies at six of the first seven holes, including the two par-3s.

"I hit a good tee shot on the first and I had 70 yards into the flag," Thornton said. "And then on, you just roll with it. I was striking it lovely. I was six under after seven and you get to a stage where it's new territory for everybody at any level."

By the time he reached the eighth tee, Thornton admitted that he was trying to just "freewheel."

"I kept saying to myself to pick my target and go through my pre-shot routine and just let it happen," Thornton said.

Beginning at the eighth hole, it seemed to stop happening. There and at the next six holes, where he took par at each.

"I wouldn't say the putter went cold but I had a couple of lip-outs," Thornton said.

But just as quickly, he caught fire again at 15, a par-5, where he took eagle.

"I then holed one right across the green at 15 from 45 feet," Thornton said. "I then started as I finished and rolled them in."

He birdied 16, 17 and 18 to establish a five-stroke lead over his nearest rival.

"It's a good golf course, you have to hit every club in the bag," Thornton said. "It's a pleasure to play here."

Caldwell found time amidst his hospitality duties to go out and shoot a round of 2-under-par 69. Ballymena's Dermot McElroy, who won last week's event on this circuit in England, shot 70.

One of the more interesting tours of the course came courtesy of John-Ross Galbraith, who plays out of Whitehead Golf Club in Carrickfergus, Co. Antrim. He managed eight birdies but gave much of that back via three double bogeys and two bogeys. He signed to even-par 71.

The Europro Tour is a feeder circuit to the Challenge Tour and the European Tour that conducts tournaments in England, Ireland, Scotland and Wales from May through October. The 54-hole event concludes on Friday.