Home Slowing down is key to success 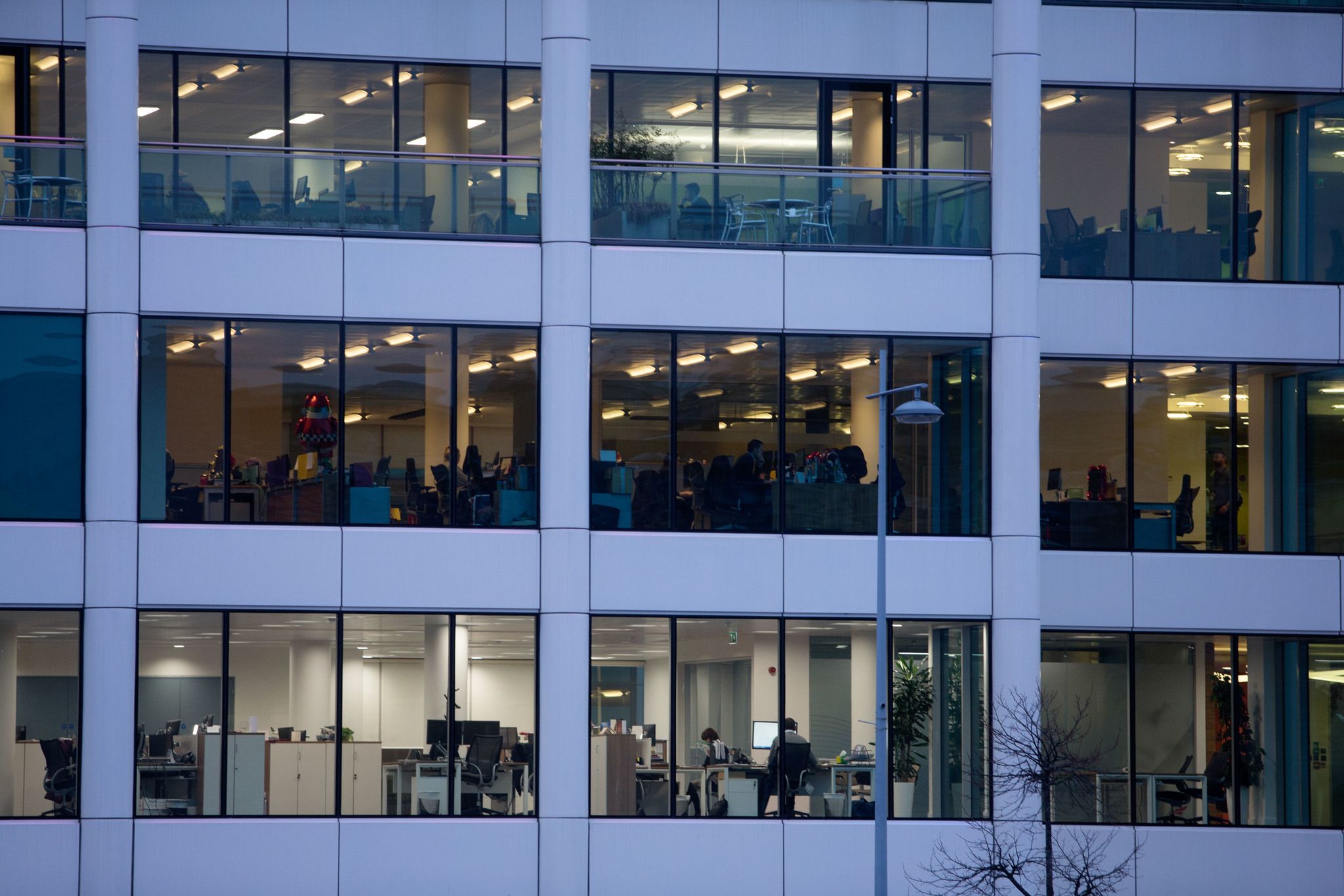 Do you spend too many hours at the office? ROLLING NEWS.IE/ SAM BOAL

Slowing down is key to success

Like many young professionals here in the U.S. and in Ireland, Tom O’Leary could not enjoy the weekend because he was exhausted. A father of two young children, he worked with large teams for multinational clients across a host of time zones, which meant a grueling, stressful cycle of being in early and leaving late. A promotion meant more money, but also more responsibility and even more pressures.

Later, O’Leary and some friends launched a startup, which demanded seven-day workweeks, while also making them less creative, more rigid in thought and ultimately less productive. Soon, he and his wife realized that they had to escape that lifestyle and recapture a simpler, slower, and more sustainable life. It took them on a journey back to a quieter life, whose first step was his entering a volunteer program, which awakened in him the desire to be a life coach. He then enrolled in University College Cork’s Personal and Management Coaching Master’s Program, which became an eye opening and transformational experience. I sat down with the Killarney-based Slowdown Champion O’Leary and asked him a few questions about life in Ireland and his own decision to move into coaching.

Geoffrey Cobb: You have talked about reconnecting with your grandmother's kitchen in rural Cork, where life was punctuated by cups of tea rather than clocks. Do you think many Irish people feel that their lives are too rushed and too stressed?

Tom O’Leary: 100 percent. I volunteer with 13- and 14-year-olds and I can even see at their age they are rushed and stressed. With school and all the activities their parents organize they are overwrought. A recent report in Ireland on Girls in Sport found that by the last year of high school only 1 percent of the girls were getting the 60 minutes of recommended exercise per day. Just think about that for a second. And what was the leading cause? "Lack of time." That is what we are teaching our young people in Ireland. That is what they are seeing in their parents. From the parents’ perspective there is a Fear of Missing Out. If my kid doesn't do this or that, will they get left behind? I would argue we need to rebalance doing and being. People have largely stopped dropping by houses, like they used in the past for want of time.  People are now afraid of interfering with people's plans, so dates must be set in the diary. If this is the way we want to live fine, but there is a sense that it has just happened to people and they haven't stopped to ask, "Is this how I want to live my life?", "Is this the sort of society I want?"

GC: Your website mentions the “busyness trap”?  Could you elaborate a little more on it?

TOL: We live in a culture that celebrates busyness. Many people even wear it as a status symbol or badge of honor. It can give someone a sense of purpose and even feel good, but what good is it? What is being achieved? The truth is that when you say yes to busyness you are saying no to so much more. Jon Kabat-Zinn talks about the total incompatibility of mindfulness and busyness. There is no doubt that it comes with costs.  For starters, excessive busyness can cause Tunnel Thinking, where we focus on the task in front of us but lose sight of the big picture. That's great if you're in task mode, but not so good as a lifestyle. The cost is amplified by distractions. Countless studies have shown the cost. Research by the UK Institute of Psychiatry showed that people distracted by incoming email and phone calls saw a 10-point fall in their IQ - more than twice that found in studies of the impact of smoking marijuana! Some studies have even put the number higher equating to at least 10 percent of the IQ for most people. Just think about that for a second! So, not only might we be stuck in the tunnel but also because how we think is being affected, we mightn’t even notice.

GC: That was your motivation for getting a certificate in coaching?

TOL: I first encountered coaching as a young manager in the late 1990s in a global localization firm when I led a team of project managers, most of whom were older and had more project management experience than I did. It quickly became apparent that a top-down management approach wouldn’t work and that they were in fact the experts. My job was thus to unlock their potential. It amazed me that when they came to me with issues, they also brought the answers but simply weren’t aware of them. This sowed the seed for a life-long fascination with coaching. What I lacked, however, was a really good coach to turn this fascination into a clear plan. Indeed, it was almost two decades before I finally resolved to bring the power of coaching to others, in the meantime continuing to run my own business, managing projects, people and translations.

GC: What do you feel are the benefits of escaping the busyness trap both in terms of career and personal health?

TOL: For starters, it is important to be clear that we're not talking about going into a monastery and living a meditative life. Instead it is about living life with greater clarity. Answering the question “why are we doing what we're doing?” This applies to all aspects of our life from the more personal to more work-related. For example, I had a client recently who was extremely busy with client work, but I saw his pricing did not reflect the huge effort he was putting in, so I asked him "How do you know which clients to lose?" It completely stopped him in his tracks. In his rush to get more clients, he hadn’t considered which clients he was taking on, or whether having them was really making economic sense. There was a cost for him personally of being overwhelmed, but there was also the cost for all the other clients too.

GC: What do you feel were some of the enduring understandings you gained from pursuing this coaching program?

TOL: To listen more and not only with my ears, but also with my whole body. People are wonderful. There is an infinite gift for reinvention, but we limit ourselves so much by the stories we hold dear. This means that so much goes on in our heads that we treat as real. It isn't, it is just in our heads. I echo the poet David Whyte's view that reality occurs at the frontier between our stories and those of others. So I've learned to treat all the stories in my head with a little more skepticism and be more playful with them, more accepting of other people's stories. So, for example, Ireland is a story with a universe of different beginnings and endings for different people depending on your cultural past and current identity. I realized that I had been raised through story - that was the old Irish way.

GC: What kind of person can benefit from your coaching?

TOL: People stuck on the busyness treadmill who are beginning to wonder if there isn't another way - particularly people in jobs that "demand" or they think demand long hours. People who want to spend time with their kids before they're gone. People who want to stop living other people's lives. And studies have shown that being busy can have a serious negative impact on life expectancy. One study of 680 men in the Boston area by Harvard researcher Dr. Stephen R. Cole looked at whether busyness (expressed as a sense of time urgency) had any impact on heart health. He found that regardless of the usual risk factors (diet, exercise, family history), the “busiest people” were over four times more likely to have a heart attack than those who felt the least sense of time urgency.

That said, people really need to be willing to have honest conversations with themselves. Part of busyness for some people (and I emphasize some people) is avoiding having these conversations. Not having time to think because they don't want to be alone with their own thoughts. So people need to be brave enough to take that step. Because of my own background perhaps - in that I've been there and seen the cost - I'm passionate about helping people to slow down.

Go to http://tomoleary.ie/ for more information.