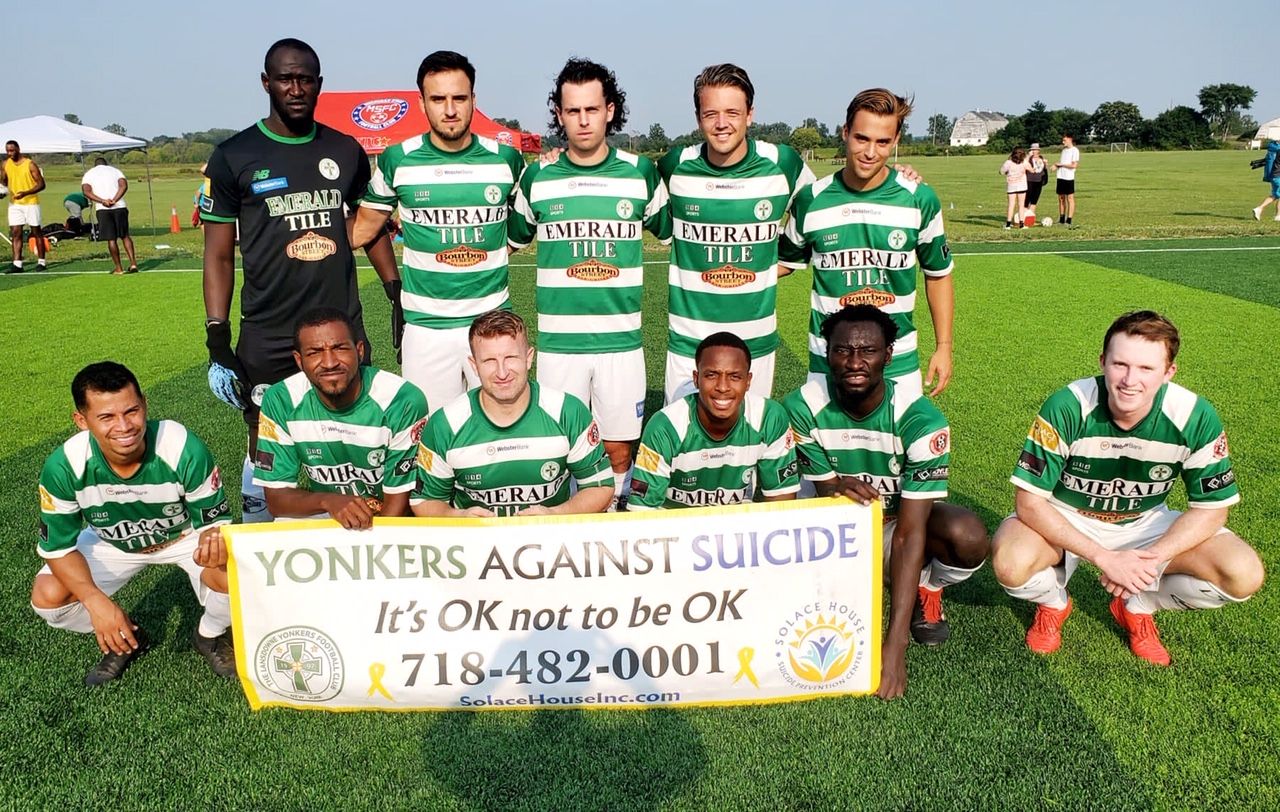 Irish juggernaut Lansdowne Yonkers defeated Houston’s ASC New Stars 4-3 on penalties at the Michigan Stars Sports Complex in Washington, Michigan, last weekend to win the USASA Werner Fricker Cup for the second time. With the victory, the Bhoys completed a “National Double” and made U.S. history as the first soccer team in the nation to do that twice.

A fortnight earlier, Lansdowne had come from behind in Chicago to beat Cal FC of California 2-1 and bag the  USASA National Amateur title, also for the second time. The Bhoys last clinched both the U.S. Amateur Championship and the Fricker Cup in 2017.

Lansdowne had traveled to Michigan as Region 1 Fricker Cup holders and with just 16 fit players . “It was always going to be a hard ask with two games in two days,” said club president William McGrory.

But like they’ve done all campaign, the Bhoys sucked it up and played hard.

Their first hurdle at the Michigan Stars Sports Complex on Friday night was Ann Arbor FC,  “a tough opponent with many ex USL players and current NPSL  players,” noted McGrory. “Overall, the Bhoys were the better team but it took a late Shaquille Sanchez goal to get Lansdowne into [the] final. Massive team performance.”

It was a bit of a Pyrrhic victory for the Bhoys as they could only suit up 14 players for the final less than 48 hours later against ASC New Stars.

“Playing against a really good and physical side from Texas, Lansdowne played some of their best football all year and could have been five up but went into the break 1-0 up,” McGrory reported.

Sanchez was the scorer again.

The Texans equalized early in the second half but Lansdowne would maintain their dominance only to have three goals disallowed for offside. Then it went to penalties.

Lansdowne missed their first spot kick but scored their next four to prevail 4-3, with dependable goalie Kabo Danso producing a big save on New Stars’ third shot.

Coaches Sean Kelly and Craig Purcell were delighted and lauded their depleted squad for an outstanding team performance.

McGrory hailed the coaches and players for the work and dedication they put in during the season. The president also praised the club’s faithful supporters,  sponsors and the board members, “who make everything happen off the field.” “Thanks to Pat Murphy and New Logical for all the live streaming in rain , hail, snow and excessive heat,” he added.

This latest cup victory establishes Lansdowne as a U.S. soccer powerhouse outside Major League Soccer after an astonishing 100 percent hundred in all competitions this season. They entered eight competitions and won all eight in the club’s most successful season to date. Lansdowne’s victory roll includes:

The Region 1 US Amateur Cup

The Region 1 US Werner Fricker cup.

The US Amateur Cup; and

The Werner Fricker US Open Cup.