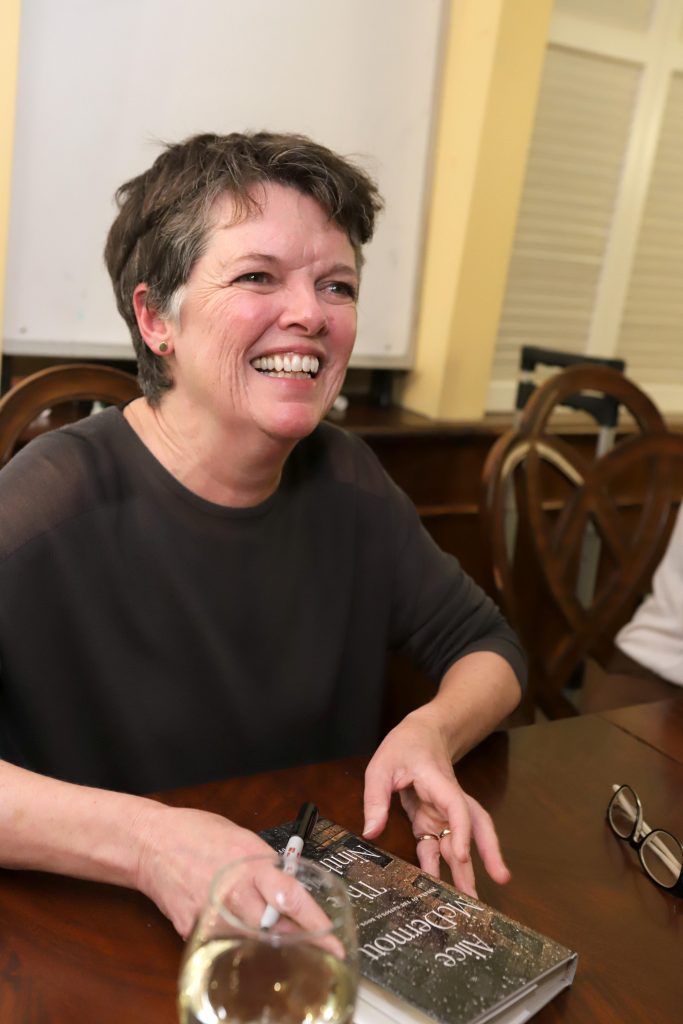 'There’s so much suffering'

The Catholic Church lost an opportunity to speak out on the issue of suffering during the pandemic.

“Honestly, Joe Biden has come as close as I’ve seen to someone in the public eye speaking of the spiritual aspects of this thing we’ve just been through,” she said.

“I suppose that there have been individual sermons that have been given,” said McDermott, whose entire family came down with Covid in December. “But the public face of the church has been more about objecting to shutting down Masses than offering spiritual consolation, at a time as a society, as a world, we really need it.

“We need to be reminded of what’s at the heart of our faith and here we’re arguing ‘let’s crowd in a few more people because we’re not getting the collection money.’”

The alleviation of suffering or what we do with suffering, she said, hasn’t been addressed.

“We can’t avoid it — isn’t that the Christian message? The Catholic message is what we gain from suffering,” she said.

Instead, the Washington-based McDermott has detected a “kind of indifference to the suffering of others.”

She added, “I’m dismayed as an American how little our obligation to one another seems to figure in so many people’s consideration.

“Even now, I can’t believe we’re not outraged enough,” said McDermott, whose most recent book, “The Ninth Hour,” which the Wall Street Journal described as a "great novel," written with the "precision of a master," features an order of nursing sisters working in early 20th century Brooklyn. The reviewer for the Sydney Morning Herald said the sisters' “moral sense is made flexible by what they’ve learnt in the slums. They know when to speak, and when to shut their mouths and roll up their sleeves.”

Getting sick, which the family did together, “brought another reality to it,” McDermott said.

“I guess having been through the virus personally and seen my kids go through it, it’s not just the death toll, there’s so much suffering,” she said. “This is a really awful virus that makes people very, very sick and makes their deaths and their illnesses really terrible.

“I just don’t see enough of that in the public discourse,” she said. “We need a little bit more keening.”

The National Book Award-winning novelist found in 2020 that she had to turn to reading poetry and plays for sustenance.

“When things were really awful in New York, our three kids live in Brooklyn, with all the stress of that, hanging on to Gov. Cuomo’s words through the worst of it last spring, I found for the first time since I’ve been literate that I just couldn’t focus on long works of fiction, on reading,” McDermott said. “My solace for all my life has been going to novels and I found that very difficult.”

Fiction, as it happened, had been one source for her awareness of the last pandemic — specifically, the title work in Katherine Anne Porter’s collection of short novels “Pale Horse, Pale Rider,” which dealt with the suffering caused by the great influenza at the end of and after World War I.

Another was McDermott’s knowledge that her own maternal grandmother, who was from Bundoran, Co. Donegal, succumbed to the flu on Manhattan’s Upper West Side in March 1919, even though in their Irish way the family always said she died of pneumonia.

McDermott’s other grandparents were from Mayo, Cork and Kerry, and it was when discussing immigration that the novelist referred to the nation’s “spiritual malaise.”

She said, “Our obligation is to the sickest among us, to the poorest among us. We are one of them, in some way, or may find ourselves one of them.

“Immigration has always been a difficult, complex problem for a country like the United States, but one we are morally obliged to address rather than just dismiss, because it’s not us, it’s them.

“It’s amazing and ironic and sometimes stupefying that a country of immigrants could so readily turn against the next wave of people who are only looking for what we’ve been given,” McDermott said.

For more about Alice McDermott’s work visit her website here.