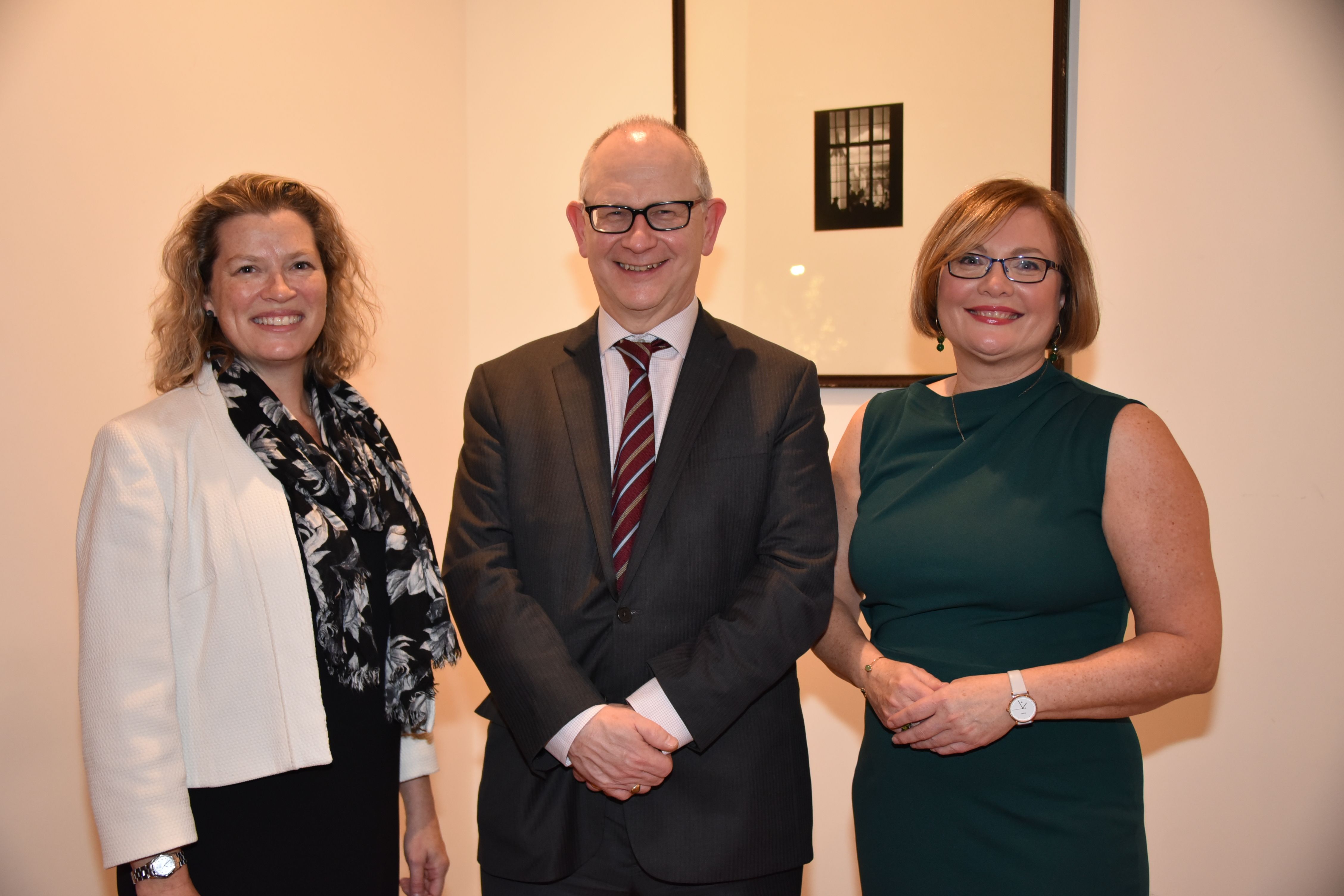 Pic of Day: Guests from the New York City Irish and Irish-American community gathered at rosie O'Grady's Manhattan Manor for the first of three events celebrating the U.S. launch of “Look! It’s A Woman Writer!” - a new anthology of Irish literary feminisms. The event, co-hosted by the Consulate General of Ireland and the Northern Ireland Bureau, also welcomed Britain’s new Consul General, Emma Wade Smith, as a guest and was moderated by noted New York-based Irish writer and academic, Belinda McKeon. The event featured several contributors: Editor Éilís Ní Dhuibhne, Ivy Bannister, Ruth Carr, Anne Devlin, Sophia Hillan and Cherry Smyth. Irish Consul General Helena Nolan remarked: “One of the many things that I love about this book, is how it is effortlessly and holistically from an all-island dimension and I am really pleased to have four panelists from Northern Ireland participating. I also love this book’s focus on the transforming power of education for young women and girls, on the importance of the female role model, and how it gives a visibility and a voice and a renewed platform to a group of 21 wonderful women writers, all of whom have been active since the 1970s and who now have this opportunity to share the stories behind their stories.” The book was officially launched at the New York Irish Center on Wednesday night at an event moderated by Yvonne Cassidy. The contributors to the book also met with attendees at the Irish Business Organization Women’s lunch on Thursday, which took place at the Bank of Ireland Innovation Lab. Pictured (l-r): Consul General Emma Wade-Smith, Andrew Elliott, and Consul General Helena Nolan. Photo by Nuala Purcell.