Home Opinion O'SHEA: And Speaking of a Speaker McCarthy 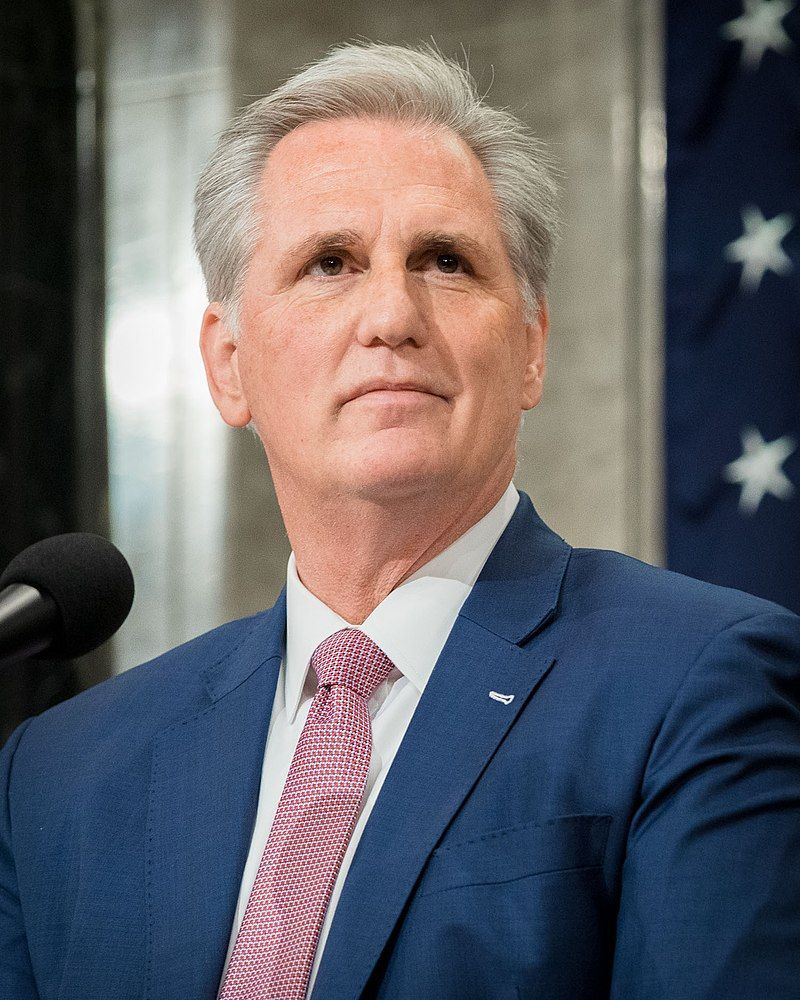 O'SHEA: And Speaking of a Speaker McCarthy

Kevin McCarthy, the Republican leader in the House of Representatives and a very ambitious man, sees himself on the cusp of a major positive career move.

He wants Nancy Pelosi’s job as Speaker, and the current betting suggests strongly that he will take over from her after the midterm elections in November of next year.

Recent voting for governor in Virginia and New Jersey seems to confirm that people are moving away from the Democratic Party, dissatisfied with rising prices for utility bills, as well as in the supermarkets and gas stations.

More than that, the midterm elections, following compelling past precedents, will likely show a significant swing away from the party in the White House. And the Pelosi Democrats are already working with a tight lead that only allows a slight slippage before losing their majority.

Republicans in some states have gerrymandered the constituency boundaries for their own electoral benefit. One independent expert wrote recently that the new revisions on their own are likely to provide a Republican majority in November.

Mr. McCarthy, unlike Paul Ryan, whom he replaced, is not a conservative ideologue. Apart from a detestation for what he calls socialism, he is not associated with a strong commitment to any particular policy position. He has shown that he is adept at rolling with the punches as he pursues his overweening goal of winning the Speaker’s gavel.

Marjorie Taylor-Greene, who would be at home in the wildest corner of Cloud Cuckoo Land, disputes the easy passage to power by McCarthy, asserting that he may be opposed within the caucus for the top job. Her friend, Congressman Jim Jordan from Ohio, a popular and loquacious avatar of all far-right causes, is being mentioned as an alternative.

And former Congressman Mark Meadows, who served as President Trump’s chief of staff, points out that the position doesn’t have to go to a member of Congress, raising the prospect of promoting Donald Trump to be the next leader of the House.

Mr. McCarthy has his finger in the air at all times and feels that his path to the top has to include kowtowing to the far right of his party. At the beginning of 2021, after Rep. Taylor-Greene advocated violence against Speaker Pelosi and Barack Obama while claiming that Hilary Clinton sliced a child’s face, he described her wild emanations as “deeply disturbing.”

However, just recently, he promised publicly to restore and improve her committee assignments when he wields the gavel after the elections, clearly indicating that Marjorie will be an important part of his team and her unstable verbal meanderings will be valued.

McCarthy showed the same lack of conviction after the January riots at the Capitol. At first, he condemned the insurrection unambiguously and pointed the finger of blame at President Trump. However, after hearing different perspectives from some members of his caucus, he trooped off like a mendicant to Mar-a-Lago to show the world his obeisance to the former president.

Leader McCarthy’s recent eight-and-a-half-hour rant before the Build Back Better Bill passed in the House undoubtedly impressed many conservatives. This vitriolic outpouring, denouncing as socialist the progressive terms of the legislation, drew praise from Trump, who went a step further than his acolyte by dubbing the Democratic legislation as “communism.”

McCarthy is probably correct that he can’t hope to achieve his all-consuming goal of winning the speakership without Mr. Trump’s benediction, but working with such a capricious ally will keep him awake at night. Senator Mitch McConnell, the Republican leader in the Senate, believes - with good reason - that Trump cost him at least one of the two Senate seats in Georgia and, consequently, the leadership of the upper house.

Now the former president is calling McConnell an old crow, a loser who should be ousted from his leadership job. McCarthy must wonder what bird he will be compared to by the volatile Mr. Trump if things don’t work out to his satisfaction.

Mr. McCarthy is all-in with the former president, which means he will have no choice but to affirm some of the absurd positions that Mr. Trump holds. For instance, Trump still claims that he won the presidential election. McCarthy has dithered on this outrageous contention, but many members of his caucus believe it.

Some of them further assert that the January 6 pillaging of the Capitol must be seen in the context of patriots angrily demanding fair play after the “stolen election.” McCarthy knows that this qualifies as bunkum, but he dares not say so publicly.

Recently, Congressman Paul Gosar of Arizona lampooned Congresswoman Andrea Ocasio-Cortez while slashing her on a video and included President Biden in the virtual carnage. He claimed that it was all done in a jocose spirit and Leader McCarthy shamelessly defended this despicable behavior on the floor of the House. He impressed his hardliners, but what does the rest of the country think about this puerile performance.

Donald Trump is completely in the dark about climate change. He claims that it is a hoax. Does Kevin McCarthy agree? He can’t contradict the boss on any important issue, so it is very unlikely that he will have anything to say about this massive problem, which more and more people see as crucial for the continuation of human life on the planet.

Saving the environment is a litmus test for young voters. They turned out in big numbers to support Joe Biden’s election to the White House. Can Kevin McCarthy’s party win an election while claiming that global warming is a non-problem, unworthy of the electorate’s attention?

The aspiring Speaker has voted against parental leave for families when a new baby arrives. Democrats feel that parents should have at least one month off work with pay to take care of the newborn. Will he continue to call this socialism? Will the American people settle for that?

The same question applies to the Democratic proposal to provide coverage for dentures, hearing aids and eyeglasses for seniors. Mr. McCarthy has taken a clear stand by voting against these benefits. More nanny-state socialism, he argues, that runs up the deficit.

He will be reminded again and again by Democrats, like the exuberant and sharp Sean Patrick Moloney, who leads the House Democratic campaign, that in the last Trump budget Kevin McCarthy voted for close to two trillion in tax breaks for the wealthy - all of which is now part of the national debt for future generations to worry about. Leaving bills for one’s children and grandchildren to pay qualifies as the very antithesis of conservatism.

Moloney is already on the rooftop asking Republicans why they have no problem with this kind of socialism while raging against a few billion to provide quality dentures or hearing aids for retirees.

The political polls look great for Kevin McCarthy; he has the wind at his back right now. However, he is dancing with hardliners including loudmouths like Boebert from Colorado, Gaetz from Florida, Gosar from Arizona and the inevitable Greene from Georgia. They are the Republican leader’s wild bedfellows and Sean Patrick Moloney will hope that they will be heard frequently expatiating about their political beliefs.

Mr. McCarthy is riding a tiger but, in accordance with the ancient wisdom, he must move very gingerly or he may well end up inside the animal.