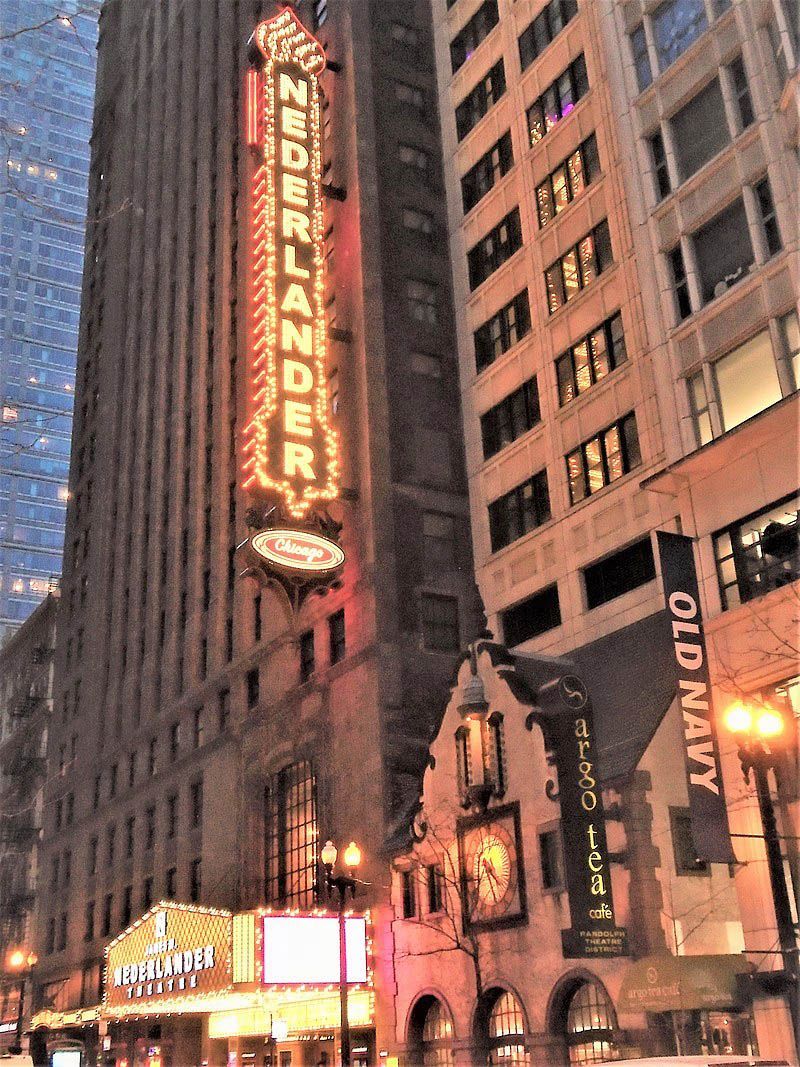 In the City of Chicago

As the evening shadows fall

There are people dreaming

Of the hills of Donegal

It’s a rare piece of real estate on this planet that a Donegal person hasn’t strode over.

My father told me he once heard a tenor from Letterkenny break into "The Homes of Donegal" in a Hong Kong saloon.

Still, it was a surprise to run into Frank Bradley and his family when they came to see "Paradise Square" at Chicago’s Nederlander Theatre last Saturday night. I hadn’t seen Frank since Black 47 disbanded seven years ago but I should have known he’d show up, for Donegal people are nothing if not loyal.

Frank was legendary in Irish music circles as the promoter of Irish Fest at Gaelic Park way down on the South Side of Chicago. Black 47 first played Irish Fest in a snowstorm on Memorial Day Weekend 1991. I kid you not! We were outdoors too and despite the elements delivered a full 90-minute set.

I guess that got us the gig for we headlined the festival thereafter until 2014. As we laughed and reminisced, I was reminded of how welcome I always felt on the South Side. For in neighborhoods like Beverly, Bridgeport, Mt. Greenwood and the suburbs of Oak Park, the Irish heart still beats strongly.

The Irish have spread all over the city now but they gather together every Memorial Day Weekend in Gaelic Park. During the Black 47 years it was not unusual to have 50,000 of all ages and classes gathered together to whoop it up during Irish Fest. In our large tent there would be a mosh pit the like of which you wouldn’t see in CBGB’s.

While down the field other tents would respectively feature old time waltzes and traditional music to beat the band. But that was just one week of the year. Gaelic Park goes about its considerable business the other 51 weeks also. It’s the home of the GAA in Chicago and sits on 62 acres with six full-size playing fields, and a main sports stadium.

And it all came about because Frank Bradley and a tightly knit board of strivers and achievers looked out on a field in Oak Forest back in 1979 and dreamed of creating a new home for Irish sport and culture. The Chicago GAA itself was founded in 1890 and has had a distinguished history. It has, however, prospered or declined depending on Irish immigration.

The Great Depression and World War II delivered severe body blows, but the revered organization revived again courtesy of fresh waves of immigration in the 1950s and 1980s. While there are many surviving football, hurling, and camogie teams, the great hope now comes from the juvenile clubs – children and grandchildren of immigrants who compete with other youth teams locally and around the Midwest.

An Irish cultural camp is held every August where children from 6 to 12 are introduced to our history and traditions through workshops in dance, drama, language, music, sport, and art. With the resident Gaelic Park Players and Choir there’s no shortage of theatre and singing, and yet, as with the North Side Irish Heritage Center, you’ll be listening a long time before you hear anyone under 40 with an Irish accent.

“And it all came about because Frank Bradley and a tightly knit board of strivers and achievers looked out on a field in Oak Forest back in 1979 and dreamed of creating a new home for Irish sport and culture.” It amazes me that given the power and clout the Irish have in both major political parties we consistently fail to use it to solve this existential conundrum.

A very simple question could be put to every political candidate in the country – What do you intend doing about legalized immigration into the USA? I, for one, have had enough of the current smug Know-Nothing, xenophobic attitude towards immigration. Walk down any main street and you’ll see signs in store windows seeking new employees.

These jobs could be filled by immigrants with work visas or green cards and would help set the economy on a sound economic footing again. With an aging population this is more than a dream, it’s practical politics.

But just as important, there’ll come a time when we’ll need newly arrived visionaries from Donegal, the likes of Frank Bradley and others, and we won’t have them because of a failure of will on our part to demand far sighted and meaningful immigration legislation.