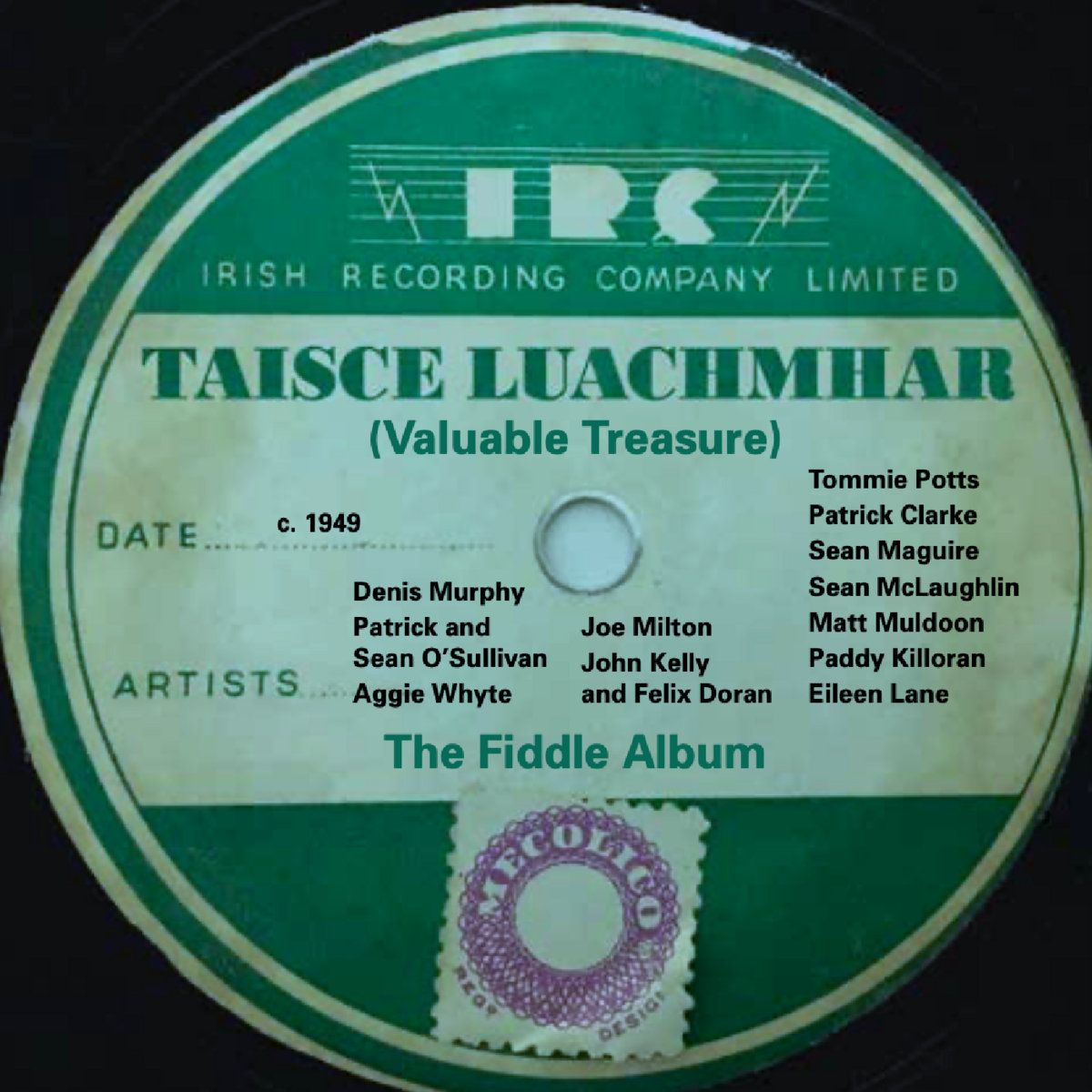 The recordings are an absolute revelation.

Tracks thought lost have been found

Regular readers of this column know how much I dig a good vintage release, and that’s exactly what we have this week in “Taisce Luachmhar (Valuable Treasure) – The Fiddle Album,” an absolutely gorgeous album of 32 unreleased – and long considered lost – recordings made by Bill Stapleton, a Kilkenny-born Dubliner, for the Irish Recording Company, the label he ran from 1948 into the early 1950s.

A captain in the Irish Defence Forces during World War II, Stapleton left the service with aspirations to go into the music business.  At some point he purchased a portable disc cutter and as early as 1947 made commercial recordings for RTÉ.  However, during this time he also travelled the country making recordings for what would have been Ireland’s first traditional music label.  His technological resources were modest, but he did his best with the gear at hand.

Filled with ambition, he looked to the United States as a potential market and sent recordings he’d made to WDAS in Philadelphia (where they were played) and to potential distributors, including Boston’s Copley Records who issued some of his sides without Stapleton’s knowledge.  Once Stapleton became aware of this transgression, he considered the trust he’d built up with musicians broken and his reputation shot.  He closed the label and in 1952, moved to London where he got into broadcasting.

Before he left, he boxed up his original acetate discs and gave them to legendary musician and music collector Breandán Breathnach, who for whatever reasons, left the cache untouched.  In the 1980s, possession of these discs passed to Harry Bradshaw, the great broadcaster and godfather of Irish music reissues, who sat on them until lockdown, when the time provided him the opportunity to review and prepare them for release.

These recordings are an absolute revelation.  Stapleton did an incredible job on his end as a recording engineer.  And while some tracks contain the occasional, inoffensive vinyl artifact, Bradshaw has maximized the potential of Stapleton’s work, making them sound vibrant and very “modern.”

It’s hard, for example, to be not moved by the drive in Whyte’s “The Rookery / …,” it’s just incredible.  I was fascinated to hear what a young Potts would do with “Pigeon On The Gate / The Tarbolton” – his lift and variations are outstanding (listen here) and make an interesting comparison to things he would do as an older musician.  Maguire’s playing on “The High Level /McCormack’s” is clean, beautiful, extremely stylish, and a delight to listen to.  Fans of Murphy’s playing will be thrilled with what’s here, as will fans of Killoran (who made his recordings on his 1949 trip home).  Their tracks put the playing of these hugely important figures in great new light.

If you love beautiful old traditional music, “Taisce Luachmhar (Valuable Treasure) – The Fiddle Album,” is the album to get right now.  The music is great, that of the lesser known players is as interesting as that of those more well known, and the whole package sounds great.  If you love fiddle music, buy this album – it’s a classic.  And if this sort of thing is your cup of tea there’s reason for further excitement: “Taisce Luachmhar (Valuable Treasure) – The Piping Album” is in the works through Na Píobaiarí Uilleann for release later this year.  (I cannot wait to hear it.)  “Taisce Luachmhar” can be purchased directly through Cairdeas na bhFidiléirí’s website, tinyurl.com/TaisceLuachmhar.