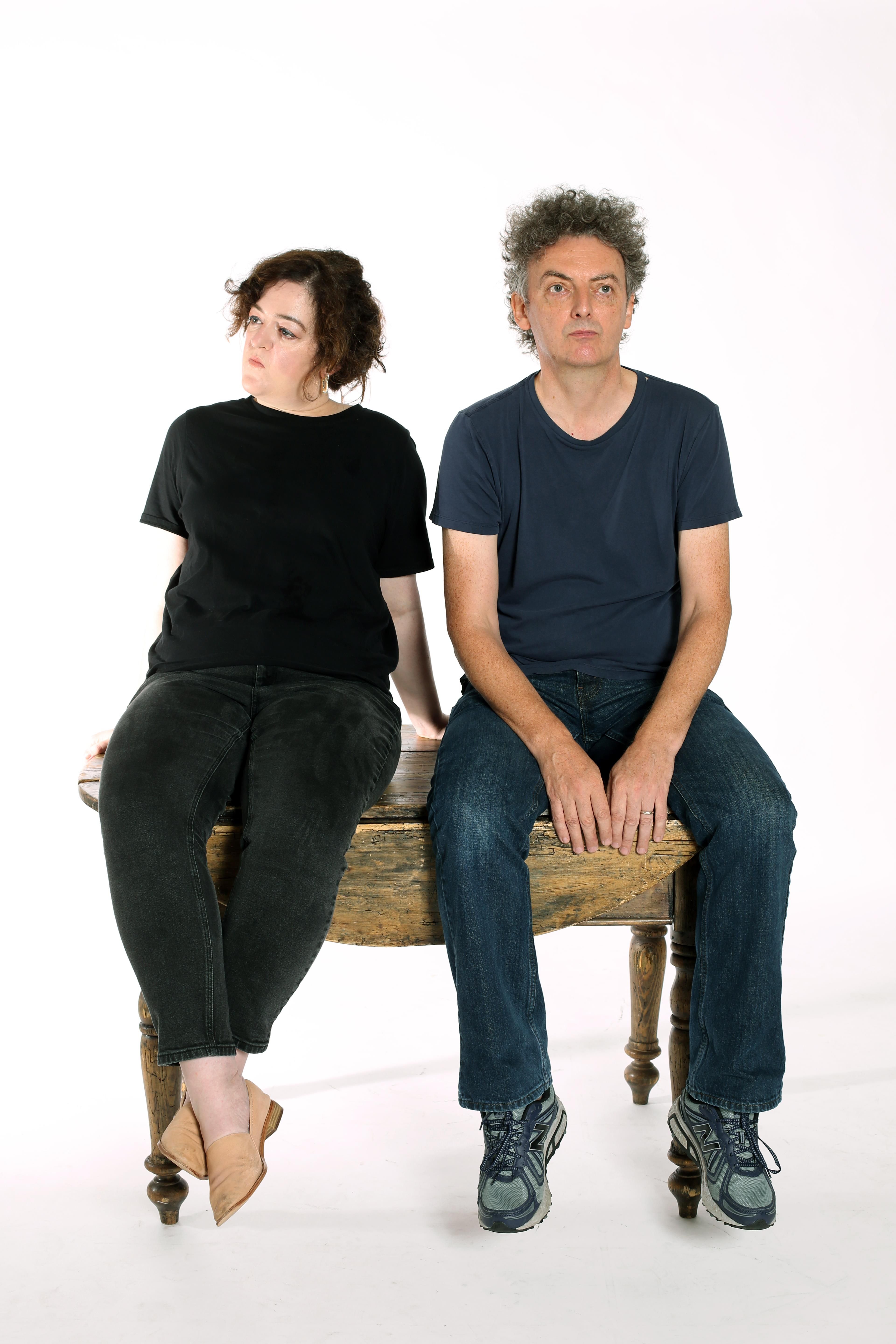 Maeve Higgins and John Keating are starring in Kevin Barry's "Autumn Royal" at the Irish Rep through Nov. 21. PHOTO BY CAROL ROSEGG

A curtain is raised on the proscenium of New York, and the great work of drama begins on our hallowed stages once more.

There is something to be done, in particular this week, as we wait for the Irish Repertory Theatre to open its doors, ushering in what will be referred as its “on-stage season”—for an exceptional age within which theatre attendance has possibilities—after not having seen a live performance open to the public since March 2020. This Friday, Oct. 8, Irish Rep will grace New York theatergoers with just such a sight: to reunite us with that ancient spectacle of theatre in the flesh.

When observing this time in retrospect, the circumstances for most professionals in theatre have been little less than a delirious, surreal ordeal. Yet for many theatres like Irish Rep that have remained, this odyssey out of the pandemic has been an ongoing, to-be-decided miracle that has revealed many changes for the better, and blessings along the way.

As one walks through the stage doors at the Irish Rep, the magic of art about to come alive is stirring everywhere. The mainstage area is cluttered with objects, teeming with need for their part to be played. Excitement and exuberance rattles the theatre; it is the buzzing of stage practitioners returning to their lives’ work. The dramatic air is alight with warmth tonight at the Irish Repertory Theatre.

The essence of elation and pride imbibes Ciarán O’Reilly—managing director of the Irish Repertory Theatre— as he outlines the designs for the first show on-stage, “Autumn Royal,” written by Kevin Barry, which will see its North American premiere this season, starring John Keating and Maeve Higgins. He describes the esthetic of the set as being in an “abstract” vein, which he explains confidently, joyously, yet with a touch of the tenuous. Considering this, one receives the notion that the future seasons of many New York theatres will be nothing if not abstract.

Nevertheless, the show will go on, again, at last.

In conversation with O’Reilly days before the theatre’s on-stage re-opening, we glanced back at the past year and a half at Irish Rep, discussing the aftermath of events from tribulations to triumphs. There is a glint of catharsis in his voice as he recounts the near two-year crucible he and his colleagues at Irish Rep have undergone, yet coupled with a measured foresight as to what lies further ahead.

Beyond March 12, 2020, everything has been a matter of ingenuity, exploration, experimentation, and support from fans and friends, of which the Irish Repertory Theatre owes its enduring survival. Like many artists in this pandemic who’ve had to get creative about their professions and think quickly on their feet, the Irish Rep turned to the internet as its sanctuary, and brought the theatre onto digital platforms. “We’re blessed with a really let’s-roll-up-our-sleeves staff, who left here on March 13, and went home, opened their laptops and began working,” O’Reilly said, “And we immediately started off with ‘The Show Must Go Online.’”

Whereas several prominent theatres have gone full-fledged into adapting to the streaming-service platform, with tremendous success, the Irish Rep’s “The Show Must Go Online” series, and later full-length plays, found more commonalities with the YouTube Live model, that in many respects preserved the integrity of its live-stage productions.

Ciarán O’Reilly is managing director of the Irish Repertory Theatre.

O’Reilly explained that this was intentionally carried out, juxtaposing a night at the theatre over YouTube: “We would do [the recorded performances] at set show times so it mirrored what a live show time would be; 7 o’clock on a Tuesday; matinee on a Wednesday…So all of that was done very specifically to try to keep people who were used to going to a theatre to a timetable, and a timetable they knew and were familiar with.” He described the theatre’s use of live commenting as well to mimic the sensation of the real thing: “…It was a bit like a lobby, you know, where people would come and assemble in the lobby and say ‘looking forward to tonight’s show’…So it gave people at home something to hold onto, some live component to something at that time, when there was nothing live going on.”

O’Reilly expounded on the Rep’s foray into producing theatre from home; namely, the learning curve of Zoom rehearsals, iPhones, and green screen technologies. As he recalls an amusing anecdote of troubles in scene continuity when recording their online production of “The Weir,” (concerning pint glasses not being full from one screen to the next), a curious thought surfaces that one is listening to a film director.

Speculating on theatre’s future, in context of the camera, as theatre takes on the appearance of something resembling a hall of mirrors, one begs to ask the question: what is theatre, if not live nor on stage? “I think it’s a hybrid,” O’Reilly said; reflecting the opinion of Conor McPherson, who said of Irish Rep’s adaptation of “The Weir”, that it’s “an entirely new art form that’s been created here.” Yet, O’Reilly commented, “It depends on how you do it now…We don’t want to lose sight of the point that this is a play, and we’re putting on a theatre piece.”

While there is no doubt that the outcome of the pandemic has seen theatre indelibly changed, for smaller companies like Irish Rep, the enticements of those changes abound. O’Reilly remarked, “Because we were one of the few people doing [an online season] at the time—we got out the gate very fast—we also got a lot of press…so people began tuning in who never heard of the Irish Rep before….On some nights 3,000 people [were] watching it a night, and it was like ‘Jesus, we have 150 seats!’”

When asked what the most prominent perks of the pandemic season has been, for O’Reilly, it’s been accessibility, community, and heartwarming connection.

“One of the most gratifying things in all of this experience was the letters that we used to get...And it was often done with shaky hands…a heart-rendering note about how much it meant to them to be able to sit and watch theatre during these dark times. And we got literally thousands of these letters that came in…And it made us cry that it had this impact, that it had this need and it fulfilled a need…And it just landed in a much more meaningful and powerful way.”

One is left to wonder, that if the advent of digital theatre has reaped so many advantages in both opportunity and creativity, if theatre can ever go back to being what it was.

Of this, O’Reilly is careful not to make early premonitions, but above all is unwavering: “If you asked me a couple of months ago, we’d be saying ‘No, we definitely don’t want to lose this audience we have.’ But we have found that, when things are getting more live that people are getting away from their machines.

“It’s primal. It’s a primal need. It’s like going to church or something, and sharing the spirit of what that is. And that’s why it will survive, and that’s why it’s survived for…4,000 years. It’s people coming together to do something, and to listen to a story, being told, together,” O’Reilly said.

A new millennium is indeed approaching, a catastrophic epoch: immediate, infectious, frightening, wondrous. Yet whatever it will be, at least we will do so in unison, to revile and applaud… together.

For more on current shows, go to irishrep.org.