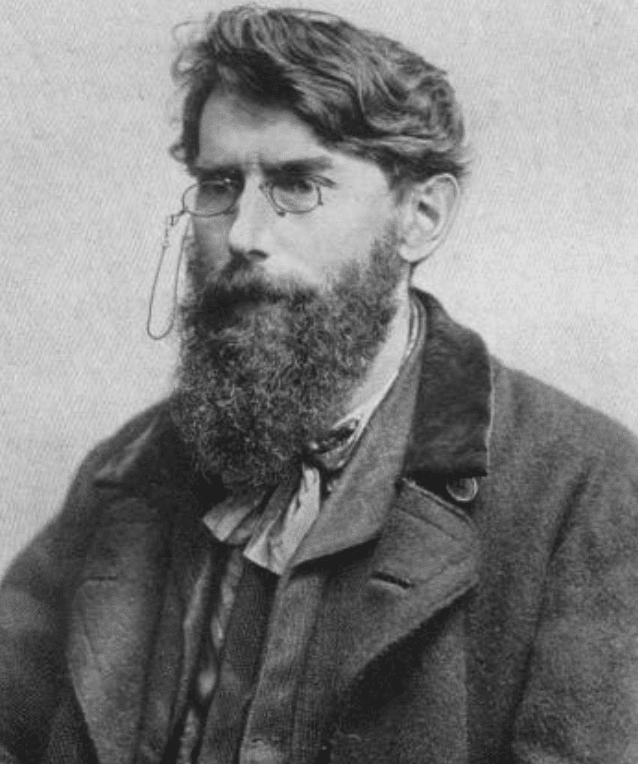 Jim Conway, a retired civil servant from Lurgan, Co. Armagh, had heard of George William Russell, the Lurgan-born poet and painter, but considered him nothing more than a minor figure. However, all that changed a few years ago on an accidental visit to a museum in Galway’s Coole Park, where Conway saw a fan belonging to Lady Gregory with signatures of famous writers and statesmen from around the world. Shockingly, in a prominent place on Gregory’s fan, writ large, was Russell’s signature. Suddenly, Conway realized that Russell — who used the pseudonym AE — was not some minor figure, but a person of great importance in Irish history and letters that he knew little about. It began for Conway  a journey of discovery about Russell and his work that has transformed his life and given him a newfound purpose.

Reading up on Russell, Conway discovered that he was a veritable Renaissance man, of great accomplishment in myriad areas, a seminal figure of the Celtic Revival and a mystic who was a kind of Irish William Blake.  Conway also learned that April 2017  would be the 150th Anniversary of Russell’s birth and felt as if some mystical force was pulling him to recall and celebrate Russell’s largely forgotten legacy in his hometown.

Conway began to appreciate Russell’s immense contributions to Ireland and realized that someone needed to set the historical record straight.  AE had first advised W.B. Yeats to drop painting and focus on poetry. He was  also a mentor for James Joyce, who thanked him in “Ulysses” and Frank O’ Connor, who in his eulogy for Russell praised him for being the father to three generations of Irish writers. Russell was also a gifted painter, whose work appeared at the legendary Armory Show in 1911 and who had advised Jack Yeats to abandon studio art and instead paint scenes of rural Ireland. A pacifist, Russell’s writing decrying violence helped shape Mohandas Gandhi’s belief in non-violence. Russell’s decades-long work in the Irish rural co-operative movement helped break the centuries-long cycles of hunger and famine that plagued the Irish countryside. Russell even had an influence on American agricultural policies during Franklin Roosevelt’s New Deal through his friendship with American Vice-President Henry Wallace who said of Russell, “AE was a prophet out of an ancient age. He had a preoccupation with the intangibles which give beauty and direction to life. He was one of the finest, most gifted, and most colorful people I ever knew.”

Conway became inspired to take part in the creation of an AE Russell Appreciation Society and a Russell festival in Lurgan to commemorate the great man. The festival, now in its fifth year, and hopes of building a Russell interpretative center, have also had an unforeseen positive effect on community relations. They have helped bring Lurgan, an often-polarized place, divided by sectarian tensions, together.

Russell was no stranger to those tensions. As a child, he witnessed with horror the many sectarian riots during the home rule crisis, which both forced his family to leave and made him a lifelong foe of violence and advocate of cross-community peace. Both Protestants and Catholics in the town have embraced Russell’s commitment to dialogue and peaceful resolution of  conflicts.


Secretary of Agriculture Henry A. Wallace in 1940, the year before he was elected U.S. vice-president.

Cross community work on the Russell project has even led Jim Conway into an unusual alliance. Conway, a nationalist, has become friends with a local member of the Orange Order, David Martin. The Orange Order owns the magnificent Brownlow House, on whose grounds Russell once lived, and where he had his first mystical visions. Surprisingly, the Orange Order has even invited Conway to host events at the house and Martin has co-operated with Conway on a number of local heritage tours. A number of  other locals who once were on different sides of the political divide have found common ground in promoting the annual festival and both sides of the town hope that interest in Russell can be a catalyst for tourism.

Members of both sides of the community hope to raise money to build an interpretive center, which would celebrate Russell’s life and promote Russell’s many important legacies through visual arts, poetry, drama and heritage tours. On a much deeper level, Conway hopes that celebrating Russell’s legacy will transform Lurgan from a place of  division into one of unity and cross-community friendship, a transformation that AE would certainly endorse.