The aftermath of the 1916 Easter Rising presented the hierarchy of the Catholic Church with an increasingly difficult dilemma.

Armagh Cardinal Michael Logue had condemned the “folly” of the government’s reaction to the Rising, but nor were he and his colleagues in any way sympathetic to the rebels’ actions.

“Until this point many of the bishops had been aligned with the Irish Parliamentary Party,” comments Oliver P. Rafferty, a Jesuit priest, in his latest book.

“Indeed, the bishop of Raphoe, Patrick O’Donnell, was its honorary treasurer, but now that party was beginning to look like a spent force.”

Writes Rafferty, “Logue was a resolute opponent of the revolutionary design, an Irish Republic, but by contrast a sizable section of the clerical body had begun to support Sinn Fein.”

At the top of its leaders’ list of concerns was the fact that the church generally was the loser in revolutionary situations. It only had to look at what had happened during the French Revolution and later the Risorgimento in Italy.

“The church’s first duty was to support government as a manifestation of the divine will, except in conditions where the state actively sought to undermine the position of the church,” writes Rafferty in the book’s preface.

Over the 200 years under survey, the “conditions did not exist in Ireland that would have justified revolutionary violence under the terms of Catholic social teaching.”

The problem for its leaders was to wean the faithful away from violence, “but in such a manner as not to lose the affections and support of the people as a whole.”

That was their main concern.

“In addition, Catholicism’s growing institutional impact in Ireland, especially in the O’Connellite era, gave it a taste for the political influence it could wield over Irish affairs, and that power it did not easily surrender,” Rafferty says.

“Much of the church’s history in the last two centuries is a story of its attempts to retain such authority, while at the same time protesting that its interest lay only with the spiritual and eternal welfare of its followers.

“Equally, throughout the 19th Century, the British state and empire brought enormous benefits to Catholicism as the church expanded its domain under the protection of the Union flag,” says Fr. Rafferty, who is professor of modern Irish and ecclesiastical history at Boston College.

Eventually, though, during the post-1916 era, the church would disengage from support for the British state in Ireland and link its fortunes to nationalist concerns.

Published works: “Catholicism in Ulster 1603-1983” (1994), “The Church the State and the Fenian Threat 1861-1875” (1999), “The Catholic Church and the Protestant State: Nineteenth Century Irish Realities,” (2008), “Violence, Politics and Catholicism in Ireland.” Has also edited three books including “Irish Catholic Identities” (2013, paperback 2015), and published numerous articles at scholarly and popular levels.

I have no routine per se. I have heard of scholars who aim to write 1,000 words per day. That’s admirable. If you are writing history you have to spend a lot of time gathering material before you can begin the process of writing. In a sense there are no ideal conditions. If you are involved in fulltime teaching it can be difficult to get time to write. If you have a particular project in mind you simply gave to knuckle down and get on with it.

Victor Hugo’s “Les Misérables” is just splendid. When I first read James Joyce’s “Portrait of the Artist as a Young Man” it made a big impression on me. The sermon on hell made me laugh and laugh. Of more recent vintage I thought Anne Enright’s “The Green Road”was a magnificent yarn.

Apart from books in connection with teaching: Volume II of Charles Moore’s biography of Margaret Thatcher, the late Keith Jeffery’s recently published “1916: A Global History” and a collection of essays on the history of the Jesuit Order.

Have I have had the talent and imagination “Gone with the Wind.”

I was delighted with Harper Lee’s “Go Set A Watchman.” I realize that not all critics liked it but I thought it surprisingly good.

I would like to have spent time with Thomas Merton. I read the abridged version of his "Seven Story Mountain" edited in England by Evelyn Waugh under the title “Elected Silence” when I was 14 and was greatly influenced by it.

Unusually perhaps but in connection with the last question and at the same age: “The Rule of St. Benedict.” 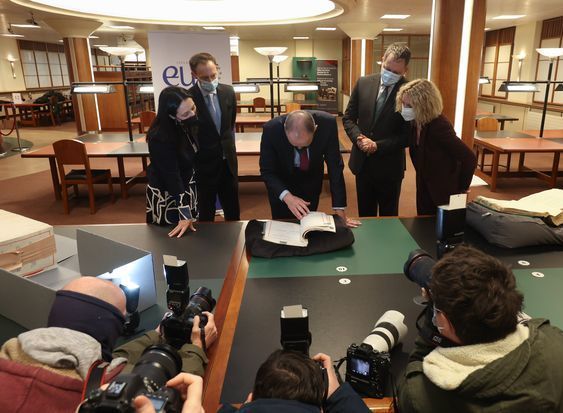 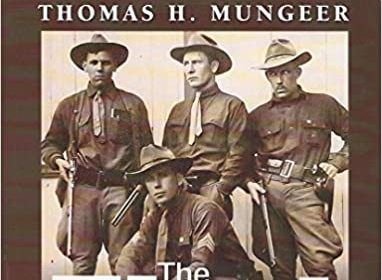 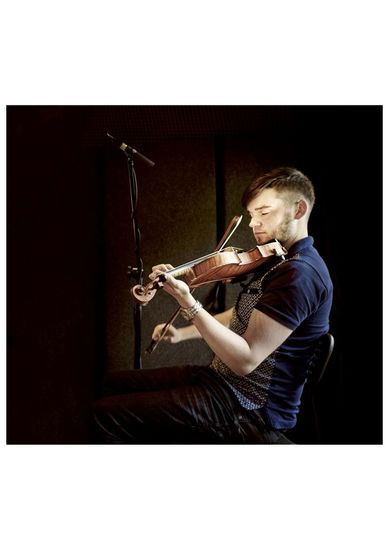 Pic of Day: Taoiseach Micheál Martin inspects the Treaty of Accession under which Ireland si9gned up for the then European Economic Community. The ...

Folks interested in Irish music history should have the Ward Irish Music Archives more fully on their radar. Founded in Milwaukee, Wis., in 1992, “...