Martin O'Grady, left, and Erin Loughran, on right, with student on McLean Avenue.[/caption]

The Woodlawn Arts and Music House is located on 236th Street in the Bronx. On first blush it’s little more than a typical and typically unassuming NYC house on a quiet, car-lined side street near a corner deli. However, a step through the door reveals a welcome space filled with music, art, and energy. It’s one of the great places for Irish music and community arts education in New York City.

The story begins with Martin O’Grady. Born on a small farm near Ballaghadereen, Co. Roscommon, O’Grady came to the U.S. in 1959. A plumbing contractor by trade (www.martinogradyplumbing.com), he’s a man with a rare passion for arts education. In 2004, he purchased the house with the intention of it being an investment property. But right away he began to wonder what if it became a place for music, art, and dance? Could he find teachers? Was there a need for this sort of resource?

The answer was overwhelmingly yes. O’Grady acted on his vision and grew his idea. Now, 12 years on and hundreds upon hundreds of students later, the Woodlawn Arts and Music House is a well-established and incredibly valuable grassroots resource that reaches over 300 kids every week.

The program operates daily from 8 a.m. to 11 p.m. Because O’Grady pays for the space in full and makes it freely available, the teachers have no overhead and can afford to charge a wonderfully reasonable fee for the work they do. Students also have access to the space, especially for practice which is an important benefit for apartment-dwellers. Support for the school by prominent New York City musicians – many of whom teach there – means that students are exposed to a professional standard and can develop a sense of the work required to achieve it.

Indeed, the House is home to a variety of different schools with top musicians, including the Woodlawn School of Irish Music (Michelle Bergin, Deirdre Connolly and Mary Coogan), the Acosta School of Irish Music (Annmarie Acosta-Williams and Niall Mulligan; www.facebook.com/AcostaSchool), and the Erin Loughran School of Irish Music & Arts (www.loughranschool.com). Caitlin Kelly, of the Inishfree School of Irish Dance (www.inishfreeny.com), teaches step dancing there. There are also a number of top musicians who teach there independent of any school, including Kathleen Collins (fiddle and set dancing); John Redmond (button accordion); Tara Hooker (harp), Isaac Alderson (flute), and Brendan Fahy (drums).

Visual arts are looked after by the Edmund Sullivan Art Academy. Named after the founder who passed in 2013, the school’s legacy is now carried by Gerry McGann, one of Sullivan’s students. Ann O’Grady (Martin’s wife) is a painter and has availed students of her expertise and experience as well.

These folks really do an exceptional job. Loughran, for example, is a brilliant player (she comes from a prominent musical family and got a degree – with honors! – from the University of Limerick) and I’ve seen for myself the special touch she has with her students, many of whom compete in the Fleadh and travel over for the All-Ireland. The others in her school, including Séagda Coyle (button accordion), Pamela Geraghty (singing), Emily McShane (keyboard), Cheryl Ann McCullagh (singer), Fiona Staunton (whistle/flute), and Brenda Dowling Kane (concertina & flute), are similarly talented and have the students to prove it. And while Loughran speaks glowingly about O’Grady – “a saint and a half,” she calls him – she and her crew have done well to realize his vision most admirably.

I spoke with Séagda Coyle about the school’s importance to the community’s kids. He grew up in the Yonkers/Woodlawn area and was unequivocal about its role in his own development. “It’s where I learned to play music,” he explained. “I learned first from Mary Rafferty and then with John Nolan. If it wasn’t for the house and the people there, I wouldn’t have had the start I did.” He’s been teaching there for nearly five years now and is considered one of the top young box players on the scene.

Last year, the Woodlawn Arts and Music House was finally granted 501(c)(3) status. It’s an important and welcome change that should ease O’Grady’s financial burden, as it makes donor contributions tax deductible. With any luck, the school’s viability and prestige will inspire leaders from the Irish-American business community to follow O’Grady’s lead and lend their financial support to this most worthy of Irish causes.

Martin O’Grady’s investment wasn’t just in a house, it was in the people of the Irish community and the returns have been remarkable. For twelve years the Woodlawn Arts and Music House has been an unbelievable resource and outstanding community effort and for this, the community owes O’Grady a tremendous debt of gratitude. But so far, the House’s mission to provide quality, community-based arts education has been met, and hopefully it will continue for years to come.

To learn more about the Woodlawn Arts and Music House and how to lend your support, visit www.facebook.com/WoodlawnArtsAndMusicHouse. 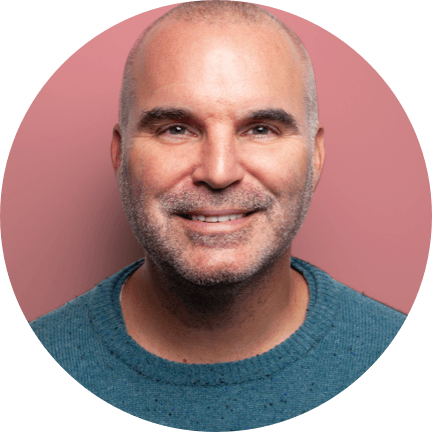