The ante’s been raised for John Duddy’s big fight with Julio Cesar Chavez, Jr., June 26 in San Antonio, Texas. The pay per view bout will now be a world title eliminator for the WBC middleweight crown previously held by Kelly Pavlik.

It’s also been elevated to a 12-rounder from the originally contracted ten.

Duddy’s manager Craig Hamilton confirmed the new development last Sunday before he and the Derry Destroyer flew out to San Antonio and Los Angeles to hype the fight.

“Either John or Chavez will be the mandatory to the WBC [World Boxing Council] title,” said Hamilton. “I’m now waiting for a new contract that states this.”

This pleasant twist for Duddy who’s ranked eighth by the WBC comes in the wake of Argentine Sergio Martinez’s upset victory over Pavlik, who at one time seemed destined to face the Irishman.

Martinez, who’s campaigned mostly at light middleweight, wrested both WBC and WBO belts from Pavlik in Atlantic City two weeks ago. The WBC, however, expects him to relinquish one of the titles paving way for the Duddy-Chavez winner to get a crack at the belt.

Duddy-Chavez will headline Top Rank Promotions’ “Latin Fury 15: La Furia de México” show from the 15,000-capacity Alamodome. The media hype for the card began in the host city on Monday with a press conference attended by the 29-1 [18 KOs] Duddy and Hamilton. They met the press in Los Angeles on Tuesday.

Ace trainer Freddie Roach, who has molded Filipino sensation Manny Pacquiao into the best fighter in the world, will drill Chavez for the Duddy match.

According to BoxingScene.com, Top Rank CEO and Chavez promoter Bob Arum confirmed that the Los Angeles-based Roach would train the undefeated Mexican [40-0-1, 30 KOs] for the biggest fight of his career. Arum called the Duddy fight a “make or break” moment for the career of the 24 year-old Chavez.

“Freddie will be training him. Chavez Jr. has been disappointing in his last couple of fights and this is a big fight, and he’s got to show that he just doesn’t have the name, that he also has the genes,” Arum told BoxingScene.com.

Roach is no stranger to Irish fight fans. He was Bernard Dunne’s first trainer when the now retired Neilstown boxer was based in Los Angeles early in his career.

Big punching Mamadou Thiam [46-8, 43 KOs], a former European champion and two time world title challenger, will be Andy Lee’s opponent May 15 in the middleweight’s fourth hometown appearance at the University Sports Arena in Limerick. Lee is 20-1 with 14 KOs. 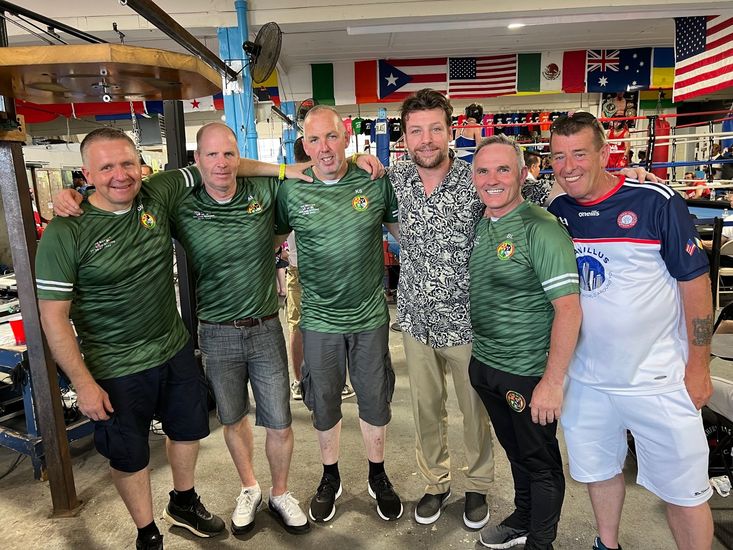