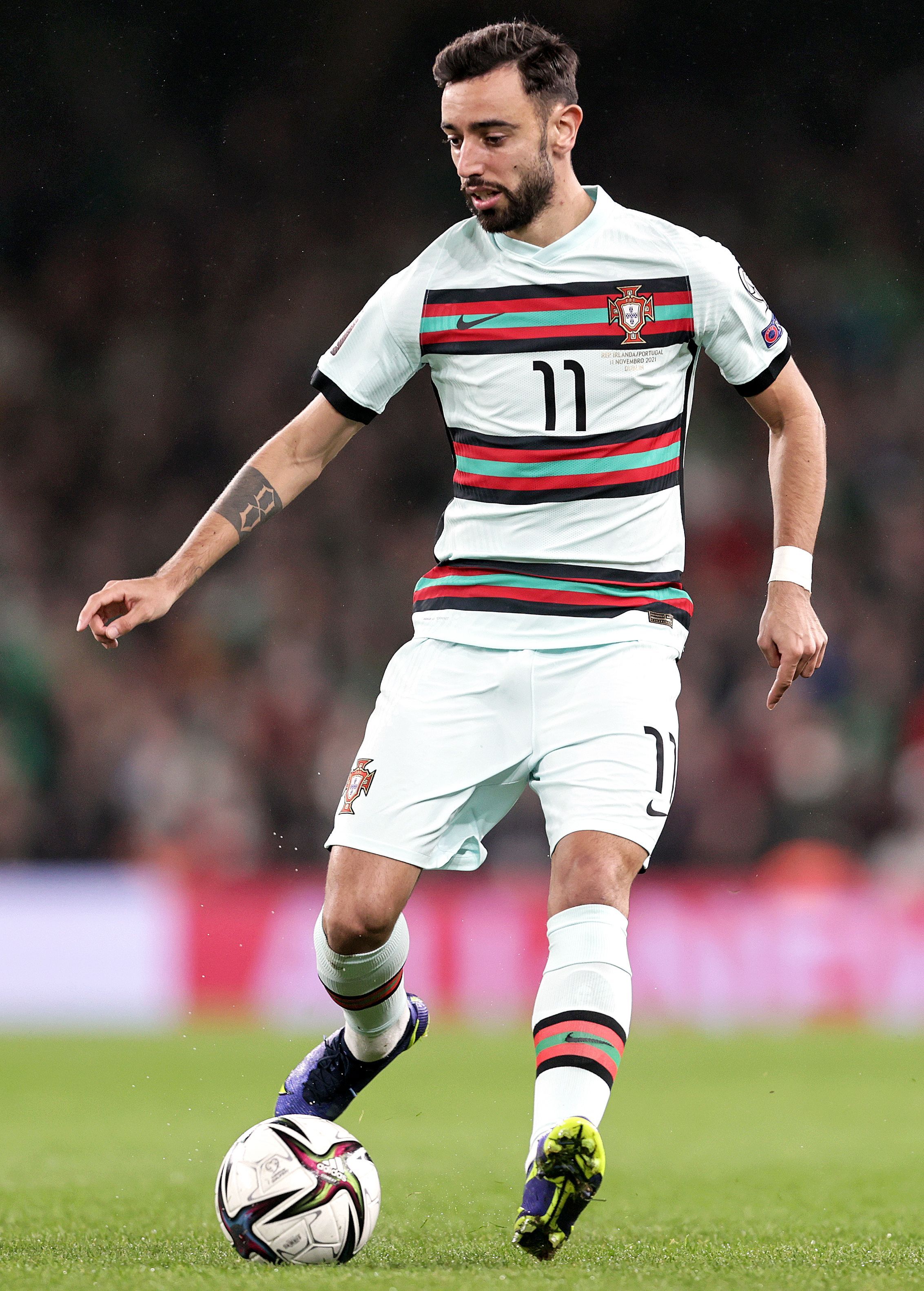 Manchester United manger Erik ten Hag admits that his team had been taken to school by Manchester City when they were beaten 6-3 at the Etihad last October, but he delivered on his insistence that lessons had been learned as United won the 189th Manchester Derby 2-1 at Old Trafford on Saturday. Arsenal, Liverpool and Tottenham have all been beaten at Old Trafford by United this season but victory over their “noisy neighbors” and the manner in which it was achieved, is by far the most powerful statement so far of Ten Hag’s time in charge. City will claim the game turned on a controversial decision that ruled Marcus Rashford was not interfering with play when Bruno Fernandes equalized with 12 minutes left. In the ensuing chaotic few minutes, Rashford swooped for a winner. That means that Rashford has now scored in nine consecutive home games, matching the feat of former Busby Babe Dennis Viollet, who did the same in 1959. United have now lost only one of 19 games since that 6-3 humiliation at Etihad back in October, giving weight to Ten Hag’s belief a harrowing experience would be used as a force for good. The celebrations at the final whistle carried the conviction that this club, which lost its way so badly under previous managers, may just be finding itself again under Ten Hag.

Prior to Saturday’s game all the talk was of a possible City win which would close the gap on leaders Arsenal to two points. But it didn’t turn out that way and instead The Gunners, who beat Spurs  2-0 in the 193rd North London Derby, are now six points clear at the top while United are now only one point behind City in third place. Matt Doherty started for Spurs on Sunday.

REDS ON THE ROPES

And what about Liverpool who slipped to 9th place after a 3-0 defeat to Brighton at the Amex where Irish striker Evan Ferguson started for the home side?  This is turning out to be Jurgen Klopp’s worst season in charge of Liverpool since he was appointed in October 2015. They have dropped 26 points in the league this season, four more than across the entire 2021-22 campaign. The visitors were outplayed from start to finish at the Amex Stadium, producing an alarmingly disjointed, toothless and lop-sided display that leaves them way off the pace in the EPL. Brentford’s 2-0 win at home to Bournemouth saw the Reds drop to ninth in the table, 19 points behind league leaders Arsenal. Klopp didn’t hide his disappointment after the game. He said ‘‘I cannot I can  remember a worse game. I honestly can’t. Brighton played very well. They deserved to win. It was a very organized team against a not very organized team. Of course we are very concerned. How can you not be after a game like this?’’

Irish goalkeeper Mark Travers lost his place in the Bournemouth team for their trip to Brentford. The Kildare native who has started all but eight of his club’s18 previous league fixtures this season, was replaced by Brazilian keeper Neto, who was returning from injury. The Everton board members were advised to stay away from Goodison Park for their game against Southampton, which they lost 2-1. However, the Everton fans were clearly behind their players, welcoming them to the ground with an incredible scenes of blue flares and passionate chanting. Seamus Coleman started for the Toffees and Gavin Bazunu was in the goal for winners. Their goals came from ace free kick specialist James Ward-Prowse and the Saints, Everton and West Ham now occupy the three relegation spots, all on 15 points. Irish defender Nathan Collins started for Wolves who beat West Ham 1-0 to climb away from the drop zone for the first time in three months.

Joao Felix was sent off on his Chelsea debut as a 2-1 defeat at Fulham piled more pressure on under-fire Blues boss Graham Potter in midweek. The Portugal forward joined on loan until the end of the season from Atletico Madrid. He started in the 2-1 defeat to Fulham in midweek, but only lasted 58 minutes before he was dismissed for a dangerous high-footed challenge on Kenny Tete. Manager Potter, who was very impressive with Brighton before getting  the Chelsea job, now says it's is the toughest in England. Potter said: ‘‘I think this is probably the hardest job in football. Because of the leadership change and because of the expectations and, rightly, where people see Chelsea. But I didn't think we would lose ten first-team players.’’ However, The Blues beat Palace 1-0 at the weekend, which eases the pressure on Potter.

Newcastle United are through to the League Cup semi-final for the first time since 1976. They beat Leicester 2-0 in the quarter-finals in midweek and will now play Southampton in the semi-finals later this month. The Magpies have never won the League Cup. They came closest in 1976 when they lost 2-1 in the final to Manchester City. To rub a little more salt into those wounds, it was Newcastle-born Dennis Tueart who scored the winner. Irish goalkeeper Gavin Bazunu made some important saves to help the Saints beat Manchester City 2-0 at St Mary’s in their quarter-final.

In the Championship Burnley maintained their five-point lead over Sheffield United with a 1-0 home win over Coventry. West Brom are doing well under new manager Carlos Corberan and Irish international Jayson Molumby was among their scorers as they won 3-2 away to Luton to climb to 6th place. Another Irish international Will Keane got the equalizer for Wigan in the 90th minute to secure a 1-1 draw away to Cardiff. The Bluebirds had taken the lead through Irish international Callum O’Dowda after 82 minutes. New Norwich manager David Wagner got off to a winning start, beating Preston 4-0 away. Andrew Omobamidele started for the Canaries and Adam Idah was introduced in the second half. Mark Sykes, who made his Irish debut against Malta in November, scored twice for Bristol City in their 4-2 win over a Birmingham side that included recent signing Kevin Long from Burnley.

Wolves manager Julen Lopetegui has backed Republic of Ireland under 21 midfielder Joe Hodge to grow and improve following his penalty miss the League Cup quarter-final defeat to Nottingham Forest last week. Ruben Neves and Hodge missed their spot-kicks as Forest emerged 4-3 winners in a shootout. It was a bitter pill for 20-year-old Hodge to swallow, but his progress under Lopetegui has been excellent. Hodge is starting to show his full potential, with his manager confident this will be merely a slight setback. Lopetegi said: ‘‘I want to highlight his commitment and character. But this is done and the players that doesn’t score the penalties are never at fault, but he wanted to take a penalty and show his character and this is all. He is going to grow and improve from this, for sure.’’

Shamrock Rovers manager Stephen Bradley was named Personality of the Year at the Irish Soccer Writers banquet in the Burlington Hotel, Dublin on Saturday night. Bradley, who led to The Hoops to their third League title in-a-row, also won the award in 2022. That means he is the first person in the 62-year history of the awards to claim the honour in consecutive years. Bradley beat Derry City manager Ruaidhri Higgins and Rovers’ striker Rory Gaffney, who finished second and third respectively, in the vote. Long-serving Shelbourne captain Pearl Slattery became just the second woman to win the Women’s Personality of the Year award after playing a key role in Shelbourne’s double winning campaign in 2022. She follows in the footsteps of the inaugural winner, Wexford Youths’ Kylie Murphy.

Manchester City footballer Benjamin Mendy has been cleared of sex attacks on four women following a six-month trial, as prosecutors sought a retrial over two other allegations. The unanimous verdicts were delivered on Wednesday but the verdicts could not be reported until jurors concluded considering the remaining two counts, after they were given a majority direction by Judge Steven Everett, meaning he would accept a 10-1 majority on any verdict. But after 14 days of deliberation, jurors could not reach verdicts on Mendy’s alleged attempted rape of a woman in 2018 and the rape of another woman in October 2020. Judge Everett discharged the jury on Friday last, ending the trial of the 28 year-old French-born defender. Louis Saha Matturiem Mendy’s, his co-accused and alleged “fixer”, was found not guilty by the jury of three counts of rape relating to two teenagers. The jury failed to reach verdicts on one count of rape and one of attempted rape and a retrial will take place later this year.