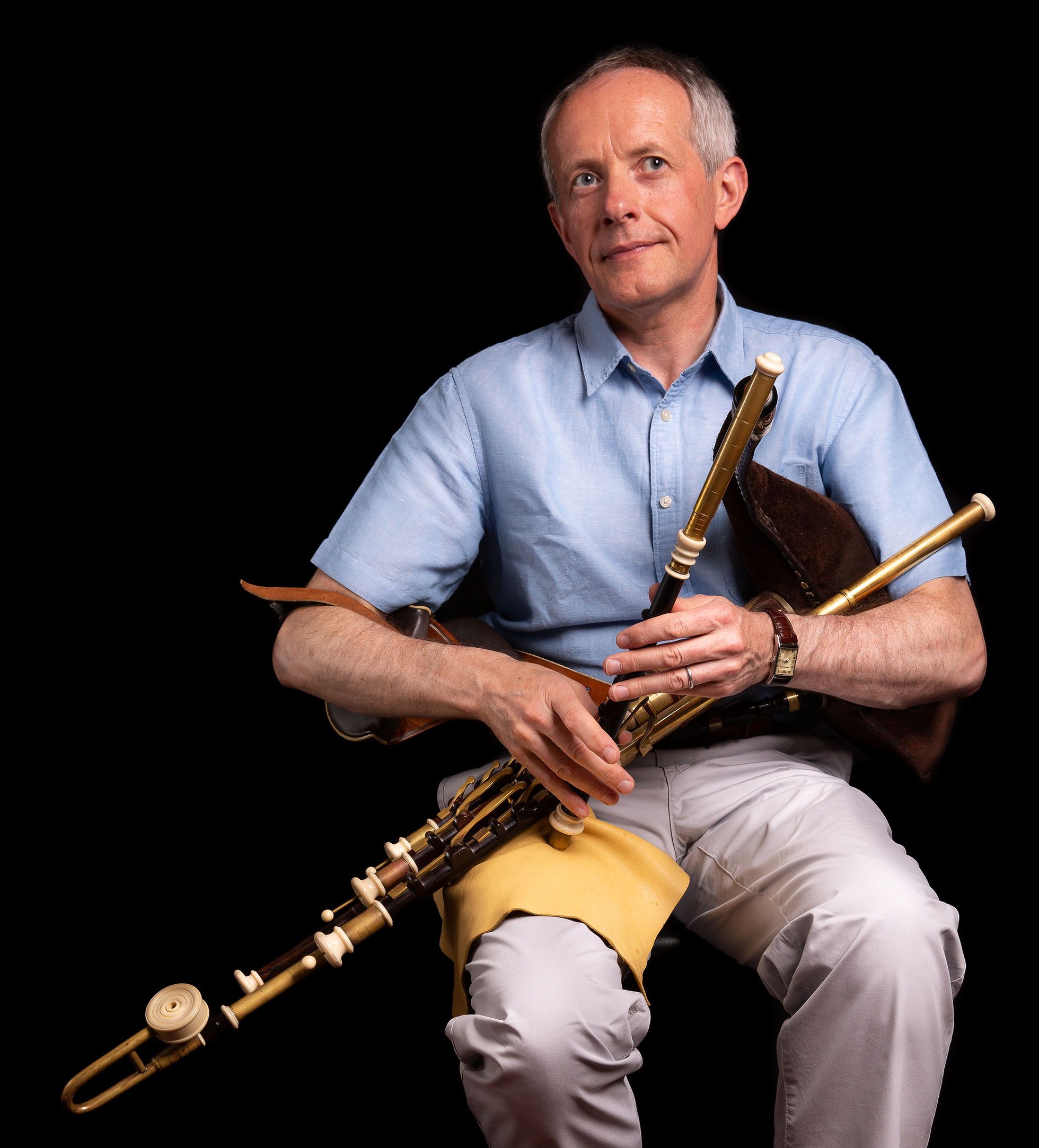 Happy New Year everyone!  I hope your end-of-year was full of warmth and good cheer, and best of luck as we move on to 2023!

We have some excitement straight out of the box for the new year: over the holidays Tommy McCarthy, proprietor of the great pub the Burren up in Somerville, Mass., announced the dates for his annual "Tunes on Grand Turk” Irish music holiday event.  This year, it’ll take place May 25 through June 1 and featured artists will include Sharon Shannon, Kevin Burke, Donal Lunny, John Whelan, Sean Smyth, Seamus Egan, Louise Costello, and many, many more.  The full lineup is quite something and if social media posts from previous years are any indication, the craic is waaay above the legal limit.  The Burren’s website is www.burren.com and for information about getting to and staying in Grand Turk, visit tinyurl.com/TunesOnGrandTurk.

In other news, the last few days I’ve been listening to “Portrait of a Piper,” the new album from great uilleann piper Brian McNamara, and it’s something you’re going to want to check out if you love traditional music.  Hailing from Leitrim but now based in County Meath, McNamara is one of the finest pipers of today.  With two previous solo recordings, “A Piper’s Dream” (2000) and “Fort of the Jewels” (2004), the gorgeous duet album “Reed Only” with concertina master Tim Collins (2007), several All-Ireland titles, and Comhaltas’s Bardic Award under his belt, his is an impressive resumé for sure.

“Portrait of a Piper” is an engaging and quite beautiful album of solo piping.  What I like about it is that McNamara is a first-class player and he really brings the listener into the ethos of the piping world in a most attractive way.  On the face of it, it’s a pretty straightforward album of instrumental music, but dig under the surface and you find yourself awash in 19th-century manuscripts, privileged oral transmission, and lived experience.  There is nothing forced or contrived here: McNamara is telling an elegant personal story that reverberates with and is really related to uilleann piping’s past.

“On this recording I play selections of music that I have acquired over my lifetime; some of it back in my younger days and more of it in recent times,” he writes in his liner notes.  “The search for captivating tone and instrument sound is a constant pursuit.  I particularly enjoy playing airs and descriptive pieces that I feel can be deeply expressive on the full set of uilleann pipes.  This recording features a number of such pieces.”

And expressive these pieces certainly are.  McNamara does, of course, include well-chosen jigs and reels here, but I find the pieces and airs are the album’s heart and soul, not simply because they’re beautifully rendered but because they’re the basis for the album’s complexity.

Let’s start with the descriptive pieces, which are long bits of music that evoke a story or event, sometimes even incorporating sounds that imitate real life.  (One might even argue that they even have some historic relationship to classical music in how they’re modeled.)  They’re tunes not commonly heard outside of piping circles, but they’re engrossing, complex, and shed a bit of light on the uilleann piping tradition.

How so, you ask?  Breandán Breathnach explored the subject in his book “Folk Music and Dances of Ireland” (1971) by looking back into history to show “purely instrumental music is represented by a mere handful of tunes called ‘pieces,’ all of which are derived from double or single jigs.  These pieces were devised simply by filling in intervals in the original tunes with elaborate runs and embellishments. They were played rather deliberately, somewhat at waltz tempo, for which dance, in fact, they could easily be adapted.  “Settings of these pieces are quite commonly met with in the Munster manuscripts of a century or more ago.  They are usually associated with the parent tune, the one described as ‘the jigg way,’ the other as ‘the piece way.’  Pipers played some long descriptive pieces, the most well known being ‘Máirseáil Alasdrum’ which commemorated the battle fought at Cnoc na nDos in 1647, and ‘The Battle of Aughrim,’ commemorating the defeat of the Jacobite forces in 1691.”

McNamara includes four descriptive pieces here, including “The Fox Chase,” “Cath Chnoc na nOs” (sometimes known as “Máirseáil Alasdrum”), “The Wild Geese,” and “Síle Ní Ghadhra” (which is played both in air and piece settings).  Each is fascinating musically with an interesting musical story.  For example, “The Fox Chase” is a fascinating multi-part tune that McNamara learned from the immortal Liam O’Flynn, who in turn learned it from another legend, the great Seamus Ennis.  His approach to it is relaxed but restrained, and just gorgeous overall.  “The Wild Geese” is another standout.  Consisting of three parts, each one describes an aspect of the Irish army’s departure for France following the Treaty of Limerick in 1691.  McNamara’s handled it well; it’s just lovely stuff.

The airs are brilliant as well.  “Caoineadh Uí Néill” and “An Paistín Fionn” (which is done in both air and jig versions) are lovely.  But take the “Síle Ní Ghadhra,” as I said done in both air and piece settings, and you’ll find that the melodic differences between the two are not only striking but they reveal the full depth of McNamara’s sensitivity.  His approach to the air is just outstanding here.  (If you’re listening at home, the switch comes at 2’18”.)  It’s illustrative and makes for an extremely compelling bit of music.

McNamara’s take on the air “Port na bPúcaí” is similarly lovely.  His handling of the melody is wonderful and full of subtleties, but I think it’s his regulator work that makes this track really special.  All the harmony is in perfect service to the melody and his presentation unfolds in a way that builds to a satisfying conclusion.  Really, you can’t ask for anything more.

“Portrait of a Piper” is a superb album of solo piping.  McNamara’s music is exquisite.  He possesses a great sense of melody and harmony, and plays with a keen sense of dynamic and nuance.  The tunes here are well chosen and he found some magic in his interpretations that should stir the hearts of anyone who loves uilleann piping or traditional Irish music in general.  Definitely one to check out!  “Portrait of a Piper” can be obtained through McNamara’s website, www.piperbrian.com.