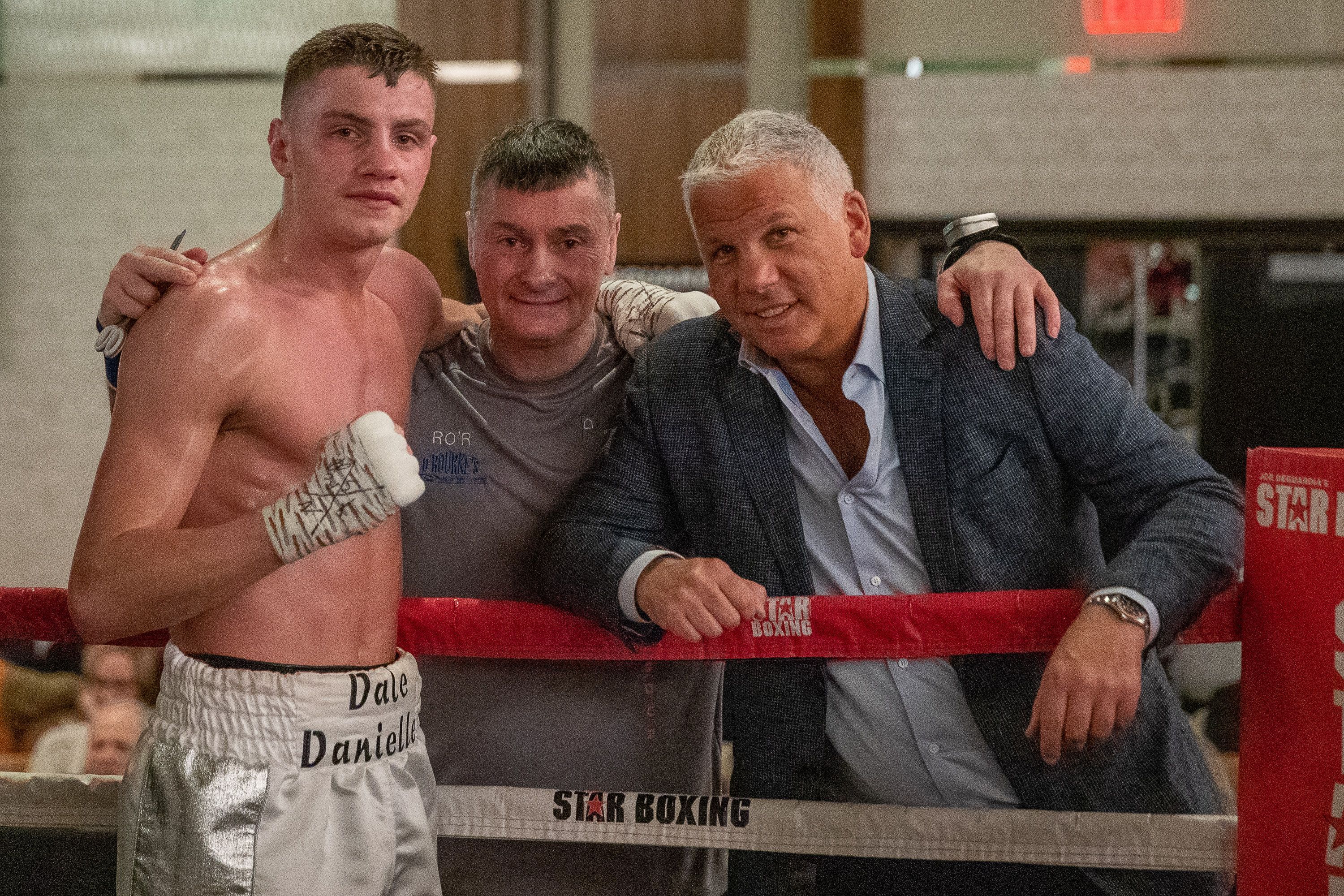 At nearly 6-feet, Ryan O’Rourke, one of the tallest 140-pounders in prizefighting, returns States-side in the run-up to St. Patrick’s Day for a scheduled eight-rounder at White Eagle Hall in Jersey City, New Jersey on March 4. His opponent in the super lightweight contest has yet to be announced.

O’Rourke’s last fight was a first round TKO of the German Andreas Maier at Mulcahy’s Pub and Concert Hall in Wantagh, Long Island, last November. Two overhand rights and a quick barrage did the business for the man dubbed "The Silent Assassin," the week before Thanksgiving.

Trained by his father Steven, a former pugilist, O’Rourke is promoted by Joe DeGuardia’s Star Boxing -- the longest running and most consistent boxing promotional company in New York.

Said DeGuardia, Star Boxing CEO: “We are excited to bring professional boxing to White Eagle Hall in Jersey City for the first time. We plan on having not just quality boxing, but an experience. It is an intimate and unique setting, and we are thrilled to be working with Harris Blitzer Sports and Entertainment (HBSE) and expect our joint venture will bring an experience to Jersey City that fans will find unforgettable.”

Also on the card is O’Rourke’s new Star Boxing stablemate Rajon “Picasso” Chance, an undefeated [7-0-1 5 KO’s] super bantamweight prospect. Chance, who will be making his Star Boxing debut in his native New Jersey, was a standout amateur with a record of 135-15 winning three national championships, the first at the age of 11.

The two-level White Eagle Hall includes four ticketed price points. Each floor features bar and food amenities. On the second level over looking the ring from above “Up Town” general admission tickets are $50 and “Seated Up Town” tickets are $150. On the ringside level, “Chill Town” floor tickets are $100 each, and provide a cocktail party atmosphere at ringside. The extremely limited “Elite Town” tickets are $200 and provide exclusive reserved seats on the stage at ring level.

Jersey City Fight Night is promoted by Joe DeGuardia’s Star Boxing. The full fight card will be announced soon. Tickets can be purchased by visiting whiteeaglehalljc.com or www.StarBoxing.com.