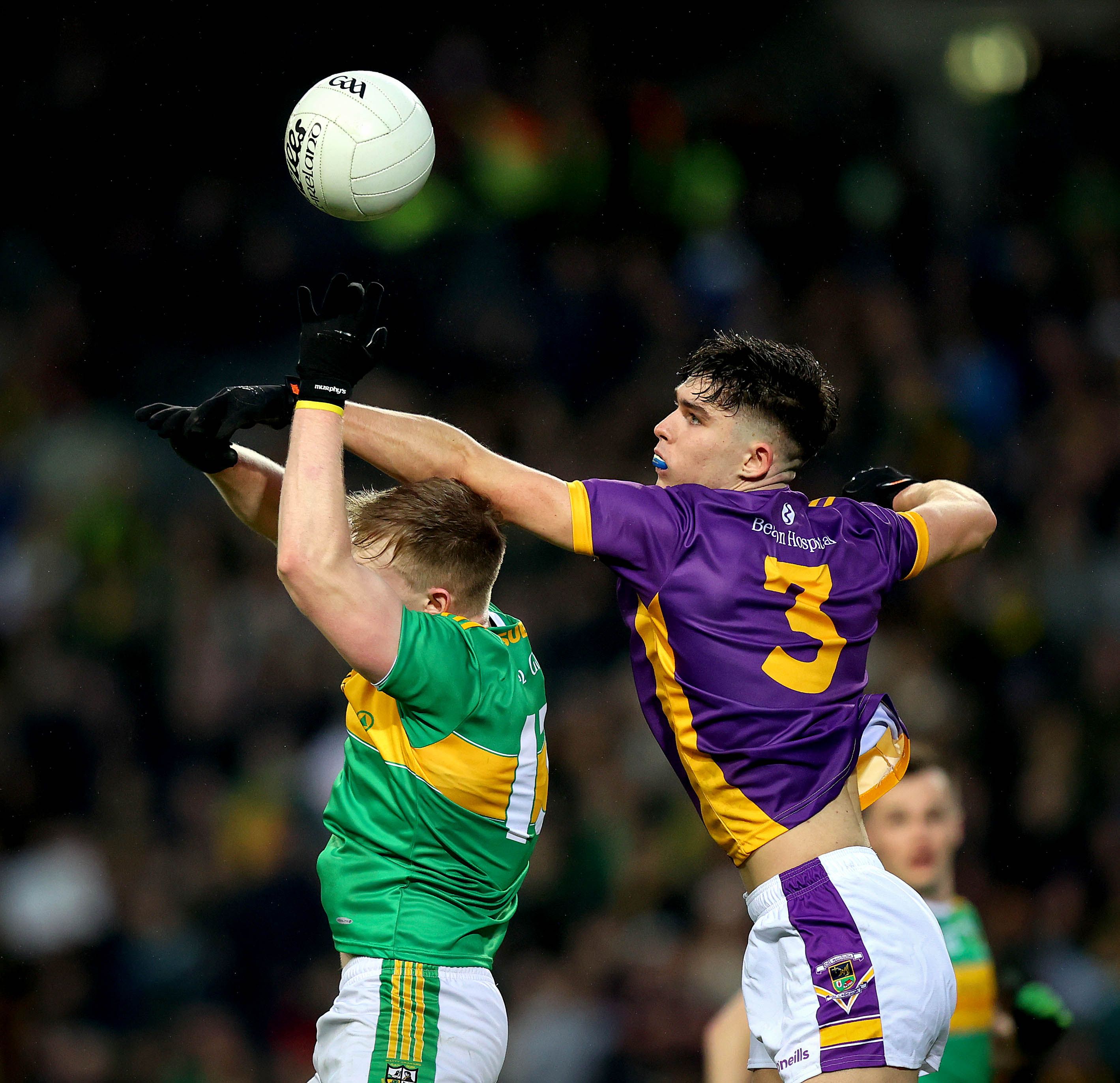 This is the sort of sporting encounter where you wonder if gods make us playthings for their own fun in sport.

After losing to a last minute goal against Down champions Kilcoo in last year’s final, the scoreline again this year set up a possible deja-vu ending.

Cian O’Connor long-range point and Shane Walsh’s free had given the Dublin champions a two-point lead with 180 seconds left on the clock. Would Glen be good enough to mount a last-gasp attack and go for a goal?

The answer was they were good enough to actually have two goal chances in the small period of time remaining and can count themselves unlucky that neither went in for what would have been a Kilcoo-type victory.

If Conor Ferris carried some culpability for misreading a clearance in last year’s late goal which saw defeat bite the hand of victory, then he was the hero in Croke Park on Sunday when he made a brilliant save to his right to divert Conor Glass’s deft flick which seemed destined to end up in the corner of the net.

By diverting the ball around the post at the expense of a 45, Ferris had the job half done as from the resultant short kick the ball was sent low towards goal by Conleth McGuckian and full back Ryan Dougan, up in an all-out assault for victory,diverted the attempt  goalwards but unfortunately for the huge Northern contingent present, not enough as it flashed wide of the same post.

From the kick-out, referee Derek O’Mahoney sounded the long whistle and the long months of redemption which Kilmacud wondered would ever arrive, descended in a crescendo of voices who finally got the chance to cherish victory and the Andy Merrigan Cup for the third time in their history.

The clarion sound of triumph was particularly welcomed by two men in the Crokes outfit -- Manager Robbie Brennan, who had been doubted since that late Jermone Johnson goal, and ‘keeper Ferris, who danced jigs of joy to make up for the pain of losing possession in last year’s dying seconds.

We should not forget the role Glen, a small village in Derry, played all this year but particularly in delivering us a final as good as any played in this competition down the years.

They started so well and took control in the first half only to see a late sprint from their south Dublin opponents give them a one point half-time lead 1-4 to 1-3.

Those who felt the Northern side had lost their chance were surprised to see the resilience within the team as they not only fought back to parity but actually went two point clear with 12 minutes left on the clock.

They were good enough to dream the dream but could they hold on in reality?

One thing that Kilmacud have learnt over the years is never to throw in the towel. The arrival of Shane Horan as a late sub worked wonders as his movement got the Crokes forward machine working again and with Paul Mannion, playing from the start, and Shane Walsh both needing extra vigilance, it meant that players like Shane Cunningham and Dar Mullin got enough room to kick vital scores when they were needed.

Mind you, while starting Mannion didn’t bring about the havoc purple and gold fans would have hoped for, his size and reputation alone meant the Glen defense was always uneasy. Similarly while Walsh didn’t score from play (and Mannion’s only point came from a free) you could say the Glen backs had a very successful day.

However once again it was the unheralded names in the Crokes outfit who stood up, with Mullins deservedly getting the man of the match accolade. Those who doubted the move of Walsh from Galway to Dublin club football will have to accept that it turned out well both for club and player and his 1-3 on the day meant he was the top scorer for his team.

Mannion clearly was rusty after his long lay-off due to injury but he also jarred his ankle in the last minutes of the game and time will tell if this retards his full recovery back into the Dublin set-up.

Still the way he celebrated after the game showed how much winning this game meant to him, perhaps he was also mindful that it looked anything but good when his side were trailing 1-3 to 0-1 after the quarter-hour mark.

You get the feeling sometimes that it can be  a day ordained by the gods for your opponents and when Danny Tallon shook the Crokes net within the first minute, the Derry followers must have believed their name was on the cup.

The Crokes rearguard was all over the place and that goal unsettled them, it being the first they had conceded since the county semi-final half a dozen games ago.

With Alex Doherty showing he could kick a score when given the chance, the winners were five down and looking for inspiration when skipper  Shane Cunningham won a penalty after he ran onto Dara Mullin’s pass before being hauled back  by Glen full-back Dougan.

Despite the cacophony of noise, Walsh expertly slotted home the spot kick … and Kilmacud were finally up and running.

Mullin, Cunningham and Dan O'Brien tackled on points and if Mannion was at his peak, they could have been four or five instead of only one to the good at the break.

They should have goaled two minutes on the restart but Aidan Jones effort was blocked for a 45 which Walsh struck over effortlessly with his left foot.

The village boys stood up after that and played with a pride that suggested it could carry them all the way to the title. Four points in a five minute spell left them two to the good with 19 minutes left on the clock with the excellent Tallon, Alex and Jack Doherty carving the inroads on the scoreboard.

With the score at 1-7 to 1-5, the Dublin and Leinster champions had questions to answer and not for the first time in this match. Could they raise their game or would they submit to the Derry charge?

It didn’t happen immediately but slowly the change began to occur despite the fact that Glen were 1-9 to 1-7 ahead with 10 minutes to go.

The introduction of former Offaly player Horan helped but in truth they stood up as a team and once they gained parity, O’Connor’s point was worthy of being a winning score. Walsh’s free meant it was a two-point game and that brought back memories of last year. This time, however, they held their nerve and with a rub of the green, held on to win in a gripping encounter.

When it emerged that Kilmacud had 16 men on the field when defending the late 45, there was a suggestion that Glen might object and seek a replay. Such a move was shot down by manager Malachy O’Rourke who said they would taking their beating on the day.

"Yeah, obviously we can do nothing about that but it obviously does make a difference.The more men they have in there, the harder it is for us to get a score out of it. I think we did ask the fourth official to get the free retaken but it didn’t happen."