Home An urban poet on a rural island 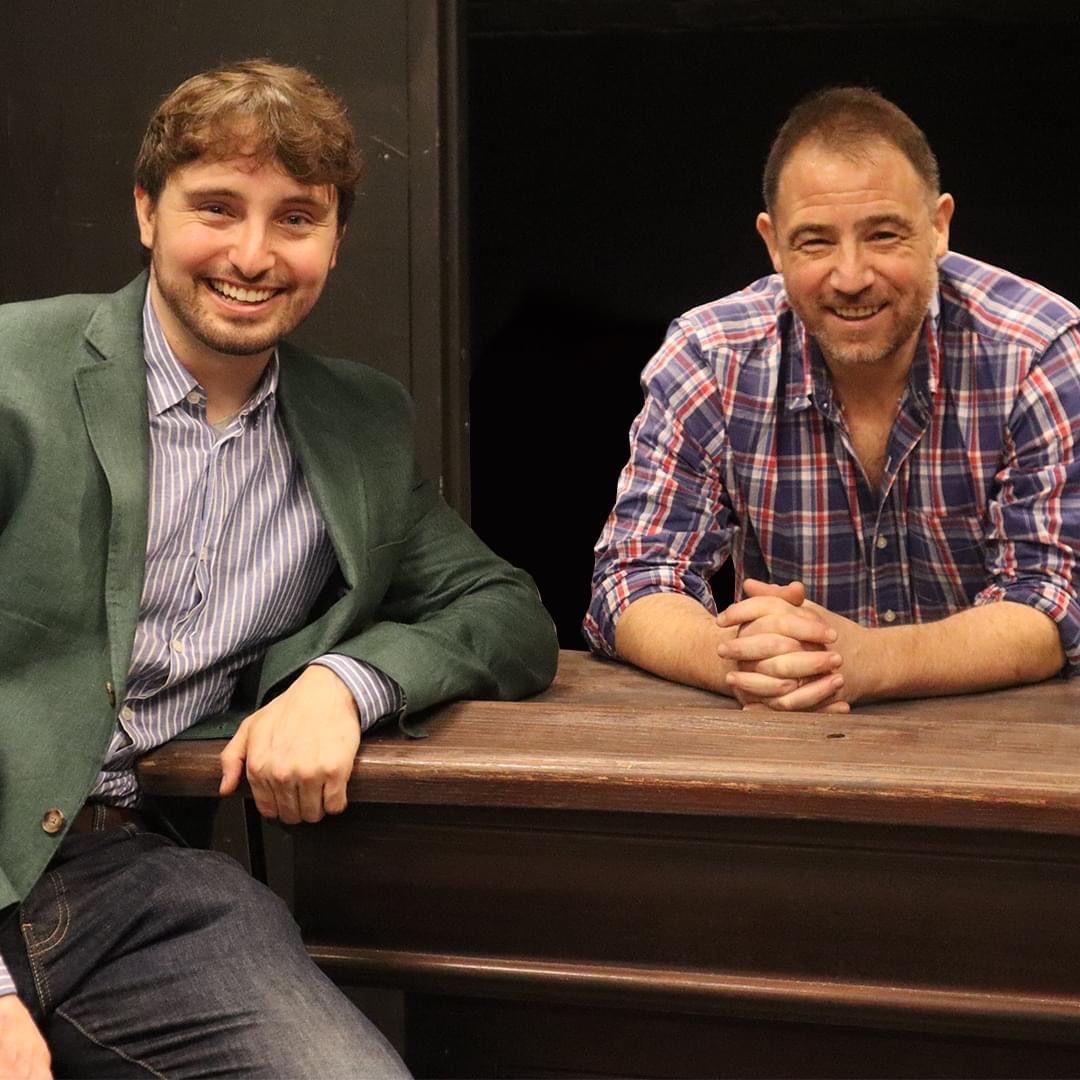 An urban poet on a rural island

“The Smuggler,” which comes from the pen of a playwright from Galway and is performed by a Cork-born actor in the vernacular of Dublin, “is very much an American play.”

That’s the view of Conor Bagley, director of the production starring Michael Mellamphy at the Irish Repertory Theatre that opened this week as part of this year’s 1st Irish Festival.

“It’s a really fun piece that has a lot to say about our times and where we’re at in the United States,” said the Washington D.C.-raised Bagley. The production that’s tag-lined “A Thriller in Rhyme” has a particular focus on the largely unacknowledged labor of the millions living in the shadows of national life.

It’s set on an island off rural Massachusetts, a region with which the playwright Ronán Noone is very familiar.

“Coincidentally, I’ve spent many, many summers on Nantucket, so I know that island,” Bagley said, “I know the setting.”

The director, who has dual Irish and American citizenship, began his professional career at the Abbey Theatre in Dublin following graduation from Yale.

A move to New York brought him work as a producer and director on Broadway and off-Broadway; he values as part of that his close relationship with the Irish Rep. “Charlotte [Moore] and Ciarán [O’Reilly] are great people who believe in my career,” he said of the company’s artistic director and producing director. “I’ve been lucky to work at the Rep a lot.”

Bagley has been meeting with Noone each week since October in preparation for “The Smuggler,” which is in the format of rhymed verse.

“Ronán can talk about his play in an intellectual way. We can get on the same page quickly for that reason. Some playwrights are a little more kind of gut. They have this incredible talent with their gut, but they don’t necessarily know how to talk about their play,” he said. “Ronán has both.

“We’ve made some changes to the play certainly since I saw it [twice] four years ago,” he said, referring to two separate productions, one at the 2019 1st Irish (which won Noone the playwright of the festival award) and the other staged by Solas Nua in Washington D.C.

“Ronán  really wrote [central character] Tim Finnegan as a Dublin City urban poet, who is able to string together words in a very particular fashion that evokes, I think, the streets of Dublin.

“It’s both challenging and wildly fun,” he added. “Because there’s a lot that can be mined from the rhymes. There’s a lot that we realized we can achieve through that sort of special access to an audience member’s ear that we have.”

“The cast – they are the reasons we do it,” he continued. “The actors are the ones who are communicating everything and channeling their energy and their vision, mixing it with the director’s and the playwright’s, and they bring all of that to the audience directly.”

Meanwhile, the designers are “in charge of bringing ideas to the table” about realizing the visual and auditory world of the play.

In this instance they are particularly important, Bagley argued, when put in the context of the two 2019 productions – what Mellamphy has called his “stripped-down, bare-bones” version at the Cell in 2019, and Solas Nua’s, which was in an actual bar of the Eaton DC Hotel, with artistic director Rex Daugherty in the role of Tim Finnegan in the one-man play.

Bagley’s personal connection to Nantucket coupled with another “complete coincidence,” the fact that the play has "two vividly portrayed Brazilian immigrants," has led him to believe that it is somehow made for him. On Monday, Jan. 9, the day Mellamphy spoke at the Consulate General of Ireland launch of the festival in New York, in his capacity as Origin Theatre Company’s artistic director, Elizabeth Bagley, the director’s mother, was sworn in by Vice President Kamala Harris as the U.S. ambassador to Brazil.

Bagley’s previous government service includes her stint as U.S. ambassador to Portugal from 1994 to 1997.

“It’s a definitely a nice thing to have a close connection to someone who knows something about Brazilian-American relations,” the director said.

For Bagley, “The Smuggler” is rather more generally an examination of an “underbelly” of American life.

“The play looks at the immigration system in the United States and the immigrants that serve the communities that we are all in,” he said. “It’s one of the things we don’t talk about a lot, but we benefit a tremendous amount from undocumented labor and as well as legal immigrants, and this play gets to the heart of that in very personal ways in which that has an effect on us.”

Bagley feels sometimes working with a playwright and an actor who are both Irish born that he himself is an "Irish artist born in America"; the result, though, is a play that is American in its essence.

“It’s got a striving ethos to it, a gritty American anthemic quality," the director said, "with a lot of the Irish playfulness and dark humor mixed in."