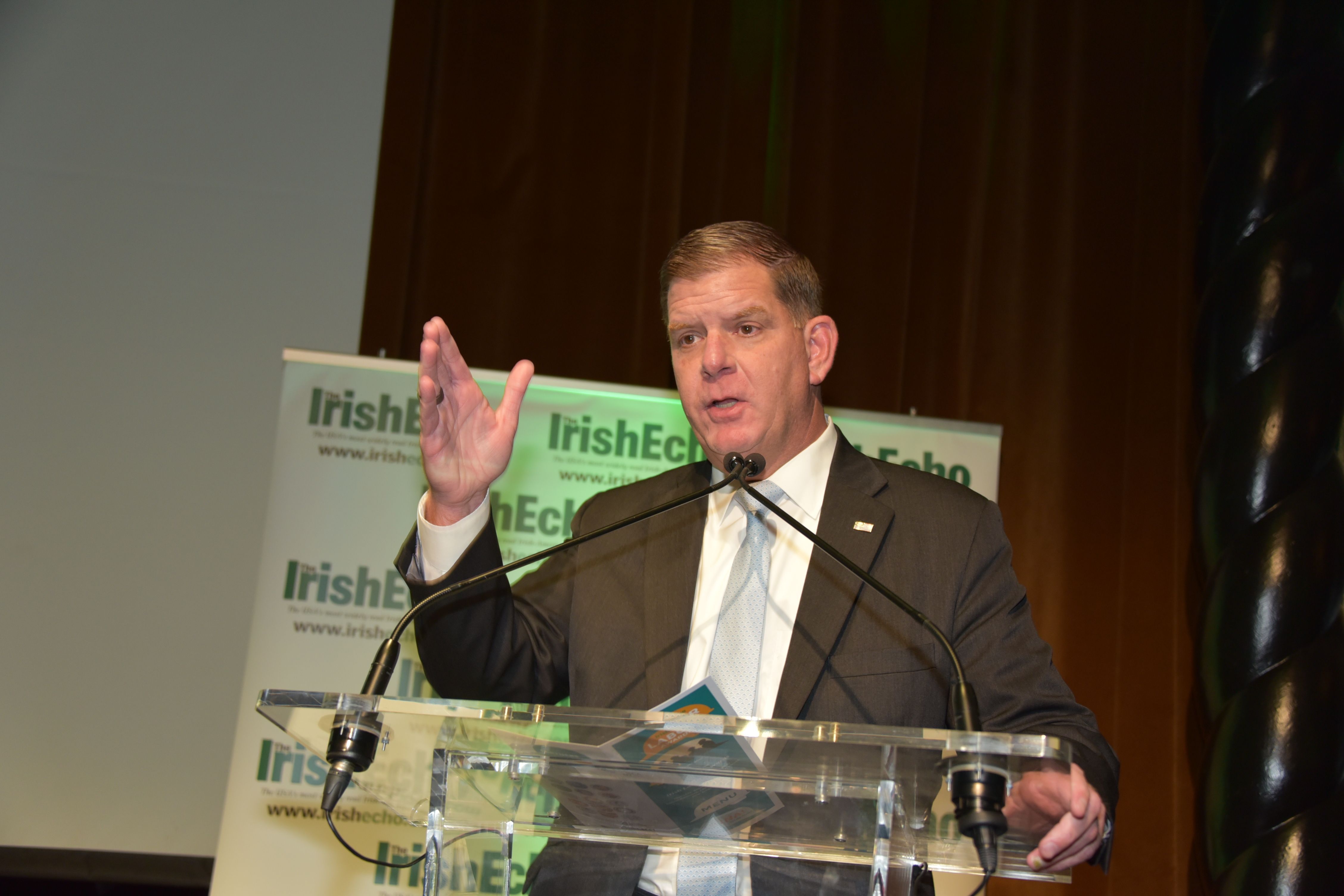 Something happened on the way to the airport.

As reported by CNN, over the course of 20 hours on Wednesday, U.S. Labor Secretary Marty Walsh huddled with union and freight rail company representatives in an effort to break the logjam.

Had the logjam not been broken the U.S. would have been facing a nationwide rail strike today, and that would have been a crippling blow to the economy, not to mention union-friendly President Joe Biden.

Tune in as I deliver remarks on the railway labor agreement. https://t.co/roFU8Ckpv5

He was due to address Seanad Éireann on Wednesday as part of his first official visit to Ireland on behalf of the Biden administration.

Walsh, the son of Irish immigrants, had accepted an invitation from Seanad Cathaoirleach, Senator Mark Daly, to address the Seanad as part of "Seanad100," a year-long series of events marking the Seanad’s centenary.

But when your president calls all other bets, and plans, are off.

US Secretary of Labour Marty Walsh @SecMartyWalsh , Irish speaking son of Galway parents, is coming to address Seanad Éireann next week and today with his advance team & US embassy staff we did a ‘walk through’ Leinster House for his visit @OireachtasNews #seanad100 pic.twitter.com/i6iAFXb5OH

So Secretary Walsh remained on the U.S. side of the Atlantic.

His 20 hours of engagement with rail unions and employers resulted in a tentative deal to avoid the looming strike. At one point, President Biden joined the talks by phone.

Added the CNN report: "Walsh had been at the center of the ongoing talks. A former union leader before his time as mayor of Boston, Walsh's role was described by one official as 'part mediator, part motivator, part guy who blocks the door if they try to leave without a deal.'

"A regular travel partner as Biden hits union locations in his domestic travel, Walsh ingratiated himself with the President's team at critical moments throughout the last year as officials grappled with other key supply chain problems.

"In late-night meetings and blunt conversations, Walsh has become an indispensable point person for Biden, one whom one official described as 'a guy who is going to roll up his sleeves and do the work. Period.'

"The overarching message delivered, repeatedly, by Walsh and other top officials in recent weeks to freight-rail representatives had been clear cut: There's no exit ramp or alternative in the works. The severity of consequences of a strike or lockout cuts across economic, public safety and public health."

I’m here because a union made the American dream possible for me and my family.

It remains to be seen when, of if, Secretary Walsh will get the opportunity to travel to Ireland.

He did so in a sense last week when he spoke at the Irish Echo Labor Awards and presented the Labor Leader of the Year Award to Terry O'Sullivan, general president of the construction workers union, LiUNA.

LiUNA, as it happens, is Walsh's own union.