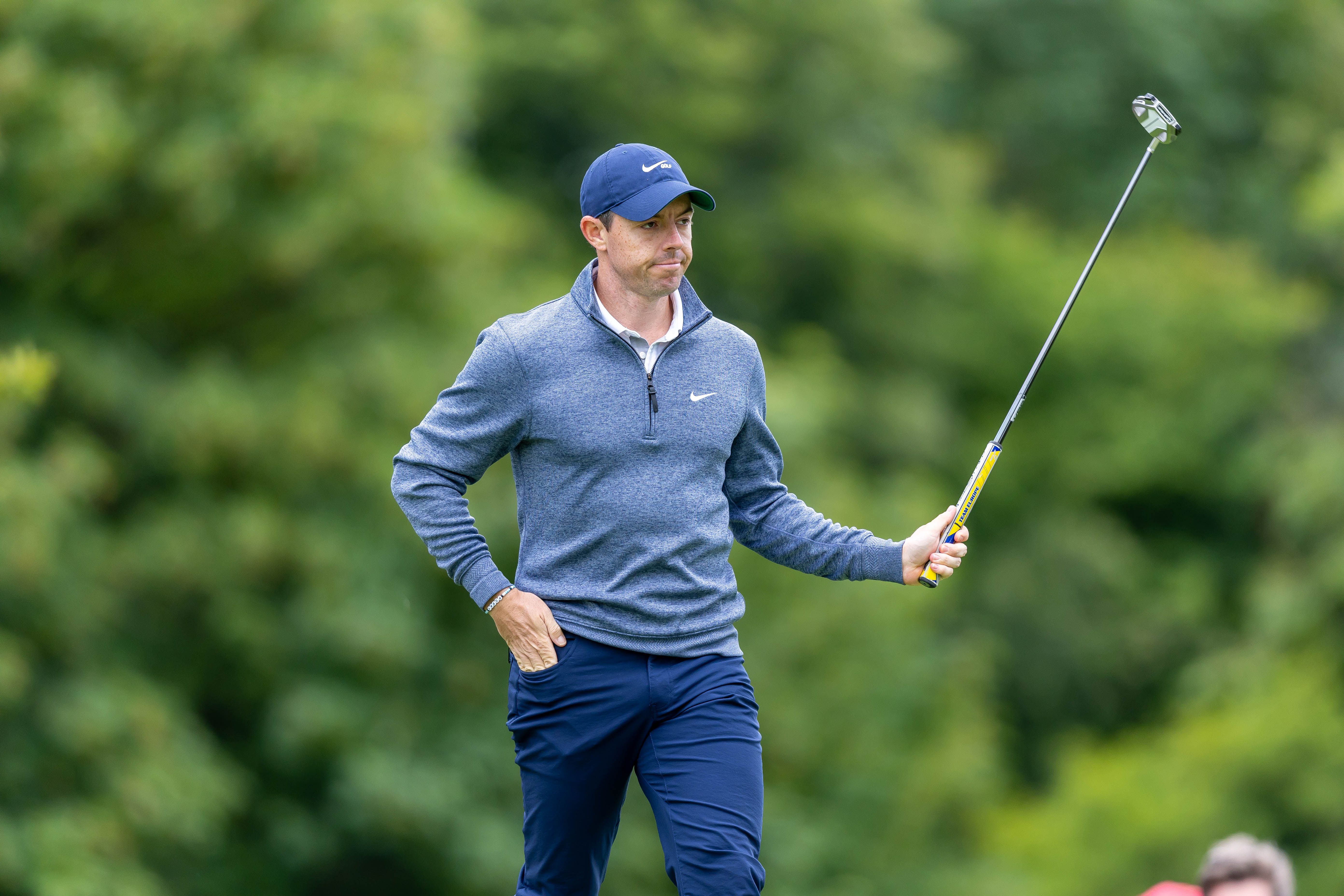 When Rory McIlroy drove his tee shot at the par-4 16th hole at Rome’s Marco Simone Golf Club into water on Sunday, he basically ended his chances of winning the Italian Open. Yet, winning this event, important as it might seem, was almost secondary to a more crucial task, namely, scoping out the site of next year’s Ryder Cup.

As the seemingly de facto head of any organization he deigns to grace with his presence, McIlroy will play an outsize role in the European team’s approach to wresting back the Cup that was lost last year. He’d never played this venue and, in fact, had never played a professional event in Italy.

“It was really important to be here,” McIlroy said. “I just wanted to get some prep. I wanted to come and have a look at the golf course and feel like I’ve got a little bit of a head start on everyone else in terms of The Ryder Cup.”

By “everyone else,” McIlroy means the American side, as several of his likely teammates next year took part in this event for much the same reason as he did.

McIlroy was always prominent here, although he admitted after Thursday’s round to feeling “like I was still half asleep playing that front nine.” He began his round at the 10th tee and made the turn a stroke over par. He turned his fortunes around in the way that very few can when he holed out from the fairway for an eagle-2 on the third hole. The ball landed less than two feet behind the cup and then trickled on in from the backspin.

“I think that eagle obviously ignited something and sort of kick started my round a little bit,” McIlroy said. “I played some really good golf on the way in.”

Indeed he did, with three more birdies over the next six holes. He played that nine-hole segment in 30 to finish with a round of 67.

From there, the event shaped up as a mano-a-mano tussle between McIlroy and Matthew Fitzpatrick. They alternated for the lead over the next two days with various bit players making cameo appearances at the top of the leaderboard. This year’s U.S. Open champion held a one-stroke advantage over McIlroy and Aaron Rai on Saturday evening and they comprised Sunday’s final group.

McIlroy dug himself a big hole at the first hole on Sunday with a double bogey but got those strokes back to make the turn even for the round. Fitzpatrick played the entire front nine without so much as a birdie or bogey.

The game was on with a Fitzpatrick birdie at the 11th hole. Both golfers trimmed three strokes off par leading into the 16th, where McIlroy settled for bogey at a hole that blessed him with birdie on each of the three preceding days.

As for Fitzpatrick, there was the matter of Robert MacIntyre to be dealt with. The Scot shot 64 on Sunday to come from three strokes behind to force a playoff with Fitzpatrick. A MacIntyre birdie at the first extra playoff hole was decisive.

McIlroy finished alone in fourth place, two strokes behind the playoff pair and a stroke in back of Victor Perez.

Niall Kearney’s 67 on Friday helped wash away the memory of the previous day’s 75 and enable him to clear the cut by two strokes. That was as far as that went, however, as weekend rounds of 74 consigned him to a share of 71st place, 20 strokes off the magical playoff number.

The Sanford International at Minnehaha in Sioux Falls, S.D. also featured a playoff. However, the playoff featured neither Padraig Harrington nor Darren Clarke. They joined three others in a tie at 11th place, five strokes behind Steve Stricker and Robert Karlsson (Stricker won the playoff).

Clarke, the defending champion, looked the one to beat as he shot a first-round 63, with birdies over five of the seven final holes. That aura of invincibility vanished on Saturday as he pulled 70 to fall several strokes behind. Any notion of a Sunday resurgence took a pounding as he bogeyed the first two holes. He shot 68.

Rounds of 66, 67 and 68 can’t really be faulted but Harrington needed to do better in an event that was yielding rounds several strokes lower.

Dermot McElroy finished second again, only he didn’t need to go seven playoff holes to be consigned to that status. He finished three strokes shy of Michael Stewart (one of last week’s playoff rivals) in the Scottish Masters at Leven Links in Fife.

Stewart’s second-round 62 made all the difference. McElroy countered with rounds of 67, 66 and 66 to finish three strokes shy. Second money locked up a 2023 Challenge Tour spot for McElroy.

Ronan Mullarney posted rounds of 68, 64 and 69 to finish tied for fourth place, five strokes off Stewart’s score. Another stroke behind was John-Ross Galbraith (69-64-69) in a share of eighth place.

Stuart Grehan, winner of last week’s event in Scotland, tied for 18th place at 204 (66-68-70). He still has a shot of finishing among the top five on the Order of Merit, although he’ll most likely need to manage another victory in order for that to happen.