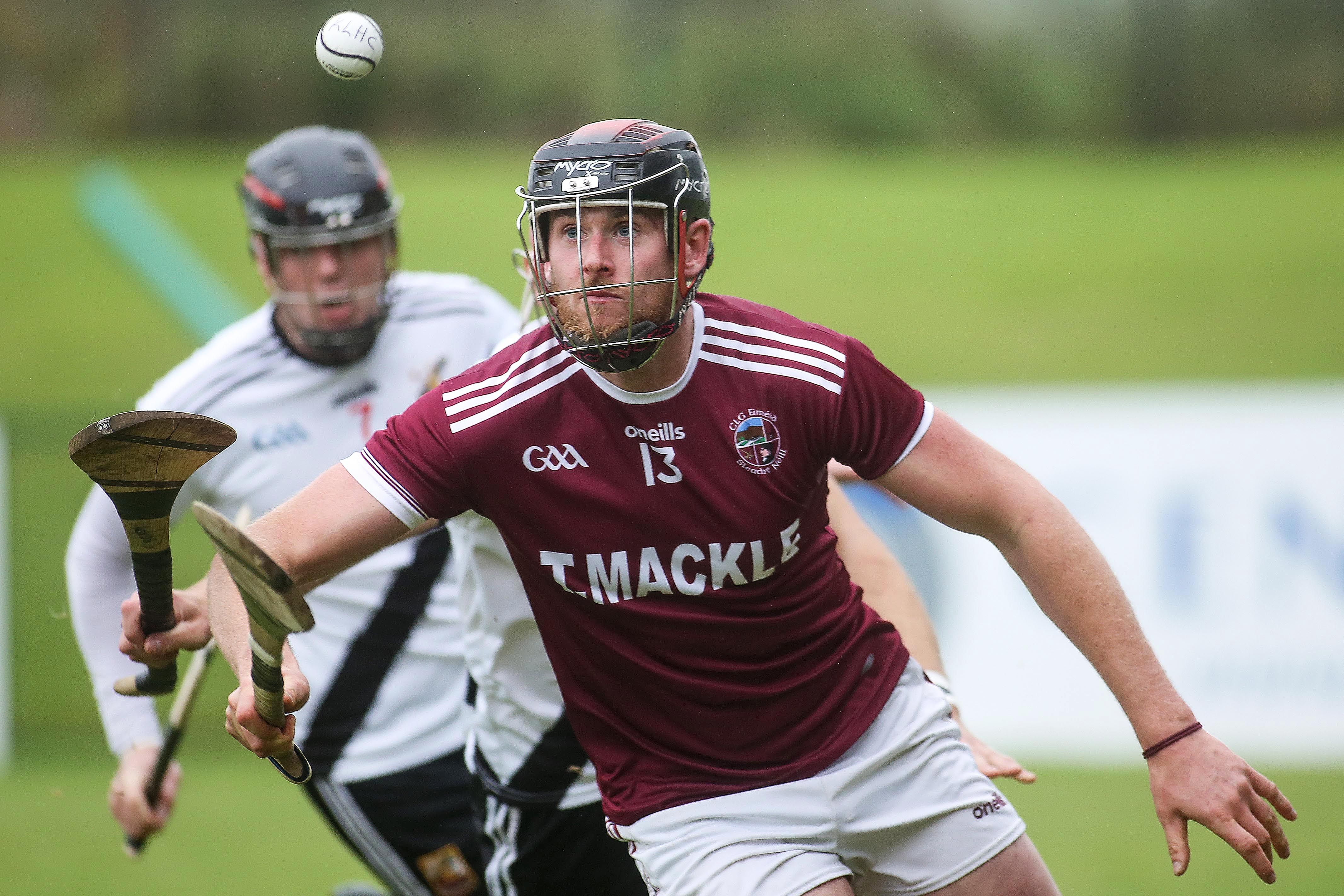 Anton Sullivan emerged as man of the match for his play-making and score-taking exploits but really this was McNamee Day as Rhode won their 13th championship title since ’98 against favorites Tullamore in O’Connor Park on Sunday.

Firstly, just when it seemed that the current champions Tullamore would weather the storm in the second-half by holding onto a slender lead, it was Ruari McNamee who struck for the only goal of the game 13 minutes from the end which proved decisive in the one-point victory.

Then when Rhode added a brace to go three points in front, it looked as if they would kick on. However to the holders’ credit, they fought back and two frees from Harry Plunkett and an inspirational point from Johnny Moloney had the teams on level terms again with extra time or even a replay beckoning.

That’s when the most famous McNamee, Niall, a cousin of Ruairi’s, stepped up and with nerves of steel, he took advantage of his mark to slot over the winner.

By doing so, when the final whistle sounded, it meant that his older brother Alan had become unique in Offaly football circles by claiming his 13th senior medal. Only former legendary hurling goalkeeper Damien Martin, also with 13 hurling titles, could compare to the 40-year-old Rhode man, who is still operating as a midfielder despite his age.

With an ageing team and the loss of county man Niall Darby to a cruciate ligament picked up playing for Offaly, very few gave ‘The Village’ a chance against their county town opponents.

Playing against the strong wind in the first half, Rhode deployed 13 men behind the ball forcing Tullamore to shoot from long range. Although leading by 0-5 to 0-3 at the break, by then the losers had shot nine wides – something that ultimately proved their undoing.

With the wind at their backs, Rhode became much more offensive and their clever balls into the full-forward line saw them win clean possession on virtually every occasion.

This allowed Sullivan to kick two fine points while Niall McNamee added two more scores to the three pointed frees he put over to keep his side in the game during the first 30 minutes.

Rhode have now completed their 31st Offaly title and have made no secret that they want to win a Leinster crown – having failed in five finals since the turn of the millennium.

Slaughtneil have written themselves into the history books by achieving a rare 10 Derry senior hurling titles in a row following this 13-point victory over Kevin Lynch's at Owenbeg last Sunday.

The challengers had the temerity to lead by a point at half-time, 0-6 to 0-5 by quick goals by Jerome Mcguigan and dual player Brendan Rogers, made the result a formality long before the blast of the final whistle.

Rogers, full-back on the Ulster-winning Derry team in the summer, came on as a sub and his presence transformed those around him in the Slaughtneil colors as they outscored their opponents by 2-13 to 1-2 in a very one-sided second moiety.

Derry conquered once more, the champions will now march into Ulster where they are pitted against the Down champions in the defence of their provincial title.

has GAA on back foot

Following the recent assault on a Roscommon referee which went viral after being captured on phone video, another case has emerged following a game in Wexford at the weekend.

Gardaí confirmed on Monday that they were currently investigating complaints over an alleged assault on a local referee.

The incident took place at the end of the Junior A football game involving home team St Joseph’s and Our Lady’s Island which was played early on Sunday at Whiterock Hill.

In this instance, it is believed that the referee wasn’t seriously injured in the fracas.

A statement from Wexford GAA stated: "We are disappointed that such an incident arose and strongly condemn any threatening or abusive behaviour towards our match officials of any kind.”

The Competitions Control Committee of the county board has ordered a full investigation into the incident and the board is to support the gardai in their investigation.

The succession to “Banty” proved to be a long drawn out affair with several big names linked from outside the county, but it is the Clontibret man who ultimately has got the nod following a disappointing season on the intercounty front which culminated in a loss to Mayo in early summer.

Corey’s acceptance of the job is on a three-year term with his brother Martin, together with Gabriel Bannigan and Dermot McArdle completing the backroom team.

Up to the weekend former Kerry All-Ireland medal winner Tadhg Kennelly was the only Irish player ever to win a Grand Final Football League Premiership title down under.

Now both Zac Tuohey from Laois and Mark O’Connor from Kerry join the Listowel native as winners of Australia’s most prestigious footie title holders.

Their Geelong Cats club totally outplayed the Sidney Swans to win by no less than 81 points (133-52) and so claimed their 10th title in this one-sided decider.

Portlaoise native Tuohy has now racked up no less that 250 appearance in his 11 seasons operating in the AFL, and has the record of the late, great  Jim Stynes in view. He is 14 behind the former Dub in the all-time record for an Irish player.

Dingle native, Mark O’Connor was also part of the winners’  match day squad of 22 and the Kerryman also had the honour of seeing game time during the final as a substitute.

The inexperienced Swans outfit who incidentally Kennelly played for when he won his title in 2005, were second best from first whistle to last as the mor experienced Geelong outfit powered past them in virtually every play.