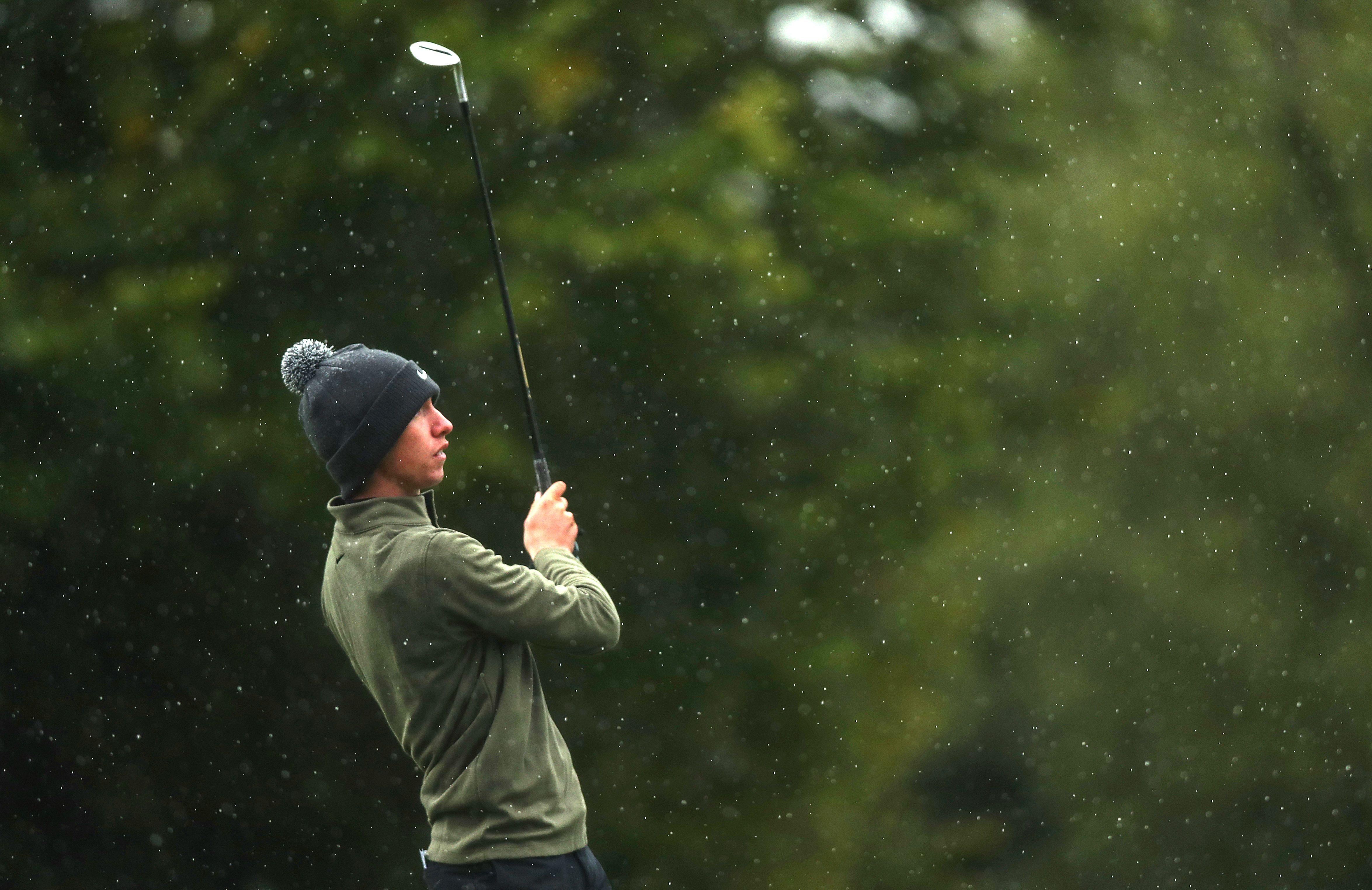 Tom McKibbin at the Irish Open in 2020. INPHO/TOMMY DICKSON

He still has work to do, but Tom McKibbin took a meaningful step toward securing a DP World Tour card for 2023 by finishing joint-fourth in the B-NL Challenge Trophy in Genappe, Belgium. By virtue of his finish, the 19-year-old from Holywood Golf Club moved five rungs up the ladder to 13th place in the Challenge Tour’s Road to Mallorca. A top-20 finish at season’s end will do the trick.

McKibbin suffered only three bogeys over the 72-hole tournament in which he posted rounds of 68, 69, 66 and 68. The middle two rounds were pristine tours of the course. His cards matched those of medalist Alexander Knappe, except for Friday’s second round, in which McKibbin’s 69 was three strokes shy of Knappe’s 66. That turned out to be the difference between the two at the event’s conclusion.

John Murphy made some headway, moving up two pegs to 28th place in the chase for the card by finishing tied for 24th place in Belgium. He shot 66, 72, 68 and 70 to finish the event 12 strokes under par and eight behind Knappe.

Interestingly, Murphy, with 24 birdies over 72 holes, outdid McKibbin in that respect. The latter managed 16 birdies to go with two eagles. Yet, Murphy’s 10 bogeys and a double set him back quite a ways. He especially had trouble with the four par-3 holes, losing five strokes to par there, not managing a single birdie over the four days.

Conor Purcell shot rounds of 69, 68, 70 and 71 to garner a share of 39th place at 10-under. He moved up two pegs to 74th place on the Road to Mallorca and will probably need an outright win in the six remaining events if he’s to crack the hallowed top 20.

The Challenge Tour takes this week off before regrouping in Portugal next week.

Leona Maguire returned to stateside action with a 10th-place tie in the Dana Open at Highland Meadows in Sylvania, Ohio. Rounds of 66, 70, 66 and 69 left her 13 strokes under par for the event and five off the winning score posted by Gaby Lopez.

Maguire’s victory march came up short not so much by misfortune but because she just didn’t put enough birdies on her scorecard. Her first round was bogey-free, and then she took only one step backward on each of Friday and Saturday.

The tournament was there for the taking on Sunday as Lucy Li, the overnight leader, and Caroline Masson, her closest rival, both cratered. Maguire got off on the wrong foot, however, with double bogey at the first hole. She found her rhythm late on the front nine but couldn’t match Lopez, who started the round a stroke behind Maguire and shot 63 to prevail by a stroke.

Maguire came out for this event feeling refreshed after spending over a month in Europe.

“I really enjoyed my time at home,” Maguire said. “It was nice to be back in Europe for six, seven weeks or whatever it was. And then two weeks at home to sort of reset, recharge, and go again and be excited for the second half of the season.

“I think at this point in the season it's kind of easy to get frustrated and lose patience, so that time at home, kind of come out with a little bit fresher perspective and just enjoying being out here.”

Stephanie Meadow shot rounds of 71 and 72 to miss the cut by two strokes. She was given to fits of consecutive bogeys, running off three straight in both rounds.

Both Maguire and Meadow are entered in this week’s Queen City Championship in Cincinnati.

At least he finished above Phil Mickelson. Graeme McDowell, that is. He posted rounds of 68, 70 and 72 to finish 54 holes at the International Golf Club in Bolton, Mass. at even par. That was two ahead of Mickelson but 15 off the low number that resulted in a playoff won by Dustin Johnson. McDowell finished 39th in the 48-man field.

This renegade tour makes its next stop next week in Chicago.