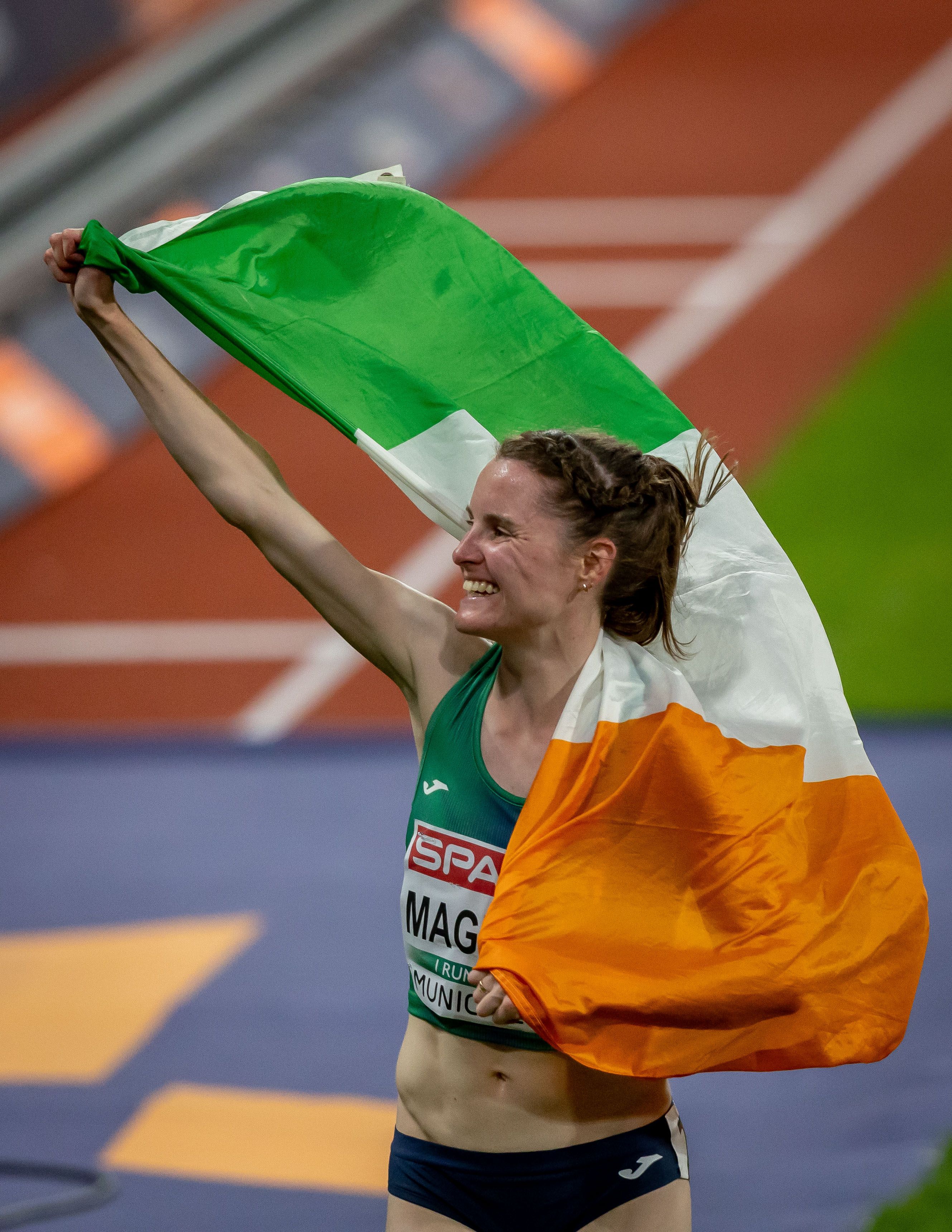 Ciara Mageean celebrates winning a silver medal in the 1,500-meters final at the European Championships in Munich on Aug. 19 INPHO/MORGAN TREACY

On Friday night Ciara Mageean broke Sonia O’Sullivan’s long-standing Irish 1,500-meters record with a stunning run that saw her beat rival Laura Muir for first place in the Diamond League in Brussels. Mageean, who finished second to Muir in both the European Championships and Commonwealth Games, finally got the better of her Scottish opponent, claiming victory in a time of  3:56.63 seconds. That time was not just the fastest that 30-year-old has ever run, beating her previous best of 4:00.15, but it also broke O’Sullivan’s previous Irish record of 3:58.85, which had stood since 1995.The Portaferry star breezed past Muir with ease as they rounded the home bend and edged ahead of Welteji as they hit the home straight before digging deep to repel her rivals, including Muir, who found a second wind to rally as they hit the line.

Mageean said she was on cloud nine, admitting that she never foresaw herself running a time of 3:56. She said: ‘‘I thought I had it in me to go under four minutes. It's never going to be easy to go a low 3:58 having never gone under four before. I knew it was there on my day. I didn't really fathom a 3:56, to be perfectly honest, so I am on cloud nine.’’ As it happens, Sonia was in the stands in Brussels to see her record being broken.