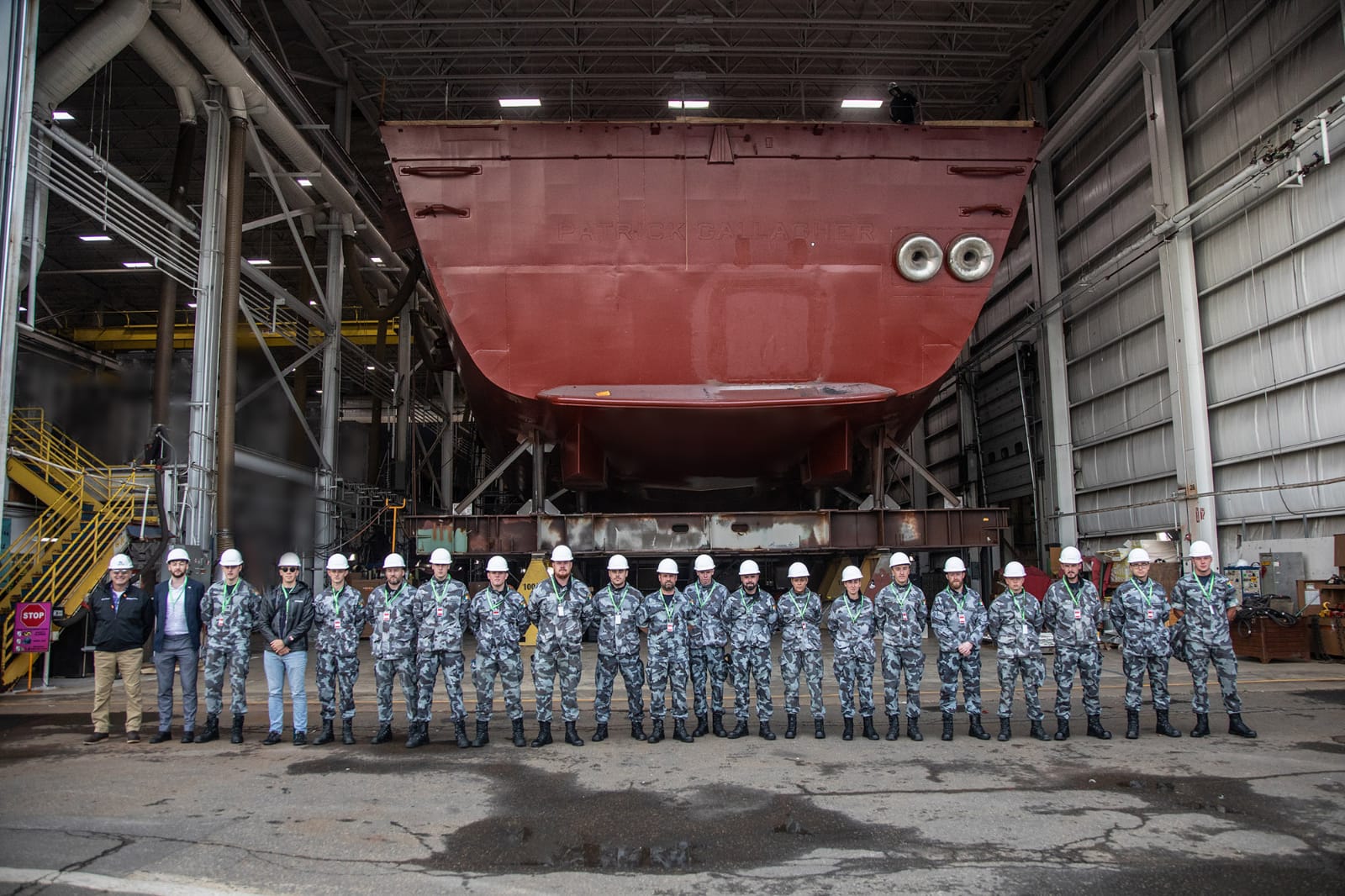 Navy sailors from Patrick Gallagher's homeland have saluted the Mayo man's heroism during a visit to Bath Iron Works in Maine.

Crew members from the L.É. James Joyce, which docked in Portland for a courtesy visit, traveled to the shipyard where work is proceeding on construction of the Arleigh Burke Class destroyer USS Patrick Gallagher.

Earlier the James Joyce has docked in Boston where, as in Portland, members of the public were able to come on board and see for themselves the ship named after the famed Irish writer, James Joyce.

The L.É. James Joyce is one of four Irish Naval Service ships named after writers.

The Boston visit included a pitch for Irish enterprise as well as seamanship.

A statement coinciding  with the visit to Boston said: "On behalf of Lieutenant Commander Donnchadh Cahalane and David Corcoran, Head of New England & Midwest USA, Enterprise Ireland, we kindly request the pleasure of your company at an Enterprise Ireland Innovation Reception aboard the Irish Naval Ship the L.É. James Joyce.

"This reception will welcome the docking of the L.É. James Joyce in Boston as well as celebrate the impact of Irish Innovation in the United States. Massachusetts is home to over 100 locations of Enterprise Ireland supported companies, employing over 5,500 people locally, and we look forward to welcoming representatives from these innovative companies, and welcome our wider network of industry partners from throughout the state."

In Maine, however, the visit to Bath Iron Works provided for a more emotional salute to long cherished links between Ireland and the United States.

The Gallagher is named for Irish immigrant Patrick Gallagher. Gallagher arrived in the U.S. from Ballyhaunis, County Mayo in 1962 and later joined the Marine Corps where he served in H-Company, 2nd Battalion, 4th Marine Regiment, 3rd Marine Division during Operation Hastings in South Vietnam.

Gallagher was awarded the Navy Cross for his actions on July 18, 1966, when he "selflessly threw his body on an incoming grenade," shielding his fellow Marines.

Added the U.S. Navy account of the action: “He quickly pitched the grenade to a nearby river where it safely exploded out of harm's way, without injury to himself or others. Gallagher was killed in action one year later in DaLoc near Da Nang on March 30, 1967."

After a lengthy campaign, and with considerable input by Senator Charles Schumer, the navy, in 2018, was persuaded to name an Arleigh Burke Class destroyer after Gallagher.

That ship is fast taking shape in Maine, as crew members from the L.É. James Joyce can now attest.