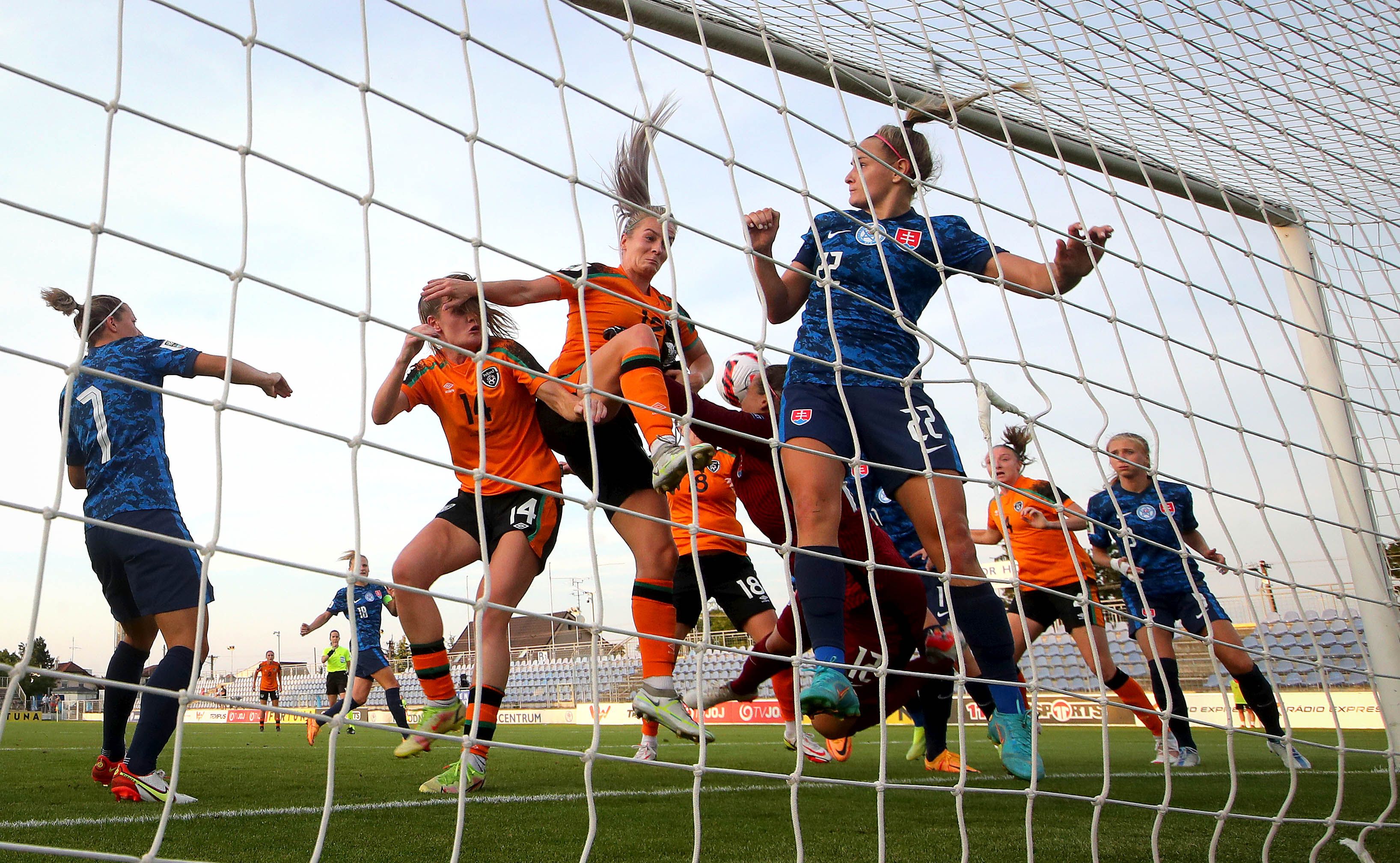 The Republic of Ireland Women’s National Team beat Slovakia 1-0 on the road on Tuesday, thereby giving themselves a bye past this month’s first round of the World Cup playoff process into October’s second round.

The Irish women secured an historic playoffs place with a 1-0 win over Finland in Tallaght Stadium, Dublin, last Thursday. Taking all six points off of the Finns in their two games was key to achieving the Republic’s stated aim of finishing second in the tough Group A that also include ultimate winners Sweden.

Vera Pauw’s Ireland avoided having to secure the playoffs place in today’s away game in Senec, but having gotten the win in Dublin they were expected to do well against a Slovakian side that had little to play for, trailing as they were in fourth place behind Finland. Sweden, who secured direct qualification for the 2023 World Cup in Australia and New Zealand beginning July 20, beat the Finns 5-0 today to top the group with 21 points after 8 games; Ireland had 17; Finland 10; Slovakia 8; and Georgia 0.

Louise O’Sullivan scored the only goal with an excellent strike (37th minute) in a game in which the Irish were very much in control throughout. Most of the 500 in attendance at what is usually a training ground were traveling Irish fans. In contrast, Ireland’s Lily Agg headed the winner (54th minute) somewhat against the run of play vs. Finland in a full-house at Tallaght Stadium last week.

Former international Stephanie Roche in the RTE commentators’ booth beside George Hamilton named Jessica Ziu the Player of the Game in Slovakia.