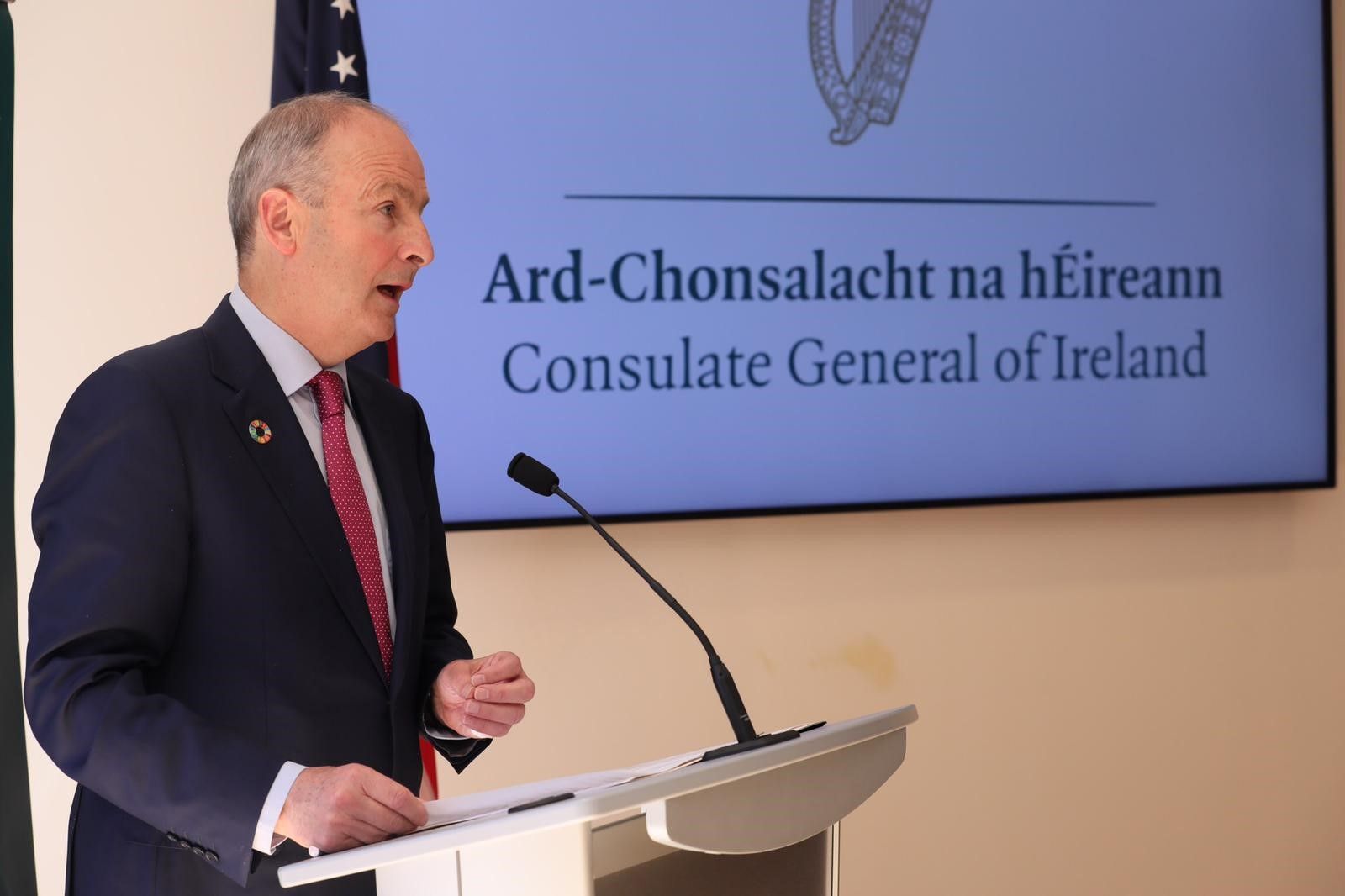 It's a good thing that Ireland doesn't border Russia, though unwelcome visits by Russian bombers and warships have been a reminder that Europe isn't all that big.

Be that as it may, Taoiseach Micheál Martin did not hold fire at the United Nations last week when he delivered Ireland's annual address to the opening of the General Assembly - in this instance the 77th.

Martin accused Russia of acting as a rogue state, a description that actually falls short of the barbarity that has been unleashed on Ukraine and its people these past seven months.

At the outset of his address, Martin told the assembled nations that, this year, Ireland marks the centenary of the formation of the Irish Free State.

That Free State quickly joined the League of Nations and in his first address to the Assembly of the League of Nations the following year, then President of the Irish Government’s Executive Council, W.T. Cosgrave, spoke of Ireland’s commitment to "avert the ancient evils of warfare and oppression; to encourage wholesome, and to discourage unwholesome relations between nation and nation; to enable even the weakest of nations to live their own lives and make their own proper contribution to the good of all, free even from the shadow and the fear of external violence, vicious penetration, or injurious pressure of any kind.’"

These, said Martin, were the ideals that guide Ireland’s foreign policy to this day.

Said Martin: "These same principles, articulated one hundred years ago, as the League’s newest member, continue to inform our actions today. The belief that all countries have an equal right to live in peace. That all countries, no matter how small, have a contribution to make to international peace and security, and to economic and social development. That all people have the right to live in dignity; to have their human rights and fundamental freedoms respected.

"President, Excellencies One hundred years on, we, as a global community, are very far from living up to these principles. We convene here at a time of crisis."

That crisis, according to Martin, was wide ranging and included hunger and food insecurity and climate change.

And then there was what he described as "the most blatant disregard for international law and for the UN Charter on my own home continent of Europe."

And so to the elephant in the room, or rather the bear: Russia.

Sid Martin: "At this time of heightened nuclear threat, it is deeply regrettable that one country alone, Russia, prevented agreement at the Tenth Review Conference of the Nuclear Non-Proliferation Treaty last month.

"The heightened nuclear risks arising from Russia’s aggression against Ukraine, and the threats to nuclear safety and security resulting from military activity in and near civilian nuclear facilities in Ukraine, are unprecedented.

"In the past few days, many of my colleagues in this Hall have spoken of Russia’s illegal and immoral invasion of Ukraine. For European Member States in particular, this carries dark echoes of our continent’s past. We face an expansionist power, brutally invading and occupying a peaceful neighbour.

"We faced this many times in Europe in the 20th century. We did not think we would face it again in the 21st century.

"In Ukraine in July, I heard first-hand accounts from civilians of the brutality and violence visited upon men, women and children by occupying Russian forces. And where Russia’s forces have been pushed back, we have seen the wanton destruction, and the uncovering of mass civilian graves, such as in Bucha and more recently in Izium. We have seen the targeting of nuclear facilities and of civilian infrastructure.

"And now we see President Putin plan sham referenda in eastern Ukraine, aimed at forcibly changing Ukraine’s borders, in clear violation of the UN Charter. We have to name what we are seeing. These actions, taken collectively, show Russia behaving as a rogue state."

This was something of a pulled punch. Russia has gone well beyond mere rogue status. But Martin didn't have to spell it out much beyond that. Russia has left little to the imagination in terms of its savage brutality, unleashed not only against Ukraine, but indeed many of its own people.

Meanwhile, back in Dublin, Russian ambassador to Ireland - and that title is used with reservation - Yuriy Filatov, hit back at Martin's description of Russian referenda in eastern Ukraine as "shams."

There is much that is regrettable for sure. Filatov didn't get into the gory details of torture, mass murder, the targeting of civilians, the threat of using nuclear weapons, and all the rest of 21st century Russia's contribution to the human family.

Messy stuff for sure, and beyond the permitted brief of this dubious diplomat. The man has long worn out his Cead Mile Failte.