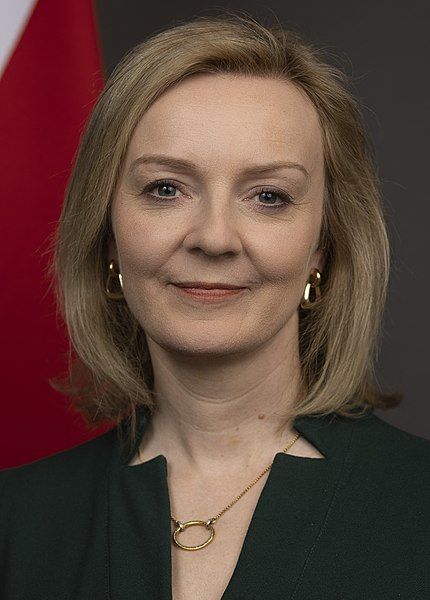 The American Brexit Committee is delivering a message to British Prime Minister Liz Truss as she attends the United Nations General Assembly opening in New York this week.

The message is simple: Hands off the Good Friday Agreement and the Northern Ireland Protocol.

In a statement, the committee said it was formed to monitor Britain’s exit from the European Union and "to highlight the bullying and malice they’ve employed ever since in Ireland and Northern Ireland."

Continued the statement: "While campaigning to be Prime Minister, Ms. Truss offered little hope for change from the folly of Brexit. She still wants America’s help with a ‘bail-out’ US-UK trade deal and other concessions while undermining the Good Friday Agreement (GFA) and the Northern Ireland Protocol (NIP). The Protocol is part of the EU-UK treaty signed only three years ago. Britain’s obstructing it is classic British arrogance and insulting to Americans."

Individual ABC members offered their views in the statement.

Pennsylvania-based ABC chairman John Corcoran said: “Our relationship with Britain at this post-EU junction requires our review and reset. The cavalier dismissal of international law and treaty obligations do not bode well for trade and the mockery of the democracy, human rights and the rule of law principles of the 2021 US-UK Atlantic Charter reduces Britain’s image in the minds of many Americans as not 'special' but obnoxious.”

Cleveland, Ohio-based businessman John Conway said: “The NIP was specifically crafted by the British and EU to address issues arising from the conduct of commerce on the partitioned island of Ireland. In a relatively short time, the access to the British market and to the EU Single market has boosted the prosperity of all of Ireland particularly in the critical agriculture, export and tourism sectors. Ireland was partitioned in the first instance to help Britain control an economic competitor and their fighting the Protocol proves their insincerity at making it work.”

Tim Cotton in Virginia described Britain's attempt to address nearly 1000 civilian killings in Northern Ireland as a fear of the truth and the consequences for their war on Her Majesty’s Subjects most of which were Irish citizens.

“Britain spent 30 years obstructing every legal or procedural inquiry into those killings knowing many are linked to collusion between the police and British security services. Ms. Truss now claims these cases are too old and too difficult to investigate or prosecute. Her solution is to abandon the rule of law and EU Article II opting for a criminal cover-up of the legacy crimes," Cotton said.

“For over one hundred years,” concluded Maryland-based Kathy Kelly, “Britain has been manipulating the politics of the Republic and Northern Ireland to suit its purpose. Today it uses the Northern Ireland Democratic Unionist Party (DUP) to cripple government functions, to force elections, and to postpone majority rule by Sinn Fein as long as possible. In the words of Boris Johnson, the Irish unity poll, a GFA obligation, is to be delayed, 'for a very, very long time.' Britain has never wanted democracy for Northern Ireland, nor will it be allowed.”

The committee statement concluded: "If talks with Prime Minister Truss are to be a productive, she must first be prepared to shelve this agenda which hurts Ireland, an ally of long-standing. The Department of State is currently preoccupied elsewhere in the world and given their conflicted role in objecting to President Clinton’s peace initiatives leading up to the 1998 GFA, we have urged the National Security Adviser Jake Sullivan and Mike Donilon, Senior Adviser to President Biden, to take on the task of persuading Prime Minister Truss that America’s cooperation with Britain will require these issues be first addressed."